Yoga Saved My Life: My Journey from Worrier to Warrior. 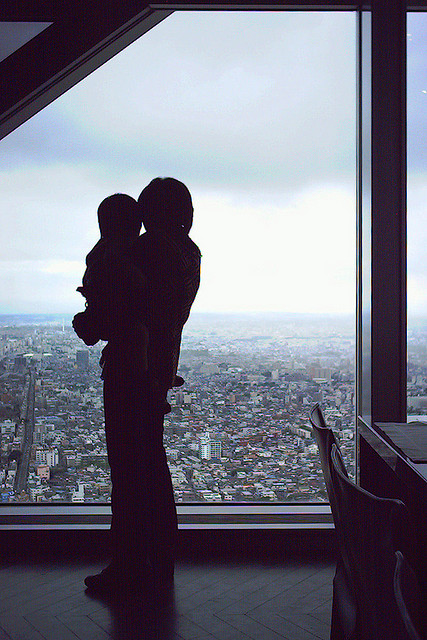 A year ago today, I went blind.

Nine days after the birth of my daughter, my brain began to bleed and I awoke in the Intensive Care Unit. I had suffered a stroke.

The function of the left side of my brain had been compromised, my vision was blurred, and the hope of being at home with my brand new baby was shattered. Before the bleed, I was a healthy and happy 34-year-old woman; after the bleed, I became someone I couldn’t even recognize.

After two weeks my vision slowly returned. The swelling in my brain had diminished but not disappeared, and I was released to go home and attempt to resume a new kind of normal as a stroke survivor. I was sent home on seven different medications: anti-seizure, anti-nausea, pain medicine, blood pressure medicine, migraine medicine, anti-anxiety and anti-depressant. I could barely walk to the end of the driveway; I couldn’t sleep, eat, smile or enjoy the new life I created after almost losing mine.

A few weeks passed and my partner returned to work. Once I was home alone, I suffered the aftershocks of trauma. PTSD, anxiety and post-partum depression crept in as I struggled to make up for lost time as a mother. I couldn’t leave the house or get through a store without panic, go a day without crying, or properly take care of myself and my children.

I remember the morning I couldn’t get out of bed because I was paralyzed by the thought of living another day in that state. My partner called in to work, and I reached out for help. I had heard of a post-partum outpatient program in our area, so I called, and the next day I was there participating in the beginning of my journey toward healing. I stayed in the program for three months, going every day. We worked on mindfulness, exposure and many other tools to emerge out from under the shell we had created for ourselves.

Little by little I began to see some light in life.

One Friday evening I got a phone call from a friend asking me to join her for an early Vinyasa Yoga class at a studio close by. I accepted her invitation, going against my anxious nature.

The next morning, I found myself on a mat beside 20 or so other people who looked much more fit and ready than I did. My sweat turned to tears as I could barely bend down for a forward fold. I fell through my planks, toppled through any type of balance pose. People twice my age were upright and upside down with what seemed like minimal effort, while I barely made it through the class without panicking.

But something happened that day that I have yet to fully understand. A switch went off, and I decided to go back and try again.

After a few weeks I began to notice subtle changes. My moods were more balanced, the light came back into my eyes, I was sleeping better, and I had a bit more energy to get through the day. I started attending yoga class every day. I would scramble to find a babysitter for those 90 minutes; they were quickly becoming the most important 90 minutes of my day. And even though I was unaware of all that was happening on the inside, my journey toward healing began to accelerate.

Planks became my resting pose, my breath became strong and assured, pain transformed into a teacher, and the sweetness of life began to flow through my ruddy and mucky veins.

Fast forward to today. I have been practicing yoga nearly every day for four months. I have become an intern at the studio where I began. My left side function and strength has returned, I have not had a panic attack in four months’ time, and I am down to two medications from seven. I look better, I eat better, and I feel better—but most importantly, I process life better.

Yoga has taught me that I cannot go over or under, or above or around, my experience; it has taught me to go through it. In each pose, no matter how much pleasure or pain goes with it, I am working out the kinks of trauma, regret, insecurity and fear. With each breath I go deeper, find more strength, and become more aware of who I am and always was.

My body has gained flexibility and strength, and my mind has begun to balance, but best of all, yoga has healed my heart. Deep down where once stood a fearful and hopeless worrier, there now stands a strong, peaceful and resolved warrior. 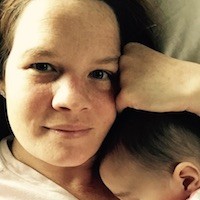