4 Reasons why we Shouldn’t always Mind our own Business in Public Spaces. 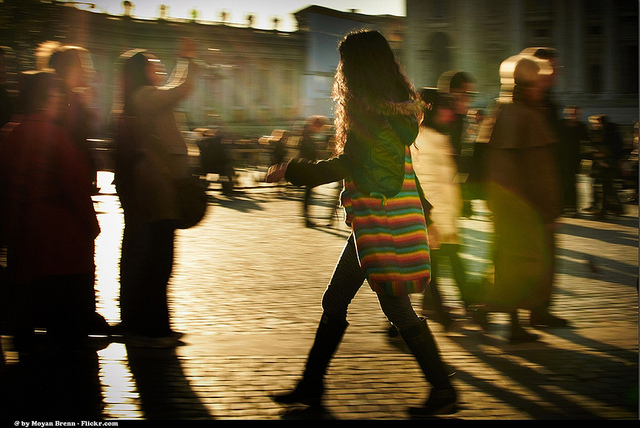 One of my least favorite things is when people are unaware of their surroundings.

I am not referring to those who don’t notice the pretty flowers that have just started blooming along their walk to work. What drives me bonkers is when people pay no mind to the physical space they take up, and how that space can and does affect others directly around them.

One of the places this happens most often is in the midst of large crowds, like the busy commute after a long day, or the rush to that class in which you’ve already been late twice. A stranger is walking toward you, and you can see it in their eyes—they are not fully present in their body. They’re focused on something else: The bus leaves in two minutes! My keys are still missing! What am I going to make the kids for dinner? Then comes the moment you have been waiting for since you saw them coming— you collide. They walk into you or push you off the sidewalk so that you are practically forced to walk into oncoming traffic.

This. Drives me. Crazy.

While I totally understand what it feels like to be outside of myself, lost in the depth of my thoughts and lists and daydreams, I find it so inexcusably rude to physically bump into someone or to run them out of their own space and then proceed to be completely oblivious to the fact that it even happened. Being distracted is one thing; when it happens, apologize and move forward—we are all human here, no biggie. But when you move someone out of their own space and don’t even acknowledge it, that, to me, is just ridiculous.

It means something deeper than just not being aware of your surroundings. It means you find your own thoughts and worries and experience to be more important than another human’s, which is honestly the root of most of evils of this world. To run into someone and not apologize or acknowledge it says, “I do not respect you or your presence here. I am more important.” Perhaps if humans were more mindful of the space they hold, they would also be more open to and respectful of the space and identity of others.

Here is a list of some of the ways I have noticed human beings respectfully sharing space, and the deeper meaning I’ve found behind the actions themselves.

Stay in your lane.

We all have our strengths and weaknesses, just like we all have things to worry about. The best way for a community to function and thrive, is when each part of the community plays out its individual role. If we look at the morning commute the way we look at an ecosystem: each animal, each plant, each entity working together to keep the environment flowing, we can understand just how important the individual is to the whole picture. The more we practice the importance of staying within our space, the less we run the risk of intruding upon others.

You know that movie where the boy lives in a bubble he made for himself, for fear of being exposed to the outside world? In many ways, that is how our society functions. We are all in our own little worlds, just trying to get from A to B safely. If we recognize that other people feel the way we feel, tired, in a hurry, desperate to get home, we can then gain a new level of respect for their experience. We all need to feel safe and we all need to get home. By recognizing others boundaries, we are also respecting that their personal space is something that is important enough to be upheld. It all boils down to the classic kindergarten rule, “Do unto others as you would do unto yourself.”

Feel the earth beneath your feet.

Most of us wear shoes when we are out of the house these days, so when I say this, I mean it more figuratively than literally. It’s mostly about practicing mindfulness, being aware of each step we take—of the flowers blooming, of the single mom with three children running to catch the bus, of the fact that today you might be tired, but she might be exhausted. Being tired is normal, human, and expected, but it is important to be aware of the fact that other people feel these things too. And the easiest way to do that, is to be in tune with what is going on around you.

I once saw a man miss his train in order to hail a cab for a woman. She kept apologizing and he kept insisting he’d catch the next one. He noticed the needs of another. He noticed it was raining. He thought about how it would feel if it were him stuck in the rain trying to grab a driver’s attention but failing each time. He chose to act in the best interest of another person; he chose to put someone else before himself. This concept is revolutionary. It can and will change the way we function as a society, but only if we actively practice it. This is not something that always comes naturally to human beings, but I truly believe the ability is inside all of us.

Living with our head beneath the clouds, rather than in them, can be a starting point for living every aspect of life more mindfully. Why not start with our daily commute?  Who knows, we also might even notice the flowers.

Mindfulness and Self-Possession Found in a Hidden Place 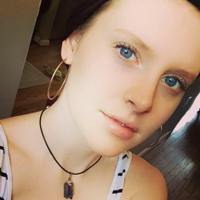