How our Yogic Energies can Save the Planet. 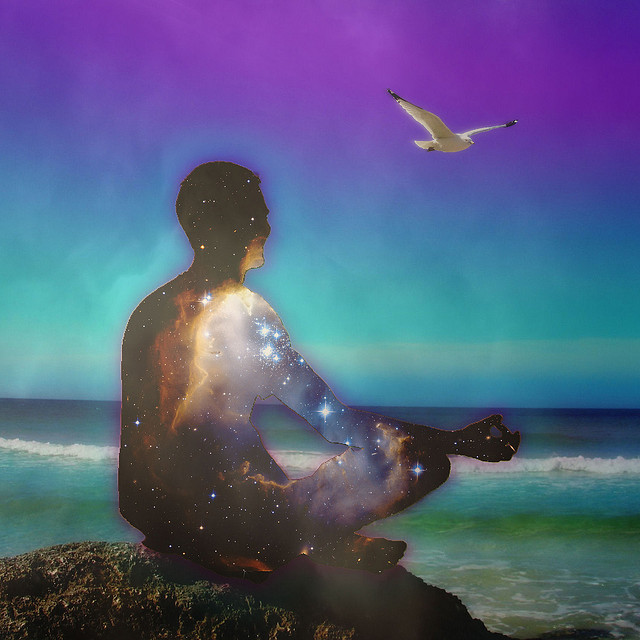 I am not a meditation guru, so fortunately this article is not really about meditation, although I do have a meditation story to share.

I’ve practiced meditation for around 15 years on and off. Benefiting hugely from it but sometimes unable to keep it going when life gets busy—just when I need it most! I’ve used various approaches and techniques and found that mantras and breath focuses are the most effective for me.

Another favorite of mine is a visualization method I learned from Deepak Chopra. It involves picturing your energy being initially very small but growing slowly outwards until it eventually fills the entire universe—using the mantra, “Aham Brahmasmi’,” or, “I am the universe,” subsuming everything within it.

I had been regularly practicing this for some time and it helped. Although at times it felt a little contrived, until one day it just came so easily. I genuinely felt like I was having a non-local experience and I could somehow tune into other places and scenes, other people’s lives.

I particularly remember one scene in a hospital ward where a new life had just entered the world; it was truly incredible, magical. I’ve never again had such a powerful yet effortless meditation experience.

Was this vision actually happening or was I creating it in my mind, like making up a story?

I’ve reflected on this experience many times and although I don’t understanding the mechanism, it always reminds me that none of us can really claim to be separate individuals. As much as we love to think of ourselves that way, we are in fact deeply interconnected.

Meditation is part of the yoga tradition—yoga in the widest, most holistic sense, beyond the physical postures alone. Although for some it’s useful to think of the physical practice as a flowing meditation.

In his beautiful book The Mirror of Yoga, Richard Freeman illuminates one of the key features of a yoga practice. He writes:

“Through a consistent yoga practice we gradually learn to switch easily between seeing points of view – the specific and the universal perspective of our experience.”

Perhaps what occurred during my meditation was a glimpse into the universal perspective that Freeman talks of? Had I observed the fundamental truth of our inter-being?

The point is that what we usually see as the specific, is in truth, just one expression of the universal. The same principle applies to our life energies. We often believe that we have our own life-giving prowess when in reality we are completely dependent upon the air we breathe, the water we drink, and the food we consume. And each of these are dependent on a myriad of other factors.

Pursuing this line of inquiry we eventually realize that nothing truly exists as a discrete entity, everything is just one point in a web of relationships. But Freeman warns us of our tendency to ignore this fundamental truth. He writes:

“With the blink of an eye, the distorted ego is ready to lord over the body, the mind, all others, and eventually all of creation.”

One of the primary examples of this in the present era is our attitude toward the natural world. Rather than acknowledging the truth of our interdependent relationship with nature, we have been on a quest to dominate and master it. We can now clearly see that this has resulted in the environmental crisis that we find ourselves in the midst of.

“Modern man…talks of a battle with nature, forgetting that, if he won the battle, he would find himself on the losing side.”

Working along similar principles in the early 1970s and inspired by the work of Rachel Carson’s, Silent Spring, environmental philosopher Arne Naess wrote a short paper in an obscure journal which laid out his formulation of deep ecology:

“Deep ecology essentially argues that it is our modern belief in a fundamental separation from nature which has led to our shallow relationship with it.”

Naess writes that once we see and understand our interconnection with all other life (what he calls self-realization), we will be motivated to truly care about more than just human society.

He describes the fundamental nature of reality as being a web of intrinsic relations. I wonder if this is what my meditation experience had revealed to me.

The natural world is being put under increasing stress by a burgeoning human population. We seem to be under a spell of materialism which sees nature as an endless source of products.

To turn the tide and move in a new direction, it would be wise to heed the words of these great thinkers and recognize our entanglement with the natural world. From that entangled perspective it is not humans versus nature, but humans and nature together; and from that view we cannot but have respect and kindness towards all life. 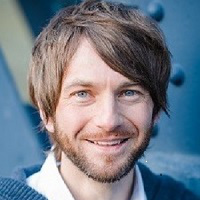