What Happens when we Stop Talking about Letting Go & Actually do it. 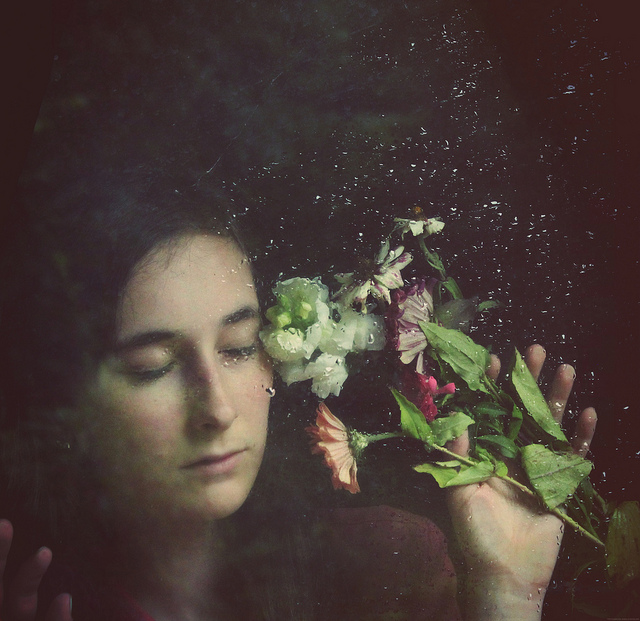 I write a lot about letting go—it’s been a particular focus for me in the last few years.

I had to let go of a career that I had invested time, money and energy into obtaining when I realized that I was on the wrong path.

I had to let go of the town that I had built a life in and settle somewhere new.

I had to let go of my idea of financial stability.

I had to learn to let go of the vision I had in my head of my life and its timeline and learn to see myself instead as I am now.

Yes, I’ve written a lot about letting go because it stays on my mind. It’s a constant struggle for me to not hold so tightly to what I want because I’m so afraid of loss. Loss has sat with me for so long, and I’ve grieved for more than I ever thought I could.

But there is another side to letting go. It’s a story I’ve only ever mentioned in passing because it sat so deeply inside of me that dislodging it often causes other things to be set free. I was always afraid of setting too much of the past into motion by shaking off the dust of this story.

Besides, I had moved on. What would be the point of resurrecting it?

The point, of course, is you, dear readers. Because as much as I’ve talked about struggling with letting go, I haven’t shared the one time that I successfully did it.

Years ago, I had a best friend. He stayed in my life through one relocation after another and became the rock that I built my house on over the years. I knew that I could rely absolutely on his presence in my life. He became the one person I trusted when life was uncertain. We were friends through middle school, high school and most of my college career. We weathered a lot of changes over the years, and I counted on him to be the one person who would never, ever leave me.

It took months of unanswered letters and screened phone calls (think of it: a life before texting and social media) before I realized that he was simply no longer willing to be a part of my life. I didn’t know why. I still don’t, not really. And it broke me.

I spent about 10 years grieving for him. It actually became the story that started to define so much of my life, because his leaving had confirmed very dark suspicions that I’d held about myself—that I was easy to leave and hard to love and that I could never, ever count on anyone. And it was a long time before I truly trusted again.

I think we’ve all had friendships that meant a lot to us, that became a part of our life story in ways that we wouldn’t realize until after they were gone. And I think most of us have lost friends along the way and grieved the loss of those connections. It’s not that the story itself is unusual, except for the fact that I held on to that story for a decade of my life. It seemed like I would never stop grieving the loss. There was no closure, and I had no way of knowing what happened or how he could have done to me the one thing he knew would hurt the most.

But there was a point when I simply stopped grieving. I had had enough, and I wanted to find peace. I didn’t want to carry around the baggage of that loss any longer or let it define my life.

Now I can tell the story of his loss without feeling like my heart is going to burst. I can say his name without crying, and I no longer allow his departure from my life to define all of my other relationships. Sure, I’m still afraid of loss, like most people are, which is why I hold on. But I don’t automatically assume that everyone I love will leave me, as I did for so long after he left.

There is another side of letting go—the side when we’ve simply released the story, allowed it to just be another part of our past and not the whole of it. We can be grateful that we had it and still sorry that we lost it. But when we can tell the story without it meaning everything, we’ve moved on. When we can share it without the pain, we’re there.

It does, actually, get easier with practice, and I knew that I could not waste another decade of my life mired in grief for someone who didn’t think that I was worth the time or a simple explanation.

We all deserve to be with the people who make the effort and take the time to be with us. We deserve to have friends, lovers and even family who are as invested in us as we are in them, and we must learn to let go when that’s not the case.

So this is my missive to those who are still sitting inside the struggle of letting go: it takes time, and it hurts like hell.

But one day you will wake up and be able to think of the loss without it stealing your breath. One day, you will be able to tell the story of your experience without it defining you, and you may even be able to use it to help someone else.

When that day comes, we become able to make that loss another part of our story and not the story of our lives. We allow it to become something that happened rather than everything. We give ourselves the peace and the closure that was denied to us because it gets ever so tiring carrying around that sort of baggage, and no one ever wins a prize for having done it.

Letting go is a process, and I’ve very publicly struggled with it. But this is me telling you that it’s possible. That once I loved and trusted someone with my whole heart. That I lost him and had no closure. That I grieved the loss for about 10 years and allowed it to reinforce negative belief systems that I allowed to define me.

And that I finally got tired of carrying that story around, and I let it go.

And I’m telling you this story now, clear-eyed and glad now that I can pass along my story in the hopes that it gives you strength to persevere a little longer. I hope it helps you learn to lay the loss down, to stop grieving for what’s gone, to find healing for your very worthy hearts.

Let it go. Lay it down. Walk away. We needn’t carry it any longer.