What I Learned from Teaching Yoga to Cancer Patients. 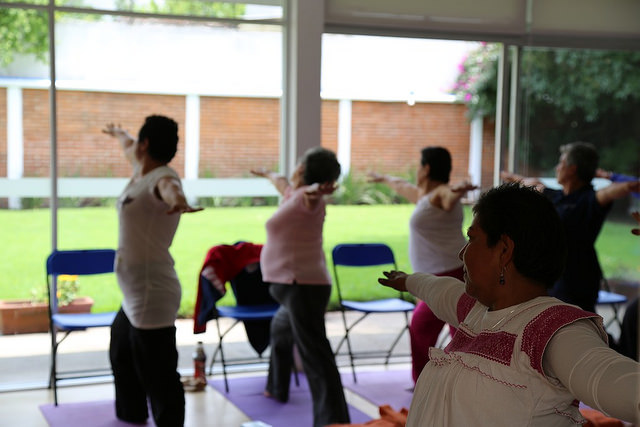 Thirteen years ago, I taught yoga to cancer survivors. It was one of the most enriching things I have done.

It was also a difficult job. I worried that I wouldn’t be able to offer the students what they were looking for and that my teaching would be too intense.

As a nurse, I innately wanted to make them better. It was an unspoken expectation that I had for myself that I could be more to them than an asana teacher. That somehow I could heal them and relieve their suffering.

The class was comprised of three students, Annette, Runai and Jenna. They would come week after week and after a while, we became familiar with each other.

One week I focused on Reiki and attuned them, and then we practiced this healing technique on each other. For a period of time, when the building was being renovated, we ended up going to my house for class.

They were a delightful group, both fragile and hardy. Annette was in her 70s, a thin and finicky woman who made it her life mission to battle cancer; “fight it” became her purpose for living. She was diligent about embarking on all things healthy. Annette was a staunch supporter of all that she believed in and luckily I was one of the people she supported.

Sadly though, she succumbed to cancer after the first year that I taught there. Before she died, she kept a journal that her husband sent to us. The journal was a lesson in mindfulness—as her body started to shut down, her mind became more attuned to its sharpened, but declining, senses.

In her last entry, she described the noises she heard as she laid motionless, the birds outside her window, the cars passing by, the sounds of her husband’s footsteps, and the feel of her bones while the smell of death approached. Poignant, pure and raw, her final words were a teaching in how to live richly and not wait until the curtain starts to close.

Runai, a Japanese woman whose name means beauty and power, was—and is—one of my biggest inspirations in how you can do anything with fortitude. She was small, as was Annette, and also willing to do just about anything to live. A non-smoker with 4th stage lung cancer, she was married to a man from Germany whom she met while living there 40 years earlier. They were an intellectual match when they were first together, both brilliant scientists who spoke four languages.

Soon after moving to America though, her husband had a debilitating stroke. With him no longer able to speak or walk, their relationship changed dramatically. She became the primary caregiver for him. She weighed less than 100 pounds when I met her, but she garnered the strength to do all of his custodial care and cook his special meals from his homeland. Her need to live was altruistic and her purpose was to serve him.

Her husband had grown more demanding and cantankerous over the years and the only self-care that she allowed herself was the weekly haven found in our Friday morning yoga class. Runai so cherished the class that one week, during a snow storm that shut down the city, she called me and said that she might not be able to make class that day as the plow hadn’t come on her street. So incredulous was I that she would even consider that class was still on. Runai died shortly after I moved out of Philly. I still think of her from time to time and remember that the will is stronger than the body and all things are possible.

Jenna was the youngest of the students and a loyal friend, devoted mother and a survivor. A practical hippie, her story (I suspect) runs deep. From Alaska, she exemplified a tough woman, as all the women I met there were. She would say in class that she would weep when she saw the trucks stuffed with pigs that would drive by our town. I did not understand the full impact of factory farming back then. Not the way that I do now. My memory of Jenna is a strong woman with a compassionate heart.

I would wonder back then, “Do amazing people get cancer or can cancer turn people into amazing people?” Teaching those ladies taught me so much. It taught me that cancer can be a redeeming experience because some people seem to come through with more than they had before they got sick. It helped me to understand the importance of living in the now. It taught me that the outward perception of fragility can be wrong and people who dig deep into their purpose can be fortified to get through anything. I learned not to wait until I get sick to attune to the little things in this life and to look at what is around me with mindful-compassion, to notice all that there is—the good and the ugly—with open eyes.

By nature, my teaching was rigorous and it was a challenge for me to teach people who were in a delicate state, both in body and mind and to scale back what I taught. It was difficult to teach to those angry, scared, and raw parts of people. Those who were strong because they didn’t have a choice to be any other way. I was deeply humbled and frightened by the experience. I was nervous before each class even a year or two after starting there. I felt like I didn’t have what they needed. Like if only I had the perfect pose or adjustment or embodied Reiki energy in a certain healing way that maybe they would get better or at least it would lessen their wounds.

I often left class unsure of myself, with a nagging feeling that I fell short somehow. The recorder in my brain played “not enough” each week as I left class. I now know that, in many ways, I was enough and that they weren’t looking for me to heal them, but just be there for them. To offer my presence in a space of shared community. That just by showing up with love, this was more than enough for them.

I would like to say that, years later, I no longer have these insecurities, but that would be untrue. I still do. What I do have now is insight and compassion into my own humanness—my own faulty expectation of what I need to do to help people. With this insight, hopefully I can learn to allow myself to just be with and sit with what is for others—without trying to heal them or make them better, and maybe this alone will be enough for them and for me. 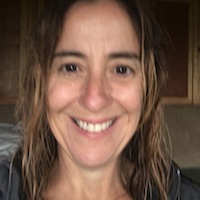