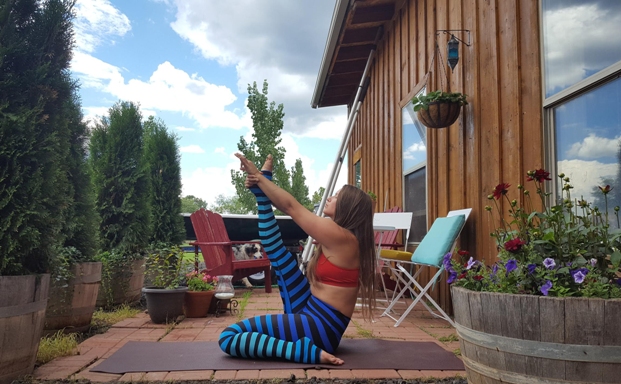 New Age folks have been recommending crystals for common ailments and social issues for years upon years, and many receive eye-rolling sighs in response.

Even if the phrase “malachite sucks negative energy out of a room” sounds like hippy nonsense, the use of crystals dates back to ancient dynasties. The famous scientist Nikola Tesla believed that all things that exist in the universe do so with their own vibrations and frequencies, and crystal healing aligns with this thought. This theory also supports the idea that certain vibrations can have a positive or negative effect on the surrounding frequencies.

Crystal healing relates quite closely to the understanding of chi or qi and the Hindu and Buddhist theories of the Chakra system. The chakras are said to connect the life energy (qi) from the earth to the crown chakra, where it is gifted back into the universe and then rains down upon the earth, destined to continue the cycle. Crystals are used to align, clear and heal this life energy as it moves through the Chakra system and other meridians in the body. Similarly, we can alter our body’s frequencies by aligning the mind with the body through yogic movements, breathing and meditation.

Combining the ancient and widely practiced new age techniques of crystal healing and yoga should only enhance our ability to self heal which ultimately allows us to reach out in hopes of healing others.

A Brief History of Crystals in Archaic Culture

Ancient Chinese healers would use crystal-tipped needles in Prana healing and acupuncture, while Romans preferred to craft talismans that enhance health and protect soldiers in battle. Other ancient cultures, including the Japanese, Egyptians and Greeks have well-documented uses of healing gems. In Ayurveda, the nutritional science of yoga, Indians consider crystals ideal for metaphysical and emotional imbalances. The Hindu Vedas meticulously break down the different healing crystals and how they can enhance and heal our vibrations. This foundation in Ayurveda is perhaps the beginning of crystal healing and the groundwork for the incorporation of crystals into yoga.

Where does Yoga Fit In?

Yoga is the practice of aligning the mind and body through various breathing techniques, meditation and yoga postures referred to as asanas. In the modern world, oftentimes those who want to unwind and reduce stresses or anxieties turn to yoga. Crystals will enhance the ability to find stability and strength in balance throughout yoga practice and help us to take yoga off the mat. While we are giving off vibrations on our mats, a delicately placed crystal is also giving off healing frequencies that we interact with. This can enhance our practice and our own vibration to bring more mind-body balance into our lives.

The Crystals that Matter

As with essential oils and herbs, it’s best to start small and then grow a collection with crystals. There are a few healing gems that could be considered essential to an enhanced frequency yoga practice. Some yoga is designed to raise the kundalini up the chakra system, so some yogis prefer to get seven crystals, one associated with each chakra.

If you’re just looking for the bare essentials—crystals not drawn from chakra oriented energies—look for:

Rose Quartz: Love and forgiveness are key with rose quartz, a healing crystal of the heart chakra. Use during Savasana to highlight self love and external compassion.

Clear Quartz: Enhance clarity of the mind while also allowing the body to release emotional and physical trauma. This makes Quartz crystal ideal for Savasana.

Amethyst: Keep this stone nearby during restorative practice to align all of the chakras. Great for us who need assistance with patience, stability and peace.

Fluorite: Calm the restlessness in the mind and transition out of the chaotic world with the frequencies of fluorite. Fantastic in bringing the third eye in solely on the breath even on the busiest day.

Onyx: Supremely grounding, Onyx is a must have for any beginner yogi. Opening up the meridians and energy space can be overwhelming but Onyx will protect an energy space and keep us feeling connected to the earth.

How To Incorporate Crystals in our Yoga Practice

There are many ingenious ways to enhance our practice with crystals that are not only simple, but effective.

Crystals can be placed on or around the mat during practice to heighten the positive vibrations surrounding the asana. For example, on back-bending days place a rose quartz on the back edge of the mat for help in releasing any pains that may be melting off of the heart.

Fluorite can also help to bring awareness to the practice and off of the other to do lists of the universe, making it ideal for joining us at the front edge of our mats.

Also think about placing crystals directly on the chakras during Savasana for an added release after yoga. Amethyst over the third eye can help promote harmony of the mind-body and a quartz held in each hand will stimulate clarity and enlightenment.

It is even possible to bring crystal energy anywhere with us without actually carrying the stones themselves. There is new conscious yoga activewear created from close up images of crystals to help us be mindful of the frequencies of these gems even when we’re not around them. This is just one of the many ways that crystal magic has been infused into modern yoga culture, just showing the power of these rocks. There are also countless consciously created malas and bracelets made of healing crystals built to inspire us during practice.

Crystals aren’t just a hippy way to defer the mind from our common ailments, they are a powerful tool that, if used properly, can help shift the paradigm of negative thought into non existence and turn us into happier, healthier people. 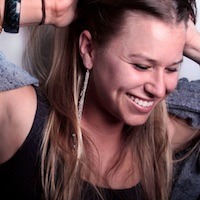