Yoga-ing my way through Life: Why it Sucks Most Days. 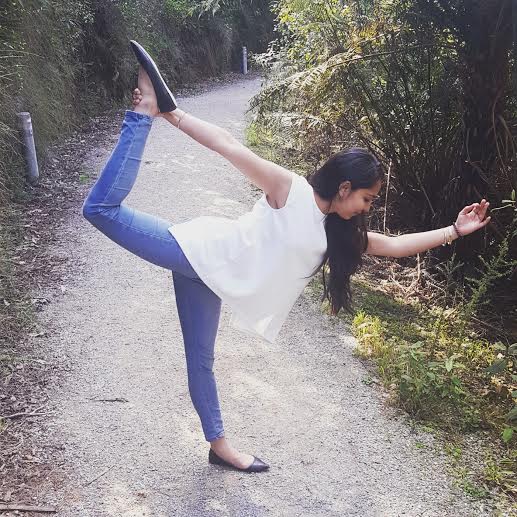 Some days I wish I had never gotten into yoga.

Yes, some days I detest it.

It’s not yoga’s fault. It’s my fault. I remember thinking in my first class that I would feel relaxed after yoga—and yes, that happened. I felt brilliant, balanced and calm. So I went back. I got onto the mat. Again and again and again.

Eventually, the actuality of yoga surfaced. As I practiced the Warrior poses and the Surya Namaskars (Sun Salutations), I began to understand a part of me I didn’t know even existed earlier. Asanas eventually didn’t feel like asanas. There’s more that came up.

I remember having a really bad argument with my friend and hanging up. After about 10 minutes, I called her back and said I was sorry. Where the hell did that come from? I would not do that usually. I was so stubborn and usually thought I was right. Even if I wasn’t.

Yoga. Surrender of the ego. What’s the point of stroking our already inflated egos that tell us we are always right and only our way is correct way? Just let it go. We probably aren’t right, nor are we wrong. We are just different from the person in front of us.

I remember distinctly how angry I would get at little things and hold onto nothing of actual relevance. I have thrown tantrums for such ridiculous things. Like not being able to get the phone I wanted or just having some not good food for dinner. So what? It’s a phone. Just a phone. And it was one meal that wasn’t the best. Just one.

The daily practice of breathing, coming to the moment and soaking in the reality of what actually matters, makes the others things seem so trivial in comparison. It made me not react how I usually would. The practice made me pause before I actually went off all angry for something unnecessary. Yoga helps me break the patterns, and then make new ones, and then breaks through these as well when I get too attached.

There was another part of me I began to detest, or rather realize wouldn’t work if I was to be in a good place with myself. The part of me that didn’t have a voice, was fairly under-confident and felt like I could never be enough. The part of me that said okay for everything to some people, just because I felt I should be saying okay. It was like I didn’t have an opinion, and I was just supposed to do what was being said.

This stopped one day—suddenly. The strength I was building on the mat lingered with me off the mat. Why should I agree even when I don’t want to? We aren’t programmed to be that way. Why should I keep quiet? I understand being willing to adjust, but not curb myself all the time. And this is when I get angry at yoga. It showed me the problems that were happening, yet I was skulking away from these. It showed me how not to accept nonsense. And hell, this lead to so much trouble for me!

Those who weren’t used to me questioning were taken aback. Relationships crumbled and hearts broke. Things fell apart—and yes it was for the good, but it didn’t feel right then. It didn’t matter. I felt like I was doing what was supposed to be done. I didn’t know where this was coming from, but all I knew is nobody needed to be devalued, and that included myself. The chaturangas (push ups) on the mat strengthened me.

Yoga doesn’t help us stay calm, it helps us break the calm if it’s not real.

I remember working at a place that I didn’t like at the time. The days were long, and it seemed like I was doing all these things I didn’t like. Sitting on the computer all day, whilst staring into the screen and making excel sheets. Waking up tired. Falling asleep exhausted and frustrated with everything. Eating very minimal food cause of my sedentary lifestyle. Eating made me feel guilty. My health was a disaster. I was unhealthy, fragile and confused. I was meeting people who I could not relate to for dear life and submerging myself in my own stupid thoughts.

In fact, I was feeling very off in general. Work, love, food and life just seemed wrong. Absurdly unbalanced, but I was covering all of those questions through laughter, celebration, routine and all of it was almost like a pseudo veil I had worn. But I didn’t know about the veil—until my third month of practicing yoga.

What I didn’t realize was that yoga doesn’t show us a way out, but a way in. The practice basically caught my hand, pulled me off my ass and dropped me straight in the middle of a busy freeway. It ripped off the veil I wore. Or maybe it didn’t—maybe it just changed me, not the circumstances. It gave me no choice but to deal with what was happening, rather than hide from it.

My teacher says the practice gives us new lenses. Lenses that make us see reality. Asanas, breathing, meditation, stillness, mindfulness—whatever the tool be, we begin to understand ourselves better. As a quote says “Yoga isn’t a work out. It’s a work in.” It’s breaking the chains we wrap ourselves in and actually stepping into a whole new version of us—the person we actually are, rather than what circumstances have made us. I always say this practice is magic. It starts with the outermost layer of us, which is the most superficial part. The asanas work our bodies, forcing us to delve in and work our skin, muscles, bones and cells. Back bends open hearts, forward bends help us surrender, hip openers heal and inversions calm. Eventually, all of this helps us seep inwards.

There’s so much of me I still don’t know about, and I definitely fall back into old patterns some days. But yoga puts me in a place where I have to be myself, rather than force someone I’m not. Yoga—it’s a practice, a lifelong practice which surprises, manifests, changes, breaks, heals and then does the same thing all over again.