How to Stay Healthy as we Fight our Inner Demons. 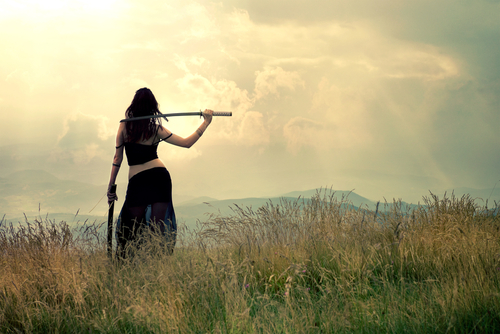 Being a survivor of severe emotional and sexual abuse as a child I know a thing or two about low self-esteem, self-criticism, and self-sabotaging behaviour.

I’ve lived with an ugly monster for as long as I can remember. She tells me I’m not good enough, that I am hard to love, and that I will destroy anything good that comes into my life.

What’s worse is that she seems to have the ability to manifest these ugly words into reality. When I was younger and all her predictions came true it made me believe she knew what she was talking about. It wasn’t until I was older and working on my psychology degree that I realized this was a sad case of self fulfilling prophecy.

The Monster is relentless with her insults and constant put downs. At one point in my early thirties the only way I could get her to shut the hell up was to numb my mind from her harsh words with a prescription of anti-anxiety medications. That unfortunately was the equivalent of putting a Hello Kitty band-aid on a life threatening flesh wound.

It had to stop. I came to the realization that this wasn’t something I could brush under the rug and ignore or rub some dirt in and plow through anymore. I was going to have to fight the Monster. Bare knuckles, no gloves, hair pulling, swollen lip, black eye…you get the point; it was going to be a war.

To be honest that’s exactly what it felt like—all out war.

So what did I do? How did I train for this battle?

I made a conscious decision to question and then challenge every single word that b*tch said to me.

When I was a month into a new relationship and she whispered that my boyfriend was bored and looking for someone prettier and more interesting than me, I asked her, “how do you know that? What evidence do you have?” To my surprise she had nothing to counter with. In fact he was still sending me flowers at work and planning weekend trips for just the two of us. So I made another decision to leave her at home and enjoy that trip being happy—not full of doubt looking for a sign that he was about to leave.

When she told me I would be disgusting and unlovable if I gained weight, instead of starting another fad diet I took a look in the mirror and decided to love my body. And just to piss her off I continued to eat a balanced diet of whole natural foods that gave me energy and a glow, and most importantly a sense of pride that I was finally taking care of my body rather than starving and depriving it like I know she wants me to do.

You see, it’s easier to control someone if they are weak and full of self-hate.

When she tells me I haven’t lived up to my potential, that I am a failure—instead of ritualistically counting all the the things I have yet to accomplish, I count my wins.

Despite the abuse and the darkness I sometimes feel that it’s because of it that I still care about people and have love in my heart. I may not have finished my psychology degree yet but I have a wonderful job teaching recovery classes at a psychiatric hospital and I give other people suffering hope every day. I see their eyes light up when I treat them like a unique human beings instead of a diagnosis and I know I am changing lives. That makes me a success.

I know it’s much easier said than done but to fight the Monster and win we have to stand up every single day and take on these challenges. Some days it will feel like all we do is battle. From the moment our alarm goes off she will tell us don’t even bother.

Other days it will be easier and we’ll have a well deserved break. The only way to consistently have better days is to stay vigilant. We have to tell our self we are worth the fight. We as much as anyone else deserves to be healthy and happy…despite whatever The Monster tells us that day.

Hold onto that truth, and eventually we will win the war. 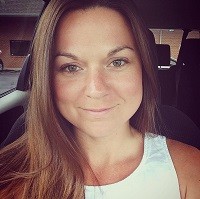