I Learned to get Unstuck by Allowing the Waves to Swallow me Whole. 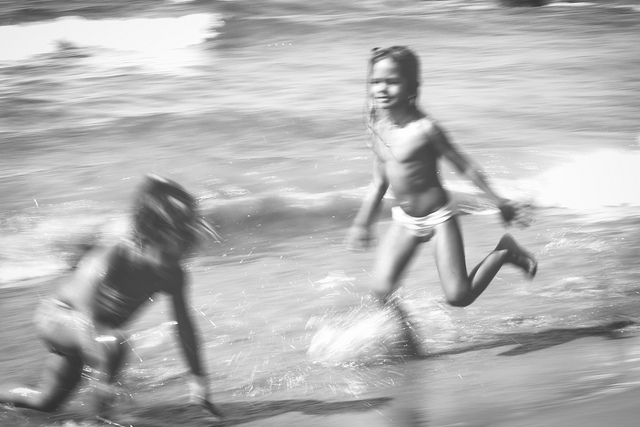 “Now don’t be afraid,” my Aunt Minnie told me, as we shuffled deeper into the Atlantic Ocean. “Take my hand and we can jump the waves together.”

It was cold and my feet hurt from the shells on the ocean floor. I was small for my age, but my little body was strong and willing to take chances. I wasn’t afraid of the waves like some kids, but they didn’t have an aunt like mine who knew how to jump waves.

We lingered in the ocean for a few seconds, waiting for a wave to come. We felt the coolness of the water, the crispness of the air. We knew that one would come soon and then another.

We prepared for each new wave that came our way. Aunt Minnie taught me to keep my eyes open and never turn my back to the waves.

“Respect the waves and they will respect you,” she said.

She taught me how to love the sea and how to accept the fact that I can’t control it.

Soon another wave came, barreling and curling upwards. It quickly surrounded us, but my aunt knew what to do. She held my hand tighter and with her gentle strength lifted me above the crested water.

I looked to the sky and floated on top of the water’s surface. My heart pounded with excitement. I heard the break of the waves, the seagulls flying overhead and the kids screaming on the roller coaster at the pier.

The ocean was all around us. It was like this every summer that my aunt and I would go to Atlantic City for the weekend.

We stayed in the water for a long time. Neither of us wanted to leave. We didn’t want to go back to our everyday lives that were almost too much to bear. Aunt Minnie with her distant husband, and me with my troubled mother who kept hearing unfriendly voices in her head. We wanted our short weekend together to last forever.

“Jump,” she said. And I jumped, this time higher, more in sync with the wave, discovering the rhythm of the sea.

“I can jump all day and all night,” I told her.

My aunt loved me like a mother, and sometimes I wished that she were my mother. My mother was in an out of hospitals with what the doctors called bipolar disorder. I didn’t know what that meant then, but I knew that she was far from normal. Even if my mother were okay, she’d never jump waves with me. She was too afraid of the ocean.

“Here’s a big one!” I yelled, excited that I spotted one.

But this wave was different. It had more force than the previous ones.

Aunt Minnie miscalculated our jump and the wave overpowered us. I hit bottom and lost her grip. I opened my eyes wide and stuck out my hand, hoping that she would find it and keep me from being pulled by an undertow.

I knew instinctively that if I struggled, things would get worse. So I stayed calm, held my breath and let the natural movement of the sea occur.

When the massive wave passed over us and headed to shore, our heads popped up for air at the same time. Water got up my nose, snot ran down my cheeks and all I could do was laugh.

My aunt pulled some seaweed from her hair. “I’m impressed, “ she said. “You lost my grip and you were still able to stay afloat.”

I knew my aunt was proud of me, but she was also relieved that nothing bad happened. She didn’t want to have it on her conscience that her favorite nephew had drowned in the Atlantic Ocean on her watch.

What I said made my aunt think about her life. I know because she told me a thousand times. She felt stuck. She believed that she was too old to leave her husband and didn’t know where she’d go or how to make money on her own. So she stayed in an unhappy situation, finding pieces of happiness in moments like this.

We lost track of time. It was getting late. The sky was beginning to darken. It was chilly and my teeth chattered with goose bumps forming on my skin.

“Let’s go back to the beach and get warm,” Aunt Minnie said.

I knew she was tired. I could see it in her face. She was breathing heavy and her asthma made her wheeze.

We dragged our heavy legs out of the ocean, onto the sand and to our blanket. Aunt Minnie dried me off and got the specks of sand out of my ears with the corner of the towel. I was the child that she’d always wanted. She was the mother that I’d always needed.

I handed her the inhaler from her purse and she took a couple of puffs. Soon her lungs opened up and she could talk again without losing her breath.

We stayed huddled together on the sand, wrapped in blankets, watching the sun set and realizing how our lives ebb and flow with the tide.

She leaned over and gave me a kiss on the forehead.

“I can’t wait for next summer!” I shouted through my water-clogged ears. “Next year I’ll be bigger.”

It seemed that the weekend ended before it even got started. The next day we packed our belongings, had a quick breakfast and left Atlantic City by noon.

She drove me home to my mother who never jumped waves or showed me the affection that I deserved. Aunt Minnie drove back to her lonely house and waited for her husband to come home while watching old, black and white movies in the dark.

Things were not the way they were supposed to be, I thought. But who was I to question how the world works. I just had to go with it. 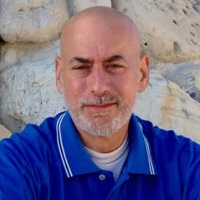