An important Life Lesson from a 96-year-old Coffeeshop Sage. (Yes, you need to Hear This.) 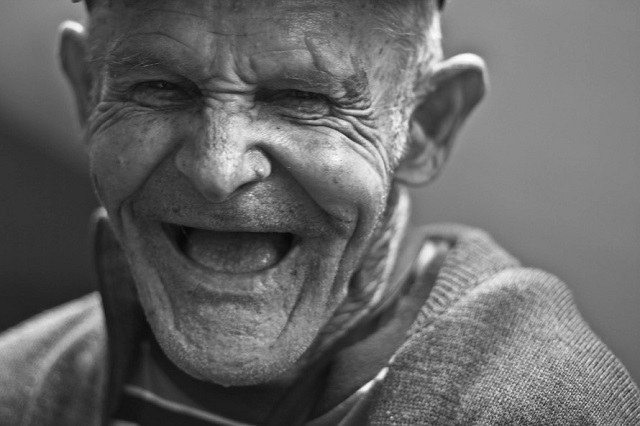 My favourite thing to do Saturday mornings is wake up early and explore new neighbourhoods, find quaint little coffeeshops and dive into a good book.

My most recent adventure took me to a bustling little coffee shop in a quiet area in Toronto. On this particular Saturday, I had just nestled into a comfortably cushioned window seat—set up shop, soy latte in hand and was ready to dive into some much anticipated learning—when a bundled up, elderly, kind-looking man moseyed on into the coffeeshop with his walker.

I didn’t pay much notice to him, until he placed his big wooly scarf, hat and jacket next to mine. He parked his walker beside the table and made it about two steps towards the cash register, before slowly turning to me and inquiring, “You’ll fight off anyone that tries to take my table, right?”

His eyes looked kind and full of laughter. His face bore the wrinkles of a long and full life, and I’d have thought he was dead serious if not for a slight smile creeping up at the side of his lips.

He caught me off guard, but I responded, “I’ll beat them with a stick if they try.”

Albert threw his head back and erupted into a full-belly laugh. Then he continued on his path toward the counter, where he ordered a cup of coffee and an oatmeal raisin cookie.

I’d barely gotten through two sentences of my book when Albert returned and began sharing his life story—alhough, in the hour and a half that we spoke, I anticipate he only got through a small chunk of it.

I learned very quickly Albert was passionate about story-telling. He was a local boy and had gone to school for library science. Against his parents wishes, he wanted to become a librarian, and he wanted to travel. So he did.

I liked him immensely already. He had been married twice, with two kids and two grandchildren. He lived just up the street at a “home for the old and dying,” as he put it. His favourite activities were coming to this coffeeshop to meet new people, which he did every day. “But not if they’re boring,” he added. He avoided those people.

Albert asked me what I was working on, to which I replied, “My life-coaching course.” He nodded his head excitedly and exclaimed, “Life! That’s a big field!”

From there, he proceeded to share the details of his life and all of the lessons he learned along the way. As he talked, other apparent regulars passed by our tables, smiling and happily greeting Albert, like old friends. He informed me he was 96, only four short years away from turning 95. (His math was a bit off, but I got the idea.) He was incredibly kind and smiled at every person who entered the coffeeshop.

At the conclusion of his fascinating story—where he met his second wife in West Berlin, just weeks before quitting his job and traveling the world with her—I asked him, “What would be your one piece of advice for someone wanting to a live a life as full as yours?”

He nodded, as if he knew this question was coming, and replied with two simple words: “Study possibility.”

I paused to let the brilliance of his statement sink in.

He continued, “And don’t listen to your parents—don’t listen to anyone who tells you what you can or can’t do. Travel, grow and explore the world. Don’t stay in a life or a career that doesn’t make you happy. So many people find themselves stuck on educational paths and careers that make them absolutely miserable. They listen to the suggestions of their parents and friends.

Yes, you should take into account what they say—but don’t let them prevent you from doing what you are meant to do. They are giving you suggestions based on their own experiences, their knowledge and their interests—but you need to create your own experiences, and you need to do it your way.”

He stopped his train of thought only once, to take in the long queue of people lined up for coffee. He looked each one up and down, and as if they couldn’t hear him—or more than likely, he just didn’t care if they could—he leaned over and loudly noted, “Look at them all, they all look the same; the same bored looks on their faces, the same jackets, the same pants, the same type of shoes.”

Then he motioned to the back of the line, toward a man covered in paint, wearing extremely colourful clothing—and seemingly the only one smiling in the establishment—and said, “We should all be a little more like that guy.”

After Albert finished his oatmeal raisin cookie, he stood up, began slowly bundling himself back up, and—fascinated to learn more valuable life lessons and incredible stories—I blurted out, “Can we play cards sometime?”

Yes, out of all of the brilliant and sophisticated, grateful or appreciative things I could’ve said to Albert, I asked him to play cards.

Albert chuckled slightly, before replying, “Well Sarah, I don’t much care for cards, and I have a bit of a memory problem, see—so it’s likely I won’t remember you.” And with that, he moseyed on out of the coffee shop.

I stared after him in awe.

We could all learn a thing or two from my new friend, Albert. 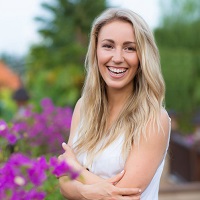