Fear & Loathing in the Psoas: Locating our Emotional Tension. 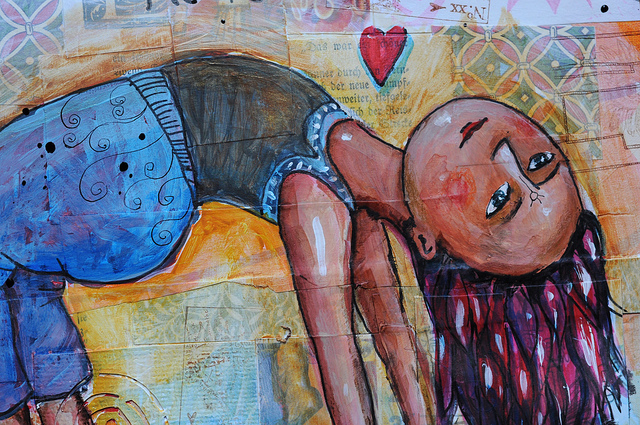 Emotional weight, emotional baggage…These are great buzz words but what do we actually mean by them?

Lets think about it. I definitely don’t feel like taking on a challenge when I’m curled up in a ball in bed, knees tucked into my chest. In the same way, my drive to do something can be diminished by assuming this defensive position; it can both instigate an emotion as well as be a reaction to an emotion.

Muscles and emotions: what is the psoas?

Biologically, to defend ourselves, we humans use our weapons, like limbs, to protect our most vulnerable areas. These are the head, abdominal area, and groin. In order to bring our limbs to these areas to protect them, we have to kind of tuck in. In order to do so, we rely heavily on a muscle called the psoas.

As explained so clearly in Liz Kock’s Psoas Book, we have two psoas muscles, one on each side of the spine. The psoas links the body’s core to the legs, attaching to the side and toward the front of the 12th thoracic vertebra (the upper part of the back) and each of the lumbar vertebra (the lower part of the back.) It crosses the pelvis without attaching to bone, and inserts into a common tendon at the top of the thighbone. 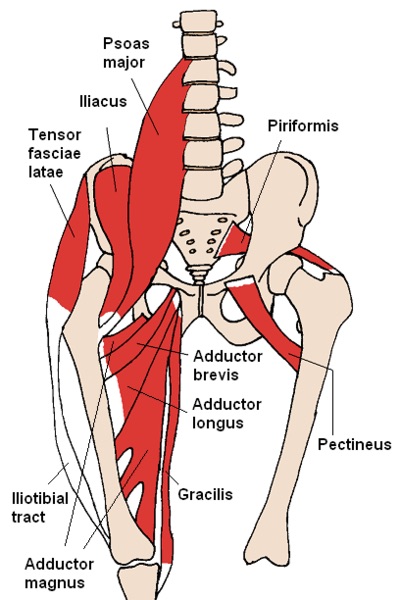 By bringing awareness to the psoas, we can bring to light certain feelings or emotional associations that harness themselves in the physical posture. The psoas has the physical capacity to curl us into a protective ball, or open us and prepare us for action. So if we are more emotionally inclined to defend or retaliate, then the muscles remember the physical action associated with this emotion through repetition, and that becomes imbedded in our posture.

When we make the defensive motion, we round the back and bow the head, flexing the psoas, which can manifest itself in postural conditions such as kyphosis, where the upper back and shoulders round and hunch. Whereas when we retaliate, we puff out the frontal body and prepare for action. We flex the psoas to arch back, which if done repetitively and instinctively, could result in lordosis.

Try it and see what I mean! Imagine we were about to get punched and there wasn’t a lot we could do about it. We could try to just stand there and take the hit, but we know that would hurt. So for many, the instinctive reaction is to bend the arms, bring the elbows in, use an arm to shelter the head, and bend and raise a knee into the abdominal area for protection, using the psoas to do so.

Yoga and stretching the psoas.

With an understanding of how this muscle runs deep through the body, we can see how integral it is to most asana work in yoga. In backbends, the psoas must release and stretch out in order for the front of the thighs to lengthen and the muscles of the back to flex. In forward bends, the psoas must release in order for the thighs to fully rotate outward. All yoga poses are enhanced by a lengthened rather than shortened psoas, as its length gives the body a full range of motion.

Here are a couple of yoga poses we can use to lengthen the psoas and work toward releasing emotional tension.

This is a lovely, simple and familiar to pose to stretch the psoas. From a plank position, step one foot forward between the hands. Drop the back knee to the floor and release the back toes. The knee of the front foot can come over the ankle here as we push forward from the hips, stretching the psoas and hip flexors of the extended leg.

For a lightly more advanced pose, we can try camel which has variations depending on what level you feel you are ready for. Starting on your knees, bring them about hip width apart drawing a straight line from your hip bone down to your knee. Keep the toes tucked under if this is the first time, and for the least strenuous variation, we can grab the top of the hamstrings, just at the bottom of the buttocks. Lean backward and push forward from the hips here, supporting the body with the arms.

To this pose further, starting from kneeling again, inhale the arms up above the head. On the exhale, windmill the right arm round to grab the right heel and look toward the right foot, leaving the left arm reaching up. You can stay here if you like and repeat on the other side. To take it further, take a deep breath and windmill the left arm round to take hold of the left heel, taking the gaze backwards. Do not drop the head, but support it. Pushing forward from the hips and lifting up from the chest will create a deep stretch along the front of the body, including the psoas and provide a deep backbend and heart opener, rendering the body open.

This can be done with the toes tucked under, or released which offers a deeper stretch and deeper back bend as the arms have to reach further down to get support from the feet.

This position is the opposite to the sheltered defensive position we talked about before, so instead of holding things inside with tension, we are opening the body and the mind, and welcoming the world rather than shying away from it.

As well as stretching the psoas, it is also crucial that this vital muscle connecting the core of the body to the lower body, is strong. Boat pose is a great method of strengthening the psoas, as it requires enough strength to hold the legs up.

Sitting on the buttocks, bring the knees into the chest and just lift the toes off the floor. Work on gradually straightening and extending the legs out in front. Support can come from the arms by gently holding the legs behind the knees as we start out, but progression and persistence will see no need for the arms as the psoas strengthens to support the legs on its own.

So paying attention to the condition of the psoas can make us aware of emotional tendencies that we perhaps choose to ignore. I would say I am more inclined to defend myself through protection rather than retaliation.

Coincidentally, I have a particularly a weak psoas and emotionally, I am more introspective and timid thanbold. I know that need to work on postures like boat pose to strengthen this crucial core muscle, thereby strengthening the core of my emotion in building my confidence and self-belief.

For those of us who aren’t necessarily aware of our emotional tension, exploring the body through yoga, and learning which way we naturally prefer to bend can make us aware of certain emotional tendencies we may carry.

So just as a place to start, lets play around with what kind of movements our physical bodies lend themselves—to see if we prefer backbends or forward bends. Which is harder? But don’t be surprised if you uncover a little something more about yourself than you thought you might! 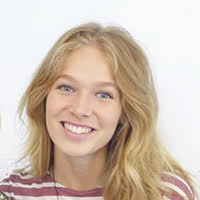