From Shock & Anger to Acceptance & Empathy. 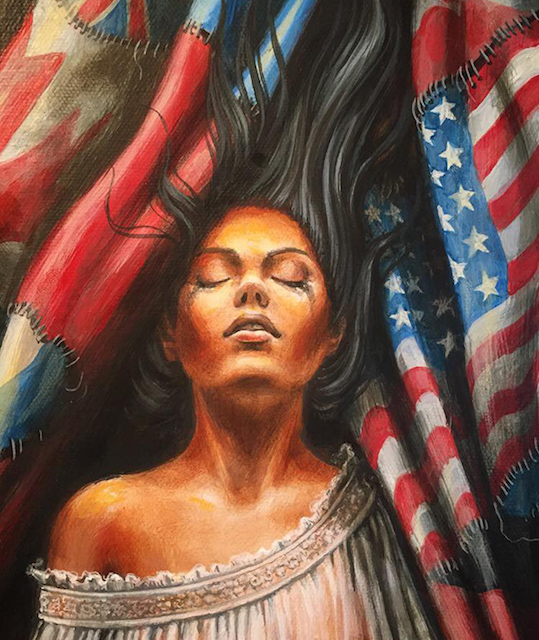 On Election Night a group of us gathered to watch the national election results here in the blue state of California.

The night started out joyful for me. I voted for Bernie Sanders in the primary, but I was excited to elect our first female president and Hillary Clinton is much closer to my political views than Donald Trump. Almost all the polls I’d been following for months showed that she was going to win.

Then the state-by-state election results started coming in. “Why is Virginia, Senator Kaine’s state, so close?” was my first disturbing thought. The night began with the odds-makers giving her an 80 percent chance to win. Several hours later her chances were 10 percent.

What happened? How is this possible? Was it Russian hackers?

How could America elect a narcissistic bigot, a demagogue who allegedly sexually assaulted women, and has deeply offended a lot of people?

The day after the election I went downtown. The collective shock, grief and confusion were everywhere. Did we accidently enter a parallel universe like they did in an episode of the original Star Trek series, where the crew of the Enterprise was sadistic and evil?

Every other post on my Facebook newsfeed contributed to a collective sadness and anger. A few friends also posted, “We told you so. Bernie would have won in a landslide.” Were they right? Was Hillary such a flawed candidate?

I am entering the final phase of grief: acceptance. I desire more compassion and empathy for others. I think about my close female friends, my four sisters and the women who have been sickened by Trump’s candidacy. I think of the other groups of people in our country that Trump repeatedly threatened during the campaign. They are still in mourning and angry.

I also think about the pain and the angst of many Trump voters and why they chose to throw what Michael Moore calls the “Trump hand grenade.” These are the people who have been told for years that they were racist because they didn’t like Obama.

We called them bigots and racists because they want less undocumented immigration, recent immigrants to learn English, and to understand “traditional American values.” We called them ignorant, redneck, stupid, unconscious, and deplorable for their attitudes and views regarding gay marriage, immigration, abortion, and the changing demographics in our country.

A majority of Trump voters didn’t even like the guy, but they got what Michael Moore called the “biggest ‘f*ck you’ ever recorded in human history” by voting for him.

Going into Election Day about 10 percent of the electorate were still on the fence. They didn’t like either candidate. Would they be motivated by a legitimate fear that Trump is inexperienced and he doesn’t have the temperament to be president, or a legitimate anger that the political system is not working for them? A majority of them chose the Trump hand grenade.

Sexist attitudes aside, Hillary was viewed as the incumbent, the status quo. She won the popular vote, but enough voters in the swing states wanted change so badly that they went with the most unpopular presidential candidate in U.S. history.

How will Trump govern? We know that unlike most politicians, Trump is not an ideologue. He is a salesman and a promoter.

His enormous ego also means that he needs the validation of being seen as a successful president. I wouldn’t expect him to do, or attempt, most of the controversial things that he promised as candidate Trump.

I also take some comfort that Trump was born and grew up New York, one of the most open, ethnically and culturally diverse cities in America. He has been a member of both the Republican and Democratic Parties. He is a businessman and he will probably appoint people to his cabinet from the conservative financial sectors, and loyal retreads like Rudy Giuliani, but he is not a social conservative.

As I move through the five stages of grief (denial, anger, bargaining, depression and acceptance), I see that we are now sailing into uncharted political waters. This may be good for America. Trump has exposed some of our deepest shadows and failures as a nation. We still need to stand up, resist, and hold him accountable, but Trump may be just the bitter pill that we needed to swallow.

Like millions of others, this has been an emotional and traumatic week for me. I have done a lot of soul searching, trying to understand what happened, why it happened and where we go from here.

His political views aside, Trump also represents the worst part of me as a privileged white male and I resent that he has been rewarded for his behavior and attitudes towards women and people of color by becoming our president elect.

I can only imagine what it is like to be a person who feels directly threatened and disenfranchised by a Donald Trump presidency. It may be too much right now to ask for their compassion and empathy for those who voted for a man who puts their life or those close to them in danger.

But what conservative commentator Glenn Beck said on election night is true, the problem is that “we don’t listen to each other and we don’t trust each other.” Fear, tribalism, partisanship and division have replaced reason and compassion.

If we believe that our diversity makes us a better country, then let’s walk that talk. All of America needs more acceptance, compassion and empathy for those who don’t vote like us or don’t view the world as we do.

The idea of President elect Donald Trump offends me on so many levels, but I know that now more than ever we need to create more understanding, compassion for others, common ground and earned trust in this country, or we will elect more demagogues like him. 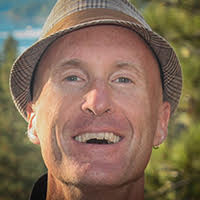