How I turned my Son’s Anger into Compassion. 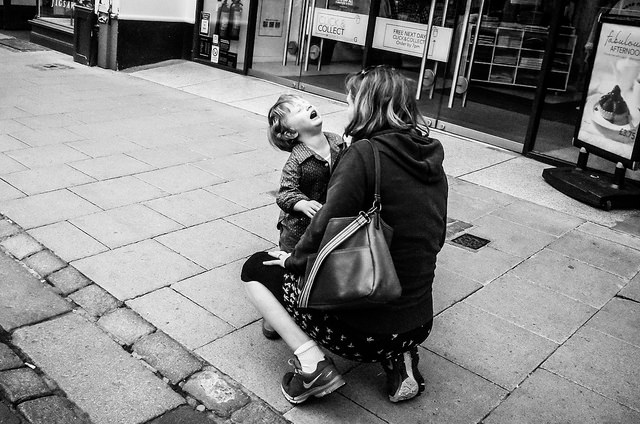 I think the moments that touch my heart most as a parent are when my boys are kind and loving with each other.

The toughest moments are when cruel words and punches are exchanged between them. These are the times when my heart breaks a little.

As any adult with siblings of their own or any parent who has more than one child knows, siblings are inevitably ornery with each other and can’t help but get under each other’s skin.

My boys are different from each other in the way that they typically handle conflict.

Ben, our youngest who is five years old, turns inward and tends to become quiet and sad when his feelings are hurt or when his voice isn’t being heard. In contrast, his older brother Quinn who is eight years old, often strikes out in anger when things don’t go his way.

Watching little Ben melt into a puddle of sadness when Quinn’s anger was directed towards him had me deeply upset and worried for a couple of years. I tried to help Quinn express his anger in ways that didn’t involve hurting his brother but I was rarely successful. I knew sadness usually laid beneath the anger Quinn felt—he took it personally when his brother didn’t want to play his games and felt unloved.

Quinn is very self-aware and he has been able to talk openly about feeling unloved in certain circumstances as well as feeling jealousy around his little brother since the of age four. In Quinn’s eyes, Ben has always garnered more attention than he has. I think Quinn’s assessment has a lot of merit—in general, the baby of the family does seem to get the most attention.

About eight months ago I read a fascinating article about a tribe in a remote region of Africa. The article talked about how when someone in the tribe did something harmful or hurtful to another, the tribe would take the person to the center of the village where the whole tribe surrounded them. Then, for two days, the tribe would tell the person all of the good things they had done as they lifted the individual up and reconnected him to his true loving nature.

The tribe helped the person remember who they truly are—a good and loving human. The tribe believes that humans come into the world inherently good—only desiring love, peace, and happiness. They understand that sometimes in the pursuit of these things people make mistakes.

As soon as I read the article, I knew I had to try a form of the tribe’s approach to see if I could help Quinn transform his feelings of anger and also help him understand what was underneath the anger in the first place.

The next time Quinn became angry, instead of telling him not to be mean, I quietly walked up to him and hugged him. Quinn looked at me in surprise and pulled away. He stared at me, confused. Instead of the usual talk about healthy ways to release anger (go outside and run a few laps up and down the block) I simply told him I loved him and that he needed to separate from Ben until he calmed down.

The next day I walked into the living room as Quinn got angry when Ben wouldn’t share the iPad. I hugged Quinn and asked Ben to do the same. Being the natural lover that Ben is, he wrapped his arms around his brother right away. I told Quinn I loved him and almost as if on cue, Ben did the same, “Yeah, I love you too bro. You’re my best friend.”

For the next few weeks, Ben and I kept showering Quinn with love when he became angry. (Not every time. Sometimes I sent him to his room and doled out other consequences when I was not calm enough to love on him instead!)

Then one day, about a month after we started the hug intervention as I have come to call it, something amazing happened. I saw Quinn turn an angry fist toward his brother as they argued in the backyard. But when I moved into action to prevent Quinn from hurting Ben, something I could not have predicted happened. Instead of hurting him brother, Quinn’s clenched fist unraveled as he wrapped his brother in a loving hug. He held onto Ben until they were both calm. I was stunned!

Today, a few months after the hug intervention began, outbursts full of hurtful words and angry punches are no longer a regular weekly occurrence in our house and there are many more days filled with bro hugs and exchanges of kind and loving words.

Of course, there is still the occasional brawl between brothers but Quinn knows he possesses the power to transform feelings of anger and reach for what he really wants and needs—human connection and love. And he exercises that power often. 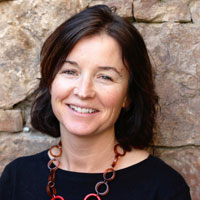