How to Catch the Heart of an Awakened Woman. 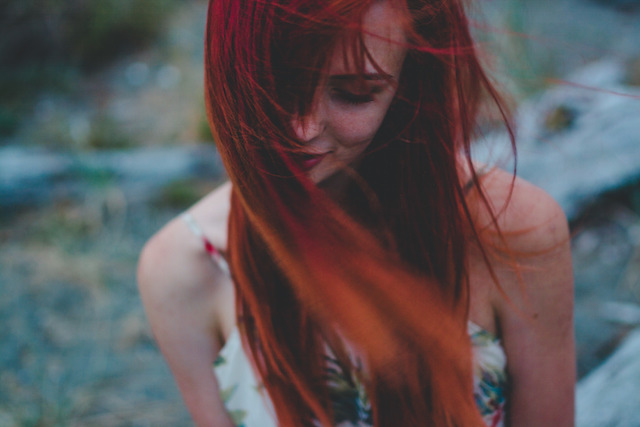 “Find me where the wild things are.” ~ Alessia Cara

An awakened woman is the most dangerous creature to ever walk the earth.

She won’t care about your precious fears, insecurities, or the boundaries you’ve put into place to protect yourself from love.

In fact, it’s only because she cares so much that she doesn’t care for those walls you built so high.

She’s a woman who is at home in herself yet seems to bring adventure wherever she travels.

She seems like a song without a clearly defined melody, a spell without a potion. There’s no rationale for her magic, and yet…you’re still called to taste the words that spill so sweetly from her lips.

You won’t get this woman by complimenting her on clothes, or anything that she wears upon her beautiful, strong body.

You won’t be able to catch her heart with gifts, roses or dinners that break the bank—because she doesn’t see any of those things as important.

She’s a woman who wakes up and feels like the sunrise was streaked in tangerine just for her—so a gift, in a box, from a store seems like something far less special.

She’s a woman who doesn’t need a dime spent on her to feel truly loved. Instead, you might pique her interest by talking about the stars. She might catch herself dreaming of you if you send her a song that speaks to you.

She’s looking to see your heart, not what you can buy her.

She’s looking for soul and substance, not bottom-lines and jewels.

If you want to catch the heart of an awakened woman, you’re going to have to approach her differently than you have any other woman—because she’s a little more unearthly, a little more moon dust and rose petals than anyone else you’ve experienced.

She’s real, but at times she may just feel too good to be true.

You don’t have to know to be able to know her, for even though it seems like she holds the secrets of the world within her heart, she’s just as human as you. She knows that she and everyone else are all just a work in progress.

If you want her to fall in love with you, talk to her about your depths.

Speak about life, religion, love and exactly where you think your path is leading you. Don’t be afraid of being wrong, and don’t hesitate to say when she is—it’s that barometer of honesty that’s going to tell her you’re strong enough to stand by her side.

See, the thing is that so many look at her and become enraptured by her beauty, by her essence and energy that they actually end up unable to truly see her and stand in strength in the power of her love.

She doesn’t need someone to agree with her every moment. In fact, if you do she will begin to lose respect for you, because she knows more than anyone that she’s still learning. So if you can’t be the one to help her grow, then she’ll find another who can.

What many have not understood is that she doesn’t need a Superman—but only Clark Kent.

It’s not the bold and brawn, but the silent intelligence and good heart that win her over every time.

She isn’t after perfection, but revels in reality instead—soaking it up and enjoying your most delicious imperfections. The more she can see of you and your scars, the more she knows that those parts of her are safe with you.

She may be overwhelming, but that’s just because she’s used to being too much for those who wanted her to be something else. She’s become accustomed to being edited into what other men thought she should be. So, really, the greatest gift you can give an awakened woman is to simply love her as she is—to let her know that she is enough—in this moment and the next. That she doesn’t have to change, or be or do anything in order to have your love.

As you look at her, taking your hand and brushing it along the side of her face until you have her jaw cupped in your hand, whisper that you love all of her, just as she is. And with those words she will melt—but be careful, because unless it’s for forever, don’t say them at all.

Once an awakened woman hears these words—when those sugar tipped arrows of her dreams splinter her reality—she will never be the same again.

Quite simply, she will always be yours.

So if you’re not sure you can hold her heart forever or if you might not be strong enough to stand by her side regardless of what storm may be brewing, keep your distance.

Admire her from afar, knowing that if you can’t add value to her life. If you can’t step up where others have stepped down then perhaps it’s best you turn around and walk away.

Because the thing about an awakened woman is that she loves freely, wholly and usually forever—so if you are only wondering what it would feel like to kiss her, or what others would think of you when you have a woman like her by your side, then she’s not the one for you.

She deserves the world. Just because she may not always ask for it, doesn’t mean she is any less deserving.

Because the only time that you should try to catch the heart of an awakened woman, is if you want it to be yours forever.

“When a woman connects with her magic, miracles happen…She creates the life of her dreams and she lives her divinely contracted purpose.” ~ Lisa Marie Rosati