How to De-Throne the Office Drama King or Queen. 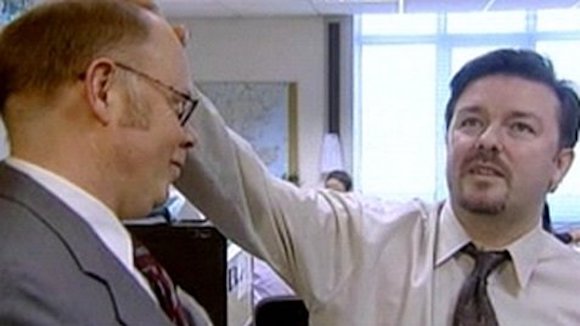 If there is one thing that any office can do without, it’s drama.

Recently, I had drama with a capital D in my workplace.

A couple of colleagues decided to revert back to high school antics by throwing shade upon my work ethic with petty gossip and rumor-mongering.

My reaction went in two directions. First, I am 34 years old, and I am too old for childish bullsh*t. Second, the reality of the situation is not that I wasn’t being productive, which was the rumor they were trying to start.

In truth, I had been so productive that I had completed my work, asked for and completed work for other colleagues and found myself with a few minutes to fire off an email or two and Google some ideas for my Christmas list. My efficiency and productivity were so en pointe that I was able to take it easy for a minute while awaiting the receipt of my next assignment.

Here’s the thing with drama and people who perpetuate it: they don’t care about the real story. They don’t care if we’re really doing what we say we’re doing or if everything they see (or think they see) is aboveboard. They’re only concerned with being able to produce a juicy piece of gossip; it doesn’t matter if it’s completely unfounded. People like that get their kicks from stirring the pot and seeing who else they can make as sad or angry or uncomfortable as they themselves feel.

We may spend a lot of time asking ourselves why. My best guess is low self-esteem and a pretty heavy inferiority complex. That’s often been my experience. It’s like they say, hurt people hurt people. They may not set out to intentionally be bad people or do hateful things. Or maybe they do. At the end of the day, we cannot control their actions. They are responsible for their own behaviors even if they never actually take responsibility for those behaviors. There’s always an excuse or a finger to point, and there’s not a damn thing we can do about it.

Actually, the single most effective action we can take is to manage our own reactions to petty gossiping. When the office drama king/queen starts their work, it’s time for us to keep a close eye on how we respond.

Here are a few guidelines for managing our responses:

1. In the words of Michelle Obama, “When they go low, we go high.” Instead of engaging in the office gossip, we can choose to detach ourselves from it. I guarantee you that I hear nearly every report of office gossip that comes down the pike, but I do not participate in it or repeat what I hear. As far as I’m concerned, it’s none of my damn business. Furthermore, when we participate, we’re likely to trip ourselves up in the web of gossip by becoming involved in whatever drama will follow. We’re peace-loving, kind people, and what’s more: we’re too damn grown for that sh*t.

2. When the office pot-stirrer goes to work, we can make sure that we do what’s right and not just what’s easy. For example, when we notice that a colleague is spreading malicious gossip, we can let it be known that what they’re saying isn’t actually true. We can provide a good testimony for our colleagues rather than letting good people get dragged through the mud for someone’s entertainment.

And if a piece of gossip making the rounds is actually true, we can let people know that we’re not really interested in what other people do in their personal lives because we pride ourselves on minding our own business. So maybe they can put that in their pipe and smoke it rather than enjoying our shock at whatever news they threw our way.

When the office pot got stirred, I had a colleague apologize for participating by his silence. Actually, this person didn’t need to apologize. I knew what was up, and I know how uncomfortable it can make good people when the pot-stirrers are doing their evil plotting in an office. I didn’t require an apology from this person, but I sure did respect the hell out of it. He’s one of those people that understands that it’s important to do the right thing all the time, even when it’s not easy or comfortable.

3. While we may not feed into the gossip, it’s also best that we don’t lay down like a doormat in front of the perpetuators of office drama. I fully believe in and practice the philosophy of “do no harm but take no sh*t.” I wear a shirt to the gym that says that loud and proud, and I hope that my daily actions also represent that.

So when the office gossip decided to throw shade on my work ethic, I drew the line. I immediately set a meeting with the person to clarify the situation and to bring evidence of the work that I had been doing. If someone wants to spread gossip about my personal life, fine. But when someone threatens my stability and income as a single-mother by throwing shade on my ability and willingness to do my job, I step up and come at them hard.

We’re not here to be doormats to the bullies who never grew out of their high school behaviors. Sure, we know they’re probably super insecure and having all kinds of issues that contribute to them behaving so immaturely, but the reality is that the impact of their actions actually matters. This isn’t school; this is real life.

So when someone tells a boss that I’m not doing my job, it puts that job (i.e., my ability to care for myself and my children) in jeopardy. Maybe I don’t get fired, but I might not get a special project that I would be good at doing. Or I might not get as good of a raise when performance reviews come around. Perhaps it impacts my holiday bonus or how I’m talked about around the office. It has an impact even if it’s subtle.

We all go to work to pay our bills and live our lives. We don’t need a bunch of drama while we’re there. It’s important that we recognize it, learn to side step it when we can but also to stand up to it when we can’t.

The truth is that people who love drama are often a part of our friend groups and families. They can be everywhere. It’s not limited to the office. And sometimes these people have good hearts, and maybe even good intentions, but they’re misguided and sometimes just flat-out mean. We’ll never be able to do anything about that. It’s not even our responsibility to figure out their motives. It is, however, our responsibility to figure out our own responses to that drama.