My F*ck it Story: How I went from No Tattoos to Heavily Inked in a Year. 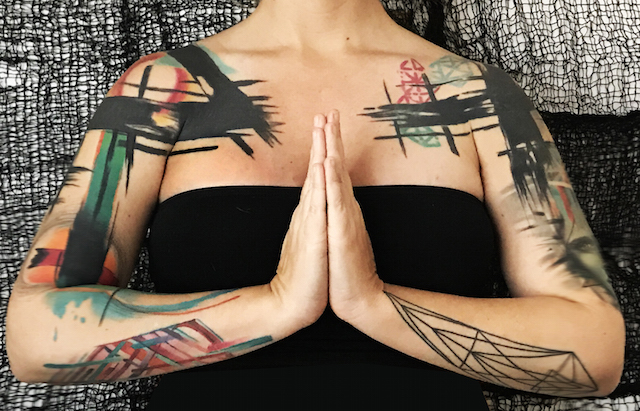 Three years ago, almost to the day, I got my first tattoo.

I had wrestled with the decision for many years. I longed for a tattoo, but I kept holding myself back. I asked myself, “What will it look like when I’m 70?” “What if I change my mind and hate it later?” Most importantly, “What about my job?”

I had worked in corporate America since college and had worked my tail off to secure a successful career in corporate communications and change management. During that time I struggled against stereotypes about my age, appearance, gender and even my Southern accent. What would happen if I got a visible tattoo? Would I lose my job? Would I be taken less seriously?

A tumultuous year of trauma, hardships and heartbreaks finally got me to the point of just saying—f*ck it. Life is short. If I want a tattoo, I should get one. Why live in fear of what might happen? So I did it.

And I didn’t do it subtly—I went big. My first tattoo was extremely bold. The following year, I went from no tattoos to heavily tattooed.

I did not lose my job. I do not believe that I was seen differently for my tattoos, although I generally kept them covered while I was in the office. So while I took the step to put the ink on my body, I did not take the step to rock them with complete courage in an environment where people may disapprove. I did not feel safe to show them. I did not want to cause problems or disappoint the people who hired me. I felt self-conscious. I worried about what others might think. I was worried I would not be accepted as myself. I worried they weren’t really ready for me.

As I sat each day at my desk with my tattoos covered, something began to bubble underneath the surface. What was bubbling underneath was my true nature that was dying to be expressed. Sure, I could have bravely ripped the cardigan off and proudly exhibited the new expressive me at the office, but I knew there was more to it. I knew it went beyond the ink on my skin—I needed a new life that matched this new me that I was uncovering.

I quit my job to pursue a life that was more purposeful and self-expressive. I spent five months traveling, taking yoga trainings, and writing. During that time, I felt the same anxieties and insecurities arise, just like the tattoos. “What do people think?” “Do they think I’m ruining my life?” “Am I ruining my life?” “What if I can’t find a job after this?” What if I have to move in with my parents at the age of 36?”

What if all those things I feared came true? But the most important, what if I had never taken the leap? I would still be at that desk in a job that didn’t fulfill me, depressed and anxious but not sure why, and always searching for something else to fulfill that part of me that felt unfulfilled under the surface. Looking to a glass of wine or a new designer bag to escape the reality I had built for myself that didn’t really fit me?

I see now that the tattoos were just the beginning of the process I’m still going through to peel back the layers of the onion that society and myself have built around my true self. The hard protective coating that looked like everyone else and fit into the standards of safe and normal. The layers that guaranteed acceptance, although it wasn’t truly me.

Peeling the layers off hasn’t been easy—it’s been the hardest thing I’ve ever done. It’s been terrifying at times, but the rewards outweigh the terror.

Through this process, I have received judgmental and rude comments about my tattoos, and about my career choices. Some were hurtful. Some triggered self-doubt.

And in the end, who cares what other people think? I have learned that I’m not responsible for other people’s judgments of me or their reactions. People will always find something to criticize no matter what, so we might as well go ahead and be ourselves—proudly and unapologetically.

Clearly, there is a balance here. To take this story as inspiration to throw caution to the wind could actually destroy one’s life if not done carefully and with the appropriate safety nets. But you don’t have to cover your body in tattoos or walk out of your job to begin expressing your true nature.

What parts of your heart and soul exist under the surface, desperately wanting a chance come out and be seen, but hiding for fear of judgment or criticism? What parts are you stifling? What dreams do you hold onto but use practicality as an excuse to let them sit and not be a reality?

Maybe it’s bold self-expression of tattoos, colored hair and piercings. Maybe it’s a trip overseas. Maybe it’s a jump to end a relationship that doesn’t work, or the risk to take a leap for a new career. Maybe it’s taking the leap to go back to school, to take that yoga teacher training. Maybe it’s to start standing up for yourself; to start speaking your mind.

Start small. Peel off one layer at a time. With each layer you will uncover a part of you that’s hidden. It might freak you out. It might freak others out. You may start to peel off so many layers that the new you looks completely different than the old you, but maybe that’s exactly what your soul is looking for. 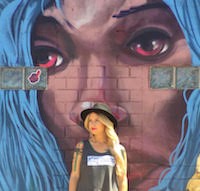