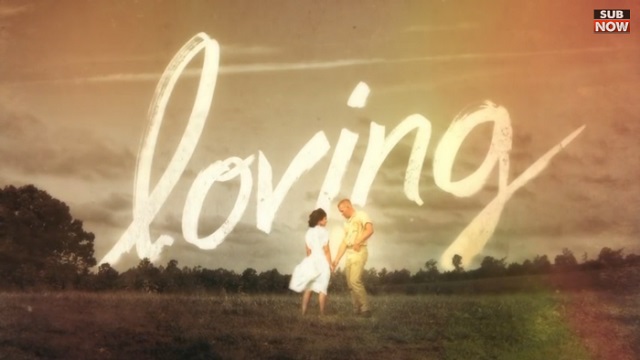 “Being deeply loved by someone gives you strength, while loving someone deeply gives you courage.” ~ Lao Tzu

Do we see skin color or one another’s souls when we first meet eyes?

Is it likeness that we are told we should strive to find, or do we instead let ourselves be led to the hearts that seem like home without any regard to the body that they are held in?

On Friday, November 4th, the new and much anticipated movie Loving is being released. This movie focuses on the real life love story of Richard and Mildred Loving, a couple who challenged the interracial marriage laws of Virginia in 1958 when they wed.

When Mildred and Richard were first married, it was illegal to marry outside of one’s own race—so when the local police became aware of their marriage, they were jailed and forced to eventually leave the state.

There begins the lengthy legal battle that would eventually lead to the United States Supreme Court overturning the original law and declaring the marriage between the them legal—a ruling that is still being cited in the fight for same-sex couples to be able to wed across the United States.

But Loving isn’t just about love—it’s about what we are willing to do in order to get it.

The fact is, that while we have come so far from the era in which it was illegal for two people of different skin color to fall in love and marry, we’re living in a society where racism is real and is still an issue.

When we become complacent, we are then agreeing with the status quo through our bitter silence.

As I watched the preview for this film, I was struck by the amount of courage that both Richard and Mildred had to have in order to go up against everything they did. They didn’t do it for wealth, or to become famous—they did it purely out of love.

It was then that I wondered how many of us would really go to war for those people we say we love—and in the end, can love really conquer all?

This may not be 1958—and there are no segregated bathrooms, buses or schools—but that doesn’t mean there isn’t still a separation between races within our country. It doesn’t mean there still aren’t stigmas attached for those who do happen to fall in love with someone who comes from a different ethnic background.

Not all is lost, though; it just means that we still have a ways to travel until there is no such thing as “marrying outside of our race,” because one day we will finally see that we are all one race.

We are the human race—and whether it’s God, or Allah, or some other mystical divine being that we pray to, the reality is we were not born on this earth to be separated, but to come together. We aren’t here to point out what separates us, but rather appreciate those differences knowing that they can actually bring us closer together.

The thing is, this is just another topic no one wants to talk about.

In fact, it’s those issues that are the most uncomfortable that we have to look straight in the eye, because they will never go away—and nothing will truly ever change until we make the choice to change it.

All of us have immense power, and when we come together, there isn’t anything that we can’t accomplish. Yet, in order to actually facilitate that revolution, we have to be able to name the demons we are fighting against.

Unfortunately, not everyone is yet able to look beyond skin color to see that it’s a person’s soul that matters most—but just because they haven’t yet, doesn’t mean that they won’t ever.

We can dismiss these issues, or even act like they aren’t our problem, but the fact is that this movie is incredibly poignant in light of the current #blacklivesmatter movement  and the many black men who have been killed at the hands of white police officers.

In reality, the longer we let it be an us versus them situation, then the more we prolong hate and give it the power to spread and breed. The more we engage negativity and outdated notions our hearts no longer agree with w,e are only perpetuating the stereotypes and racism that we have tried to overcome for decades.

There is a line between appreciation of differences, versus using differences as a way to cut others down.

We are brought into this world through love, and our greatest journey in this life is simply to find it and give it back—not to give it with pretenses, or stipulations.

It’s not about following ridiculous, outdated “rules” society has set in place, regarding who we should love.

Because the really beautiful thing is that love doesn’t know skin color.

It’s doesn’t recognize certain people as those we “shouldn’t love,” nor does it fade away because we are told that it should.

Because real loving always just comes naturally. Just like it did for Mildred and Richard Loving—but just because it cam naturally, doesn’t mean they didn’t have to fight for it.

Perhaps that’s what we’ve somehow forgotten along the way—that it’s precisely those people we love the most that we need to fight for.

And in the process of doing that, we might just change the world.