When we Lose This, we Stifle how we Relate to the World. 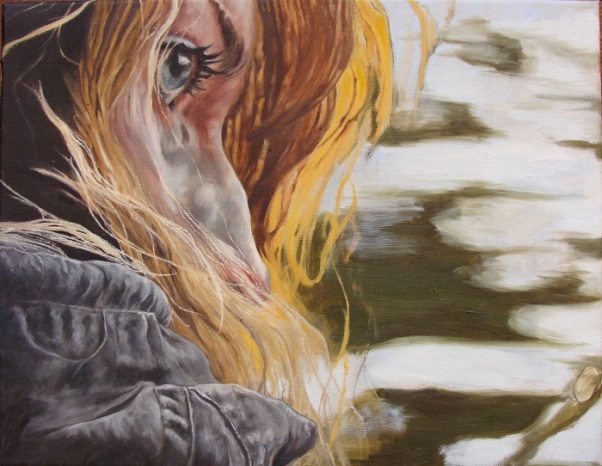 How imagination rescued me—and why it can save you too.

“You’re insane,” she spoke with widened eyes, clearly enchanted by the woven hues of flame-bitten orange and gold, the sullen tones of grays and blues before her.

Shimmering, ethereal, the painting’s subject lingered. A young woman, chin buried into the hood of her jacket, stared resolutely past the canvas’ edge, as if unapologetic for some long-held secret. Like the back of my hand, I knew the motion of each stroke, each strand of hair. I’d dreamt a thousand possibilities of what this girl might have been thinking as she gazed off into infinity.

“Like, really, this is incredible.” Natasha and I stood side by side, attention glued to the painting I’d submitted to our high school’s senior art show. I won’t lie: it was incredible. Mine was the kind of work art teachers drooled over, the type that elicited involuntary “ooh’s” and “aah’s” from proud parents who, having rushed straight from work, eagerly basked in the talent of their sons’ and daughters’ peers. Natasha wanted to walk away, but couldn’t—I could read it in the angle of her body, the way her hips gravitated toward my painted girl.

She stayed a few minutes longer. I should have been flattered, appreciative of her support as a fellow young artist. In her presence, however, my mind pressed upon itself, seeking for the exact words I needed to say in that exact moment. Courage faltering and wordless, I watched Natasha walk away. All I’d wanted to tell her was how ashamed I was.

I’d always been the artist of my family, never scorned or scolded for preferring figure drawing over physics, for escaping into fiction novels and poetry rather than mastering trigonometry. I’d been granted the freedom to hone my artistic abilities and technical skills that, for those who supported me, oozed “incredible.” What wasn’t so incredible, at least for me, was that my works were never appraised for their imaginative qualities. Instead, I was judged on how well I could translate photographs and still-life objects into condensed, immaculately detailed replications of the real things. “A human copy machine,” my friends had joked. It was like being caught up in an ironic game where I was free to create, conceptualize and dream, so long as my artistic pursuits could be packaged into neat, clean works, ready for viewing pleasure.

I felt stifled, trapped in my own painted cage. Like I’d spawned claustrophobia itself and no one was there to release me.

Instead of watching Natasha go that day, I’d wanted to shout after her, begging her to take me seriously when I said I admired the brilliant and outright originality of her unconventional masterpieces, those disastrous multimedia monsters tucked away in the gallery’s rear. I wanted to shake every mother, father, son and daughter’s shoulders, making them look beyond the exhausting details of my work to behold the magnificent extra-ordinariness of Natasha’s inner world, depicted through her art.

I was ashamed of their misdirected wonderment, their refusal to answer the provocations of Natasha’s fantastical scenarios. Most of all, however, I was ashamed of my fearful, cowardly trepidation that kept me from lifting my art into the absurd and limitless domain of imagination.

I said nothing and life went on.

With stifled creativity, I remained in the mundane, fastening my identity and self-worth to the external judgements of my college professors’ grades, employers’ feedback and the gestures and actions of the men I dated. A deep part of me felt empty, like I couldn’t give, let alone affect the world around me, unless my contributions corresponded with someone else’s agenda. Life became like an endless loop of that day in the gallery and the more praise I elicited, the more shameful I felt.

When I moved to Thailand, I thought I’d experience some radical shift, some magical force that would tear away old, self-defeating habits and beliefs in the service of revealing some truer, higher, creative me. I was exposed to a reality characterized by languages, perspectives and spiritualties that confronted my own. I learned to become more tolerant, patient and open to other ways of thinking and being. I could cliff jump into turquoise oceans, fearlessly run up mineral-crusted waterfalls and straddle the backs of motorbikes, weaving through streets where traffic rules seemed nonexistent.

Still, amidst all these experiences, I felt like nothing was different: I was the same timid person, afraid to imagine anything bigger for myself. My environment had changed, only I hadn’t—at least, not in the way I’d envisioned I would.

That night, the air was cool. Inspired by its freshness, a byproduct of the season’s monsoons, I inquired, “What if you could spiral across the sky, skipping along the stars like a stone in water, dipping through the constellations until you’d reached the moon?”

He was a wandering traveler, my age. We spoke slowly to one another, clearly, so as not to let a single thought slip away into the slight language barrier between us. “Hm… that’s beautiful,” he noted, looking out with a ponderous stare into the widening night sky, as if considering the possibility. “I bet you could do it. Project yourself through the stars, I mean—by burping.”

He glanced at me quickly, hesitantly. Was I going to push him off my balcony or (and equally as threatening) chuckle out of politeness and excuse myself for the evening? I imagined the ridiculousness of the scenario, a burping superhero traversing time and space, flushed in a reddish aura as he propelled his way across the moon.

I returned his gaze.

In that moment, something cracked. With the uproar of my laughter, my complete and utter acceptance of an idea so ludicrous, a floodgate opened that I knew, right then and there, would not be closed for a long, long time.

What had cracked was the thick, outer husk of my imagination, an entrance to the snaking pathways between worlds where trees grew fireflies, rain turned plants’ leaves to quartz crystal and deep, unspoken longings revealed themselves in an incalculable number of ways. I could simultaneously be a fisherman, a shaman; a child, a mother; a vaporous light beaming across outer space, evinced once in a millennium.

I could say, do or be anything.

Never had I met someone so willing to engage in imaginative play, to encourage the most outrageous ideas, situations and scenarios for no reason at all. Like firecrackers, we sparked each other, climbing ladders between clouds and tumbling into laughter as we relinquished our faces to hilarious, real-life imitations of emojis. No longer was I living in Thailand, facing the novelty of just one foreign language or one nation’s distinct flora and fauna. I had entered a new realm entirely, and it was as nonsensical, preposterous and limitless as those of Natasha’s imaginings.

Now, I’m a proponent of the notion that we coexist in a universe full of infinite probabilities and possibilities, that everything in this world is an expression of the inexhaustible ways of being. As humans, it’s our purpose and privilege to experience reality from our individual, unique perspectives. The sights we see, poems we write, challenges we face, ideas we conceive—these are all included. From this angle, we are collectively helping the universe, in its infinite expressions, to know itself.

Where does this leave imagination?

When we channel our mental energy into dreaming up “impossible” scenarios, perspectives and ideas, we’re really expanding the edges of how we relate to the universe. The more we imagine, the more easily we can detach from preconceptions of what “is,” “should be” and “always has been.” In essence, we are enabled to rewrite the stagnant stories we’ve created for ourselves in the service of more fulfilled and unhindered lives.

Like the ultimate visa, imagination allows us to graze unforeseen lands, experience distant cultures and break down theoretical and ontological barriers. With it, we dare to dip our toes into unknown pools, becoming more open to new possibilities, confident during unfamiliar situations and trusting in our inherent gifts and talents. When we fanaticize relentlessly, we gain infinite agency in how, when and to where we navigate our pathways through this magnificent, magniloquent world. And the best part? No border runs are required.

Some people say we’re all like insignificant specks of dust floating in space, but I’d venture to say that imagination is vaster than all the cosmos. Our process is creative and the universe is our oyster.

Let’s use our imaginations to realize our own boundless potentials. Whether it’s tackling upcoming work projects or skipping off to live abroad, let’s cast aside the stale thought patterns and habitual beliefs that prevent us from actualizing our dreams. Let’s imagine ourselves out the illusory roles of non-creative beings.

I am no longer ashamed. I’m a newbie to improv, but act like I’ve done it all my life. I’ve taken up ukulele and play like a madwoman. I dance, sing, draw and write, constantly stepping outside who I think I “am” to move about my world freely. I’d never lacked creativity—I just believed I had.

Natasha was right. I have an insane imagination. 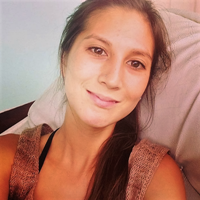