Why we Should stop asking our Children What they Want to be When they Grow Up (& What we Should say Instead). 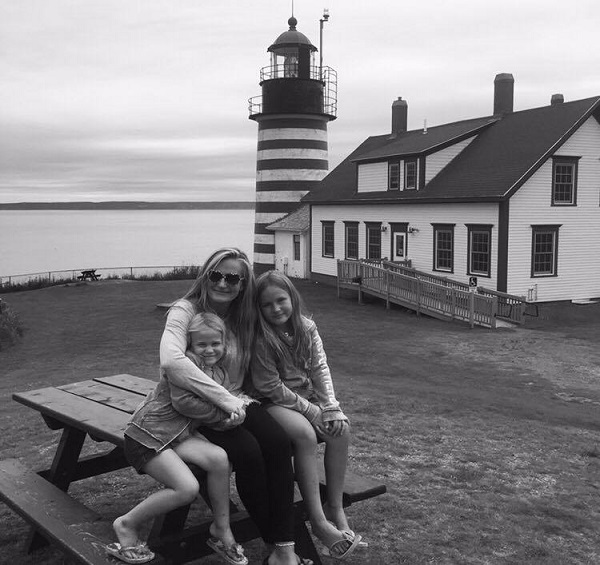 “Children must be taught how to think, not what to think.” ~ Margaret Mead

What do you want to be when you grow up?

This is a question that most of us were asked when we were still just starry-eyed children running around playing with our imaginary friends in a world of our own creation.

Perhaps we answered with fireman, teacher, police, mother or even father.

But, we weren’t really answering the question that these adults were asking. What they were really inquiring was what occupation we were going to choose to make money and become an integral part of our society based in consumerism and profit.

And this is why I don’t ask my own children this question—because their answer is inconsequential.

I don’t want to raise my children with the expectation of a career, but instead with a life’s purpose.

They will need money to a degree, perhaps if they choose to stay and live within the society that we currently are in—but that isn’t the only option in this life and I want them to be aware of that.

The reality is that what we do doesn’t determine who we are, nor does it truly reflect how happy we are—and the truth is, I’m still waiting to truly grow up at the age of 34.

What if instead of asking children what they want to be when they grow up, we asked them what they think their soul’s purpose is in this life?

Do they feel called to help people? Make the world more beautiful? Create a revolution of change?

The thing is that we need people of all professions in order to make the world work—we can’t all be doctors and teachers.

I have high expectations for my children—not for them to attend medical school, but to make a difference.

Since they were young, I have read them the book Miss Rumphius by Barbara Cooney. In this story the main character is asked by her grandfather how she is going to make the world a more beautiful place, so she spends her life traveling the world until she is aged and grey and comes home to rest.

Finally, she gets the idea to sow thousands of lupine seeds into the neighboring hills and meadows and towns around where she lives, thus making her world a little more beautiful.

See, I don’t believe that we need to raise children to have fat bank accounts and climb the corporate ladder in order for them to find “success.” I think we should start asking them how are they going to make the world a more beautiful place, and how are they going to leave it better than they found it.

Even if each child grows and makes a small difference in their communities—a garden, a community center, a local business, a nonprofit…whatever it may be—we can dramatically change the world that we live in a small step at a time.

Change isn’t created by the doctors and lawyers in our world, necessarily, but instead by the people who live small lives with big hearts.

Maybe, for some, money is what drives them and makes them happy—but I wonder, if that’s all they have, are they truly satisfied?

I’m not here to judge or devalue a life that others find satisfaction in, but I do believe that there is another way to raise children than just asking them what career they will choose when they grow up.

Some may say that children won’t understand this concept—that asking them what their soul’s purpose is would be too abstract of an idea for such small minds.

But that just isn’t true.

Our children will live up to what we expect them to understand. I constantly make it a point to ask my girls how they will make the world a better place than it is now. At this point, they usually answer me differently each time, and that is okay because they aren’t meant to know anything for certain right now—but they should be able to consider it.

When I was a child and people asked me what I wanted to be when I grew up, I said a marine biologist—but in reality I think I wanted to be a mermaid so I could dip below the waves and disappear.

The point is that what we do for a living isn’t who we become when we grow up—so why are we still asking children to define themselves in such a way?

The way I see parenting, my children are on loan to me for a very short period of time. It is my job to help raise them into the amazing young women that they were born to be—women who not only want to change the world, but also are given the capabilities to do just that.

It doesn’t matter if they choose to use their gifts and end up becoming teachers, police officers, missionaries, or vagabonds who travel the world in search of the real Pete’s Dragon—what matters is that they are looking for ways to make the world a better place and not just trying to receive a paycheck.

I will be proud of them regardless of which path they choose, but I never want to raise them with the expectation of choosing a life so that they can fall into line with the masses.

I want them to be impassioned, full, confident women who are more satisfied by their role in this beautiful chaos of a symphony that we call life than any label that someone else would like to define them by.

And just maybe, one day—they actually will change the world.

Because the truth is, we all can, we just have to believe it.

“What is your soul’s purpose? How are you going to make the world a better place?” ~ Kate Rose

“By saving people and helping them to be better.” ~ Abi, age 4

“Starting programs to help end pollution so our world is healthier.” ~ Emma, age 9