From Bad Apple Pies to Big Loves: The Power of Food Memories. 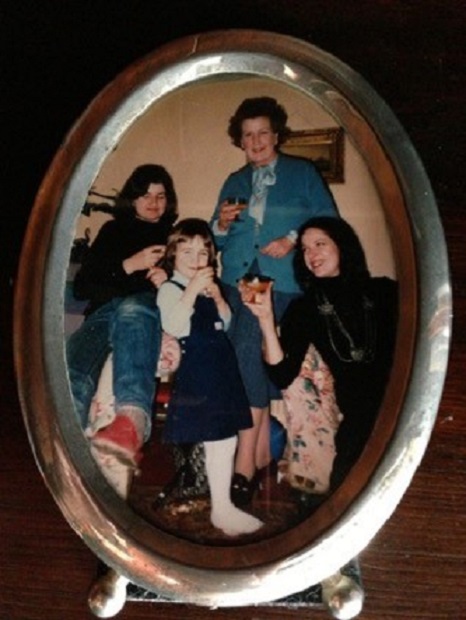 “There is no love sincerer than the love of food.” ~ George Bernard Shaw

I love to cook. I don’t love to eat, particularly, but the act of cooking for people— giving nourishment and joy to those I love—that makes me happy.

I use food to show my family I love them. I inherited this from my grandmother, who cooked for a living. She wasn’t a chef, but she was a good, old fashioned English cook.

Her oft-repeated cooking advice was, “Everything’s better with butter.” (This was in the early age of margarine, so it was a bold statement.)

This love for cooking has its downsides, though. My eight-year-old son’s picky eating habits are heartbreaking. But my husband’s wholehearted love for my food is the key to our relationship. I’m not sure he knows it, but when he gets a subpar meal, it’s normally because I’m annoyed at him.

When we first met, I lived with him in a cabin in the woods just outside the “town” of Stanley, Idaho—population: 101. I wasn’t working then and would spend my days in domestic bliss cooking apple pies for him.

I was living out a childhood fantasy, somewhat inspired by repeated plays of the song “American Pie” during a childhood spent with an American mother in London. (I was seven; Don McLean’s greater meaning was lost on me then.)

Of course, making apple pies every day wasn’t a long-term plan. It was a brief idyll before embarking on the serious job of life. But as I approach my fifth decade, those apple pies I made—which were actually pretty bad—live in my mind as a powerful memory, as do so many other “food memories.”

Food memories are a unique phenomenon. In the Pixar movie Inside Out, the protagonist’s transition to adulthood is symbolized by sadness touching every one of her core memories, the implication being that we need to incorporate sadness into our memories in order to grow up, become an adult and face what can be a cruel world.

But I’ve discovered that food memories are almost always immune to sadness.

Everyone has that dish that transports them to their happiest childhood memories. It’s a combination of powerful senses—smell, taste, touch—with the deepest core of “us” that just can’t be damaged, no matter how much sadness tries to beat down the door.

These are some of my most powerful food memories that relate to the biggest loves of my life (pre-husband and children):

1. Every time I eat a slice of toast with marmalade and butter, I think of the man who came closest to being my husband. His father, a big, brusque Scottish powerhouse of a man, hated marmalade with butter.

“The texture of your teeth going through that butter just makes me shiver,” he told me once as we sat at the breakfast table in their home in Shropshire. He passed away a few years ago. I still regret not reaching out to his son, whom I haven’t spoken to in years. But with every slice of toast and marmalade comes a smile in his memory.

2. I can’t see bacon sizzling in a pan without throwing freshly chopped tomatoes in there, too. It’s an instinct driven by a food memory of my college boyfriend, who grew up on a farm in Worcestershire with a house that resembled Ron Weasley’s in Harry Potter.

I remember standing in front of his family’s AGA as he showed me how to cook bacon “properly” in a cast iron skillet. “The tomatoes bring out the flavor,” he said. He wasn’t the best boyfriend, but my strongest memory of him is bacon, and it always makes me smile.

3. Finally, there are the true loves of my life—my girlfriends. That quirky collection of females who stay in your life forever, even when you move 6,000 miles away and only get to talk to them on WhatsApp. There are a few memories that stand out:

• Sitting with Jo in a hospital restroom stuffing a Yorkie chocolate bar in our mouths before her doctors found us. We were 11, and she’d just been diagnosed with Type 1 diabetes.
• Standing in the kitchen, at 13, watching Hannah blanche tomatoes in hot water before making simply the best homemade tomato sauce I’ve ever had.
• Going home to Henrie’s house after school one day, watching her take a green pepper out of the refrigerator and chomp into it like an apple.
• Visiting Cariad at her first house at university, where she cooked us all Delia Smith’s salmon with pesto, the most grown up meal I’d had in my life up to that point. I trot it out for special occasions today, and always grin recalling her effortlessly grown-up brilliance, both then and now.
• Seeing my friends for the first time in two years and mis-remembering that it was Sarah that loved mushrooms and Nadia that hates them, but it not mattering one bit.

Melancholy moments, happy moments and banal everyday experiences, crystalize people in my mind and bring me joy every time I see a tomato, a green pepper, a Yorkie bar, mushrooms, and marmalade and bacon.

These are food memories.

They make us smile and remind us every day, in little ways, where we’ve been, what we came from and who we are. Cherish them. 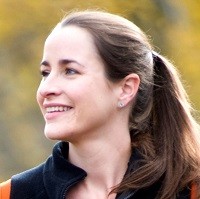