How Holding the World gave me a fresh Perspective. 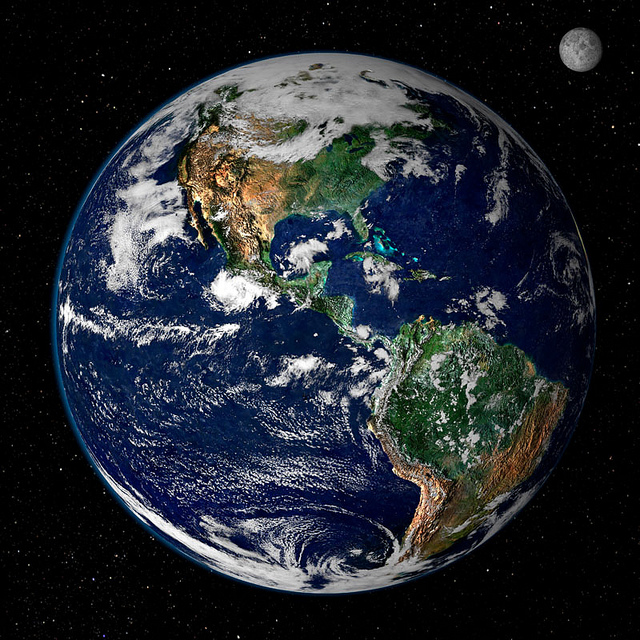 Wait a minute. I didn’t sign up for this.

In the last three weeks the difficulties in my life have been piling up by the minute. First, a close friend shared some bad news she got from her doctor—a mass behind her heart, he said. A few days later, I received a desperate call from my son telling me that my younger grandson was “freaking out of control” almost every day, and his whole family was at their wits’ end.

On top of that was the intense foreboding that the recent election results added to the mix. On Monday morning, I woke up feeling heavy and tight and afraid. I had a sense that I needed to do something to make things better—or different. I didn’t have any idea what to do about any of it, and I also had a sense of total helplessness.

I sat down in the living room with my coffee. It seemed like a good interim solution. I’d just relax and try to get a grip on myself. I stared straight ahead, at nothing in particular. Maybe I should have been thinking things over, but I kind of glazed over instead.

When my eyes finally came into focus, they landed on a globe of the world that sits on a shelf next to the piano. It’s one of those things you have in your home that’s been in the same place for so long that you don’t really see it anymore. But suddenly, there it was. Without a thought, I went and picked it up.

It looked so tame in its graspable size. And somehow holding the world like that gave me a momentary sense of calm, and the idea that what I was going through wasn’t too much after all. I was sitting with it and imagining the real world—with so much going on, good and bad—and humming with life.

I know there are over seven billion humans on the planet, but at that moment, I put them all in my lap and rocked them. I reflected on the fact that we are all part of a miraculous and exquisite whole.

I have a book at home called The Home Planet. It is a huge, over-sized book that is compilation of pictures and quotes from astronauts and cosmonauts who have gone into outer space. I make sure it’s visible, hoping that visitors will pick it up and take a look. Partly because there are such amazing photos in it, but more than that, I love what people have said after seeing the earth from up there.

“On the first day or so, we pointed to our countries, on the third day, to our continents. By the fifth day we were aware of only the earth.” ~ Sultan Bin Siman al-Saud, from Saudi Arabia

“Having seen the sun, the stars and our planet, you become more full of life, softer. You begin to look at all living things with more trepidation and you begin to be more kind and patient with the people around you.” ~ Boris Volynov, from USSR

So there I was, holding that globe in front of me. It’s a relatively small globe in the scheme of things, and from this view, its inhabitants do not even appear as dots on its surface. There are actually many trillions of beings there, from microbes to spiders, to antelopes, to elephants—not to mention each of us humans.

In holding it, I was realizing that when I start seeing things from a perspective beyond my narrow world, I can see more clearly, but I also start to confront my relative insignificance. It’s pretty uncomfortable, but really good.

That morning changed my perspective. My problems are small, after all, even though they can feel big. I can start by not making the parts of my world that I don’t like “wrong,” or what seems to be my point of view “right,” so I can feel secure. I don’t have to blow myself (or my circumstances) out of proportion, or try to make myself bigger or stronger than I am, to overcome a real or perceived smallness. I don’t have to spend my precious energy trying to prove to myself and everyone else that the best bits should or do “belong to me.”

For a split second, holding that globe, I knew that it was actually all mine. As the old gospel song says, I’ve got the whole world in my hands—the blue of the oceans, which covers so much of the surface and reaches into its depth, and the continents that have so clearly been drawn by an extremely artistic and imaginative hand, rich with the myriad forms of life. The swell of the equator shows just how big my waistline is, outside of the agreement of Elle or Glamour magazines, and explains why that area literally teems with life.

From this broader point of view, I can love the whole of it, a most unusual and miraculous creation. If I chop it in pieces, I will destroy it. It’s merely a small mind, looking from a narrow view, that splits itself off and identifies with a tiny bit of it, and then—out of that erroneous identity—tries to make itself feel bigger. That lonely, separate point of view never has enough, and continually needs more and more and more. And even when it gets it, is still never satisfied. It has an unquenchable appetite filled only with need. “This beach belongs to me. That mountain is mine.” “No, it’s not yours. It’s mine.” How absurd.

So I’m holding this world, including my personal life, and others’ lives, but not limited to that. I’m holding it in my heart—and as I start to do that, I feel an enormous pressure, a different kind of pressure, than my personal cares. It’s like something pushing at my chest from the inside, because it needs more space.

I realize that it’s because I’ve underestimated my heart’s capacity. I think it’s only the size of my physical body. Once I let more of the world in, my heart begins to expand to accommodate it. I’m discovering that my heart is not just bigger, but possibly limitless in its capacity, and it certainly is much more than an organ in my body.

I believe that holding the world in this way is just the beginning of our real purpose as human beings. We’ve wasted so much energy—at least a trillion, trillion giga joules—and time (maybe a million years), trying to get our little mini-dot to be something it’s not. And we’ve gotten so busy with that, that we’ve missed our enormous ability to be available to the vast intelligence that waits for us to discover it.

Let’s zoom out and expand, know and receive more. And then, when we zoom back in to live our lives, we’ll be able to bring that great intelligence and abundance back with us—which is real wealth.

Back here on earth, my friend is so beautifully being with her health issues and making loving decisions. My son reports that things have settled, now that he realizes when he relaxes and doesn’t take things too seriously, his son calms down much faster. And as for our president-elect—well, let’s wait and see. 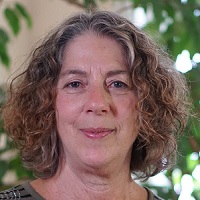