How to Make Coffee Great Again. 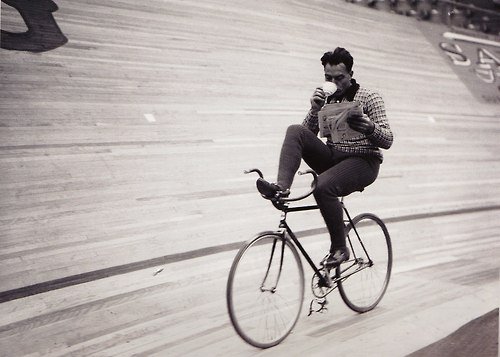 “It is our ability to acquire, use, and conserve energy that ultimately defines our lifetime adaptive success.” ~ Donald Yance

Coffee, tea, yerba mate, chocolate. I love them all. And I’ve consumed them copiously in my quest to understand caffeine, energy and bio-individuality. Cross-referencing my personal experience with new research, I’ve tested and tasted through euphoria and headache. After some severe denial, I finally must admit:

Caffeine is a zero-sum energy game when consumed habitually.

That was hard to say. And sure, I’m ignoring all the beautiful subtleties of your brew of choice—antioxidants, L-theanine, theobromine and more. But I’m only concerned here with energy over time. Let me explain.

One of caffeine’s main mechanisms of action is blocking adenosine receptors in our brain. The neurotransmitter adenosine makes us sleepy as it builds up in the body and activates adenosine receptors throughout the day. Caffeine looks enough like adenosine to trick these receptors, but then ingeniously blocks the receptors without activating them, causing a traffic jam of adenosine.

With adenosine receptors temporarily disabled, other happier neurotransmitters have the open road in the brain, giving us that mild euphoria we all love. Your brain becomes a nightclub with a bachelorette party in full swing. The lame adenosine boyfriends are trying to get in but the bouncer, Mr. Mean Caffeine, is blocking their way, allowing the lovely Dopamine, Glutamate and friends to party on ‘til morning.

Caffeine may win a few battles against fatigue, but it cannot be the victor of the war.

Our bodies, desiring balance, eventually begin to counter caffeine consumption by building more adenosine receptors in the brain, increasing your tolerance. Depending on which study you consult, this can happen in as little as two days or in up to two weeks. When this happens, our normal caffeine consumption is only enough to counter those extra adenosine receptors, which effectively brings us back to our baseline level of energy. Even worse, that wonderful euphoria sensation pretty much disappears.

In contrast to caffeine, super herbs called adaptogens actually enhance our bodies’ natural ability to maintain that balance, rather than seducing our bodies into a temporary high-energy state. They do this partly by modulating, protecting and strengthening the stress and immune responses, leading to increased adaptive resilience. While some adaptogens do have direct stimulating effects on the central nervous system, much of the extra energy experienced is instead a result of more efficient and enhanced energy production and less internalized stress.

A profile on Rhodiola captures the difference between caffeine and adaptogens:

So how do we strategically use both caffeine and adaptogens for sustainably increased energy? First, cycle your caffeine. The key here is to avoid building up tolerance through the (unwanted) new, more sensitive adenosine receptors. Do this by spacing out caffeine consumption to once or twice a week—personal experimentation will uncover your sweet spot. Used judiciously, caffeine is ideal for peak occasions: a pre-race coffee, a meditative tea ceremony, a mate-fueled storm of creativity, the list goes on. Infrequency helps maximize the experience, and the appeals of caffeine as daily maintenance will slowly fade.

Adaptogens, on the other hand, can become your primary source of daily energy support. While effects are often immediate, many of these herbs are more transformative over longer periods of time. Herbalist Mathew Becker states:

Our individual biochemistry is incredibly varied and unique, and science is still figuring out all the intricate interactions. The advice offered here is meant to serve as a mere signpost on the path of your own internal energy explorations. So experiment with your caffeine consumption, find the adaptogenic herbs that suit you, and cycle toward superhuman. Happy travels! 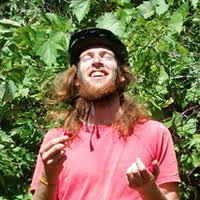