Life is a mirror—so then is Trump & Brexit. 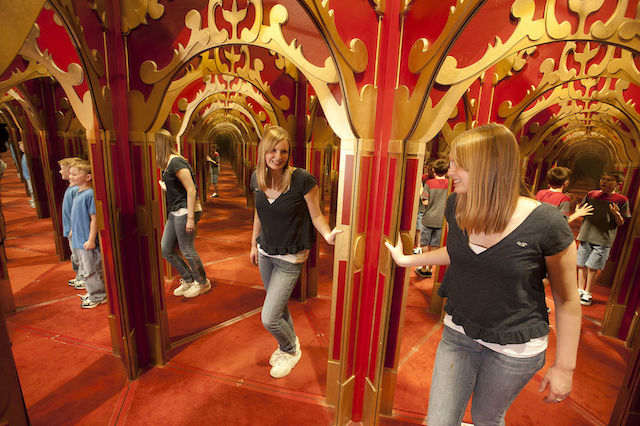 I’ve always believed that the forces that we can currently observe in the world around us are but a physical manifestation of the internal conflicts that plague us.

Life is a mirror.

The impulse that compels us to eliminate a mosquito that dares to awake us from our slumber is the same, in principle, as the energy that fuels sectarian violence and genocide.

It may sound far-fetched, but think about it.

In both circumstances we are acting against a perceived threat to our wellbeing—although clearly the latter example characterises this impulse at its most extreme. Nevertheless, whatever way you look at it, it is fear that motivates both actions and violence, in both instances, is the outcome.

Some interesting and disturbing truths about humanity have come to light as a result of recent global developments (in two words: “Brexit” and “Trump”).

Both victories rocked the world.

To be honest, I half-expected the outcomes. And, although I see myself as a bit of a peace-loving, yoga-practising hippie, I was, in a strange way, pleased. To my mind, these outcomes were necessary to jolt the human race out of its complacency and to awaken its awareness of the current state of the collective unconscious psyche.

You may feel excited or validated by the triumph of Nigel Farage (arguably the driving force behind the Leave Campaign) and Trump or disgusted and distressed. My friends and family have, on the whole, been feeling a sense of emotional, mental and spiritual fatigue.

A common question among those who feel disappointed is: Is my country really that hostile, that disagreeable, that ill-disposed?

People have been truly shocked when faced with the truths that these results have unveiled. Beneath a veneer of politeness and congeniality sits fear, mistrust and uncertainty and a belief that their country had changed far too much—that the United Kingdom and United States were now almost unrecognisable.

The soundbites from both campaigns harked back to another era, an era where national pride underpinned the status quo: “Make Britain/USA great again.” And the inconvenient reality is, that the successful campaigns recognised people’s apprehensions, tapped into them and exploited them.

It’s all well and good to point the finger at others and to shift the blame onto political figures for employing divisive rhetoric or for taking a particular stance while campaigning. But, they are only there because their energies are in alignment with the energies of the collective unconscious: their strengths are our strengths, their vices are, unfortunately, our vices.

Life is a mirror.

The world is fast evolving into a global, multicultural nation. Many are afraid about what this means about their identity. To these people, inclusion equals a dilution of national identity; it creates uncertainty about who they are. To most, the thought of not knowing who you are is frightening.

The Brexit and Trump campaigns tapped into people’s need for a sense of belonging and presented their identities as being threatened. This need for belonging is a powerful force to be reckoned with, as we have seen by the level of the vitriol that has been aroused.

If we really want to effect positive, lasting change, the only thing we can do is turn inward and apply some rigorous introspection.

The time is now.

We need to identify the areas where we need to change. We need to apply mindfulness in our interactions with others. Where do we manipulate? Do we exploit others given the opportunity?  Do we always act with kindness and compassion? Do we employ divisive language? Do we see ourselves as separate from others?

In answer to the last question, I know I sometimes do. I also know that I can fly into a rage with those closest to me. I know I can be passive-aggressive. I know I can be sneering and condescending to those who don’t agree with me.

What happened to the peace-loving, yoga-practising hippie?

It hasn’t been any easy process to observe the negative aspects of my internal workings or my primitive, fear-based responses to certain people or situations. It’s been painful and many times it’s brought up a lot of shame. But, most importantly, when I finally shone the light of discriminative discernment onto some of my reactions, I actually felt empowered.

Now that I could see my issues, name them and understand them, I was no longer a victim of these shadow impulses. I gave myself the opportunity to become a conscious co-creator of my reality by engaging directly with my darkness.

This awareness of our short-comings is the true path to transformation.

Because I can see it, I can heal it.

Figures that are being elected into public office represent all the impulses that have been hitherto repressed because we were ashamed to believe that we had evolved no further, because we knew that this behaviour ran counter to what we’ve been taught about loving each other and because we knew we could do better. Lurking in the realm of the collective unconscious have been intolerance, hatred, anger, violence and a deep fear of not belonging.

As a society, we’ve imploded. These impulses were too powerful to remain hidden under the surface any longer. They needed a vent for their expression—cue Farage and Trump.

But now we can see it.

And, because we can see it, we can heal it.

On the path ahead lies a great task for each of us—to identify where we are not in alignment with the cosmic truth of oneness and unconditional love—and to purge our mental, emotional and spiritual impurities.

We identify ourselves by gender, race, sexual orientation, religion, skin colour, nationality—but this is not who we really are. Our true identity goes well beyond physical attributes and leads us into another realm altogether.

When we do not recognise this truth, division works effectively because, by the exclusion of others, you are more able to secure your own identity—I am not this, therefore I must be that.

When we realise, in the words of Rumi, that we “are not a drop in the ocean [but] the entire ocean in a drop,” our true sense of self can be established.

Only when we have realised this truth will we be able to usher in a new era of mutual understanding and boundless love for one another. 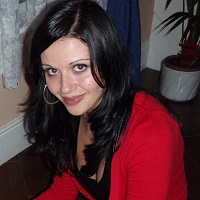