No Matter How you Love him, you Can’t Teach him to Love Himself. 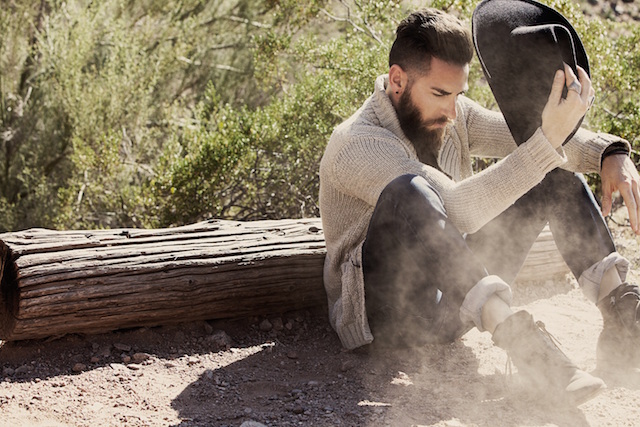 *Eleditor’s note: Elephant is a diverse community of millions of readers and hundreds of writers. We are reader-created. Many blogs here are experience-based. We recognize that our audience members may not fit into the binary gender narrative or heteronormative context that some of our articles are framed around. Join in on the conversation or start your own by submitting your writing here.*

“Some steps need to be taken alone. It’s the only way to really figure out where you need to go and who you need to be.” ~ Mandy Hale

You can love him exquisitely through the silence of time and you still won’t be able to teach him how to love himself.

It doesn’t matter that you can see the world in his eyes, or hear the beauty of his soul; if he hasn’t tuned in enough to love himself, no amount of love from you will change that.

It’s a bitter taste of truth that can taint even the most heartfelt of emotions.

Sometimes—even if you love him with all you are—it won’t be enough for him to turn inward and see all the reasons why you should. When a man doesn’t love himself, he shows it to the world through his choices and beliefs.

Not only is he not living up to his highest self—he is in fear of it.

While at times it may seem trivial that the only thing standing between love and pain is the ability to love oneself, but in truth that wall is made of his concrete beliefs about his own unworthiness.

No matter how patient or kind your love is—no matter how sweet your kisses are or how wonderful you are—nothing will be able to change that fact but the man himself.

The only person who can teach us how to love ourselves is, in fact, ourselves.

It won’t matter if you tell him he’s amazing or explain exactly why you need him in your life, because to him he’s just not worthy of you or your love.

He’s still in that place of accepting less than because that is how he feels about himself. He will still look to women not to raise him up, but to help in keeping him down. That is where he’s comfortable. He won’t be able to accept unconditional, because he is only loving himself in parts—based on the condition that no matter what he’s doing he isn’t living up to his own potential.

This love is salty tears staining the pages of a homemade journal; it’s a cold empty bed, and arms that don’t wish to hold anyone but him. It’s the worst kind of heartbreak.

Sometimes you fall into believing that if you only opened up a little more, if you showed him exactly why you love him perhaps he would begin to taste those words as his own truth. But, even if he did, it would be your taste and not his. It wouldn’t be that self-love radiating from inside his soul, but merely your projections.

You can be faithful and understanding, so thick in comfort that you’re sure it would keep him warm during the coldest night of the year, but this man you love so deeply lives in the perpetual frigidity of life without self-love—and nothing that you do can ever change that.

No matter how you love him, you can never teach him to love himself.

Instead, the only thing to do is let him travel those dark and weary paths of inadequacy on his own. You don’t have to turn your back on him, but you do have to stop trying to teach him the ways of your love hoping that one day he will magically start to wear them as his own.

You simply have to love him quietly until he begins to hear his own rumblings of truth within his heart.

There are some moments in our journey that we are meant to walk alone—times of growth so painful that we aren’t quite sure if we will make it through to the other side. Times when it seems we are more lost than found, and the only thing we see in the mirror is all of the reasons why we shouldn’t be loved.

It won’t matter if you look into his soul and sing to him about how good of a man he is, because if he is only judging himself by his mistakes, he will never truly see his successes.

He won’t be able to love you through this; sad dreams hold him while he sleeps, and he hasn’t yet learned to love himself. Perhaps he has searched for it in the eyes or beds of other women, and maybe there was even a time or two when he thought he was on top of the world. Yet if that were truly the case, he would still be there—but he’s not.

He’s still unable to love you—a woman who quite possibly could change his life in all of those delicious ways men crave, even if they fear saying those words aloud.

We are all a work in progress, but there is a difference between loving ourselves through that process or of becoming so self-critical that we actually stunt our own growth through self-sabotage.

He might even encourage you to venture away from him and find a better man—and while we both know that only the man worthy of you thinks such thoughts, he won’t understand this, perhaps until it’s too late.

No matter how honestly or raw you love, if he hasn’t yet learned how to love himself in both his darkness and light, then he will never be in the place to truly meet you in that place of love found together.

The only thing to do sometimes, as painful as it is, is let him be free to wander the darkness of his soul on his own. To let him travel down those murky waters of regret and brilliant truth until he stumbles upon his own worth.

Until he has learned to love himself and believe that he is worthy of accepting great love, he will continually push you away.

A man can only love a woman as he has learned to love himself, and until he has opened himself up to the unconditional, he just won’t be able to understand why a woman like you has fallen in love with a man like him.

Some things we are just meant to do on our own.

“You don’t have to be perfect in order to be loved.” ~ The Goddess Rebellion