For a long time, I had a flawed perception of intimacy; so much so that the very phrase “make love’” made me uncomfortable.

I mean, honestly, who says that?!

To me it smacked of insincerity, of flowery romance novels; it was cloyingly redolent of insipid and anaemic men afraid to express a primal want.

I was not that.

Oh no, not me. I am charming, suave and rugged! I’m a man unafraid of my sexuality, and not afraid to tell the women I was seeing that I want them, that I desire them; that I want to enjoy their nakedness and have sex with them.

And that’s what I did.

I didn’t make love. I had sex. I got laid. I fucked. And my tenuous grasp of what I thought it meant to be a real man was re-affirmed. I mean, I was having sex—what’s more manly that?

It took me a long time, but I finally know the answer to that question.

Growing up in a small town, I was an incredibly shy little boy. I was short and skinny and bookish and nerdy. The problem was for the 12 years of my schooling, I went to a rough-and-tumble all-boys’ school.

Suffice to say, I did not fit in. And I certainly didn’t date much. (The first time I kissed a girl, I was 16. When we were done, I burst out in a nervous laugh, and couldn’t stop.)

Then I left that little town to attend university, and for the first time in my life I didn’t have to be the shy, awkward kid anymore. I was given a clean slate: this was my chance to reinvent myself.

And I did exactly that. I drew attention to myself wherever I went, I made sure I was finally seen and heard. I was uncouth and brash and, frankly, annoying sometimes. But, by God, I was noticed.

This is where I entrenched a mistaken belief that has cost me many relationships and the love of more than one amazing person, because this is where I got confused about what it means to be a man and what being “seen” really meant.

While I was so painfully and loudly crafting this new persona I lost sight of the authentic me—the pendulum had swung too far to the other side. Thing is, I had forced myself to become this new person because I thought that is who other people would like and find attractive; I couldn’t back out now.

So I went about being “seen” by virtue of sleeping around.

I wasn’t a complete he-whore though, I had two wonderful, loving long-term relationships during that period, but admittedly, I slept around in between. A lot. And this became a behaviour that followed me into my adult life.

Now this is where things get a bit murky: I think sex is healthy and fun and amazing. It’s primal and gratifying, and, well, it’s sex—what’s not to like?

But sex alone isn’t all that.

There comes a point where sex—where fucking, just doesn’t (wow, I initially wrote “fill you…” but let’s try another phrase, shall we?) mean that much anymore. By that I don’t mean that it’s becomes less enjoyable, but that perhaps there’s something missing.

And I figured out what that is.

As I said, for a long time I feared that I wasn’t being seen, that I was stuck being the shy, quiet kid and no-one would ever notice me. I thought that being intimate with someone would somehow fix that. As it turns out, as wonderful as sex is, as amazing as fucking is, and breath-taking it is to watch a woman undress for you for the first time, it is just a physical act: insert Slot A into Slot B (or Slot C or Slot D…)

Being seen is all about far more than that—it’s about who you are, not about who people think you are, and sex will never help you fix that. You can’t rely on someone else to make you feel better about who you are either; most importantly, you cannot define yourself through sex.

Seriously, it’s as simple as that, and it took me a ridiculously long time to realise that. Be yourself as honestly and viscerally as you can be.

Be the skinny kid; be the shy little nerd who revels in fantasy books and mythology; if you like being quiet and alone, find someplace for yourself and chill. Hell, if you collect only stamps that were licked by menopausal nurses, get ready for shameless philately (geddit?) because—and this is the crux really—there is no-one else like you. Why be a facsimile of someone else when you’re a goddamn original?!

Be true to yourself and who you are. Be authentic and embrace all the weird little idiosyncrasies and foibles that make you you, and own them proudly.

Own it all. Because if you don’t, you run a terrible risk: that one day you’ll meet someone you can’t help but be drawn to unlike to anyone you have before, and she’ll see you along with every pretence that shadows you. All your carefully constructed facades and ameliorating lies; your false bravado and the brash laughs that cover up vulnerable silences.

She’ll see through it all.

You could take the easy route, the way you’ve always known, and fight the revelation (and lose her). Or you can have courage: you can let her see the real you.

She’ll look at you, really look at you, and all the bullshit you’ve carefully encysted yourself in will slough off and you’ll be laid bare.

It’s frightening beyond what you think you can endure—every false support you’ve carefully constructed to elevate yourself will crumble, and with it so will the false sense of self. You feel caught in the most demanding maelstrom, a dervish of identity.

And it is one of the most life-changing things you can ever experience.

This is a real definition of what being “manly” really means—to be comfortable enough and secure enough in yourself to show weakness, to be bare and vulnerable—and then still being the rugged, kitten-rescuing, spider-hunting, stubbly, bedtime-story-reading, glorious man you are.

That is the sexiest state of nakedness you will ever achieve.

And this is where the most amazing intimacy happens. Because should you ever sleep with this woman, you won’t be having sex: you’ll be making love.

Making love isn’t the province of weak-chinned men who wear poofy-sleeved shirts and who only enjoy tender sex in missionary position; making love is an intimate bonding with someone who sees you.

It’s a union of spirit through acceptance and recognition. It’s a conflagration of desire and want and lust and tenderness and vulnerability and curiosity and stillness. It’s rapture and a death of sorts, sinuously entwined with discovery and newness.

It doesn’t matter whether you’ve just met or if you’ve known each other for years, it is a union unencumbered by pretence; you want to consume the other.

You want not just their body, but their mind and soul too.

You want to introduce her fears and monsters to yours and watch as they march off together because they can’t stand the light; you want to share the breath that fills her lungs.

Don’t get me wrong, sex has its place, so does fucking. But don’t ever think that’s all there is—because then you’re missing out on something so much bigger.

Discover who you are, peel away the armour of ego, let yourself be, and be willing to make love. 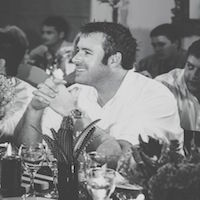