The End of Reason is Now Upon Us. 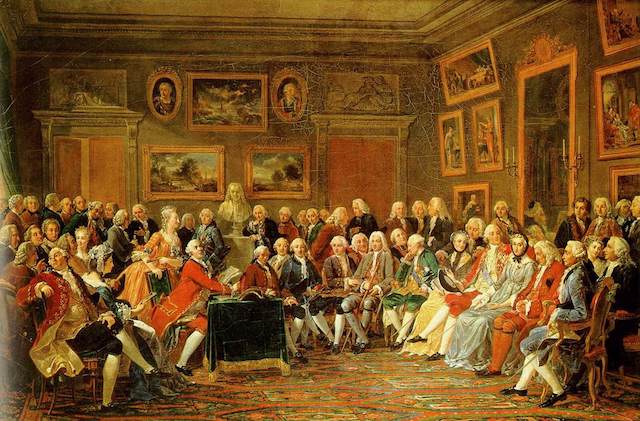 There is something sublime about the view from above the heavenly kingdom of clouds.

The vast white mountains billow and roll, stretched wide before the reaches of the imagination. Inside there is a roaring, outside the refracting sun, golden-yellow and tinged with violet, as the plane makes its way across the white-steppe of the planet.

For thousands of years now, the sky has remained the terrain of the gods. We have imagined their omniscience, bowed down before their omnipotence, reasoned if we were pure enough we might ascend their lofty heights. For the realm of the gods has most of all been thought a place of purity and serenity.

The linguist and cognitive scientist, George Lakoff, argues that morality is metaphorical. When we speak of being morally upright, we are speaking about an experience accessible to us all, of being wakeful and alert, detached from work, removed from the squabbles of everyday life.

When we speak of someone with a low character, we imagine them lying down in sloth, while the high-minded possess energy and the impartiality of distance. These metaphors are formed early in life, according to Lakoff, through repeated experiences, accessible to everyone, thus lending to them an appearance of universality.

The European Enlightenment of the 18th-century unknowingly crafted ideal reasons from these metaphors. Enlightenment Reason sprang from the minds of Voltaire, Diderot, Jefferson, Kant and others. And it imagined that through reason we might arrive at universal ideals. The democratic principles of Enlightenment Era philosophers tend to be logical and constructed like edifices, brick upon brick of reasons reaching toward the sky.

And we can see them at work in the United Nation’s Charter and Declaration of Human Rights, whose promise remains yet unfulfilled but whose ideals lift us upward. Humanity may not yet have scaled these heights, but still they press us forward. And there we see the moral metaphors again, the great march of reason, pushing us onward and upward, progressing toward some higher end of history.

Enlightenment Reason pressed the peoples of Europe and the Americas to apply their ethical commitments consistently. Thus, we find the extension of democratic rights from rich white men to the poor, from women to peoples of color. And perhaps we are seeing the faint echoes of this march of reason in marriage equality, transgender and animal rights.

The God of high places was everywhere complacently murderous, however much this may be written out of the religious doctrine handed down through the ages. And the high-minded Enlightenment was, let us not forget, a time of empires as well. The British would stand aloof, arguing over the benefits of free-trade, through the 1840s, as two million Irish starved; later in 1940s, they would look away as Bengalis starved.

And it is for just such moral failures that the Left has often excoriated imperial reason. Postmodernists have deconstructed it, feminists undermined it, conservatives abandoned it, and Wikileaks exposed it. And in the aftermath of this regicide we tend to hear in the soaring rhetoric of a President Obama, less the inspiration of progress and more cause for cynicism. For far beneath the heavenly kingdom of universal reason, outside the hallowed halls of the philosopher-king, war and genocide, corruption and ecocide, roll in upon us like some black tide of filth.

Following the fall of the Soviet satellites in 1989, Francis Fukuyama speculated that perhaps we had reached the end of history to which humanity had for so long aspired. For while autocracies might lag behind near the rear, and closed economies might limp along, the great train of humanity was moving in a clear direction. And while some countries like Denmark and Sweden might lead the way, nobody doubted that democracy was superior to autocracy and that some form of market economy was the only thing that worked.

Now history is breaking in upon us again. The global consciousness that so recently appeared, an inevitable byproduct of global civilization, has increasingly come to be seen as a fantasy. And the global consensus needed to solve the great challenges of the 21st century, like climate change and nuclear proliferation, is coming undone amid a renewed brutality in war and political discourse.

And yet, we are embedded in all the institutions and symbols of an incipient global civilization. When we go online or enter a calm and quiet airport, when we speak about climate change or read the international news, we experience ourselves as part of an incipient global culture. And that culture will remain even amid a new era of global disorder. It will remain whether or not the global order falls and isolationism overcomes our more magnanimous and tolerant natures.

Enlightenment Reason may have concealed a brutal imperial shadow, and its logic may have been more myth than it appeared, but the only good that has come through criticizing it has been than it has become more expansive and consistent. Now that ignorance and irrationality reign in the world’s first democracy and the world seems enveloped in darkness, we would do well to bring ourselves back to reason and to imagine a new role for reason in the world.