The Right to Shame: How the Abortion Debate is Killing Women. 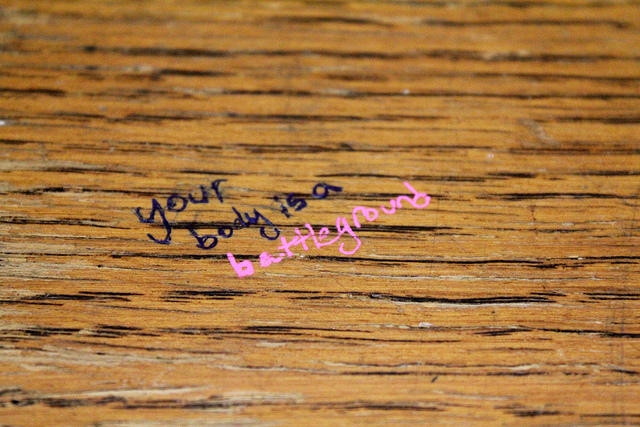 Shame is something that seems uniquely adopted by women—much more so than our male counterparts.

We women are taught to apologize for everything. There are numerous blogs out there illustrating how women say “I’m sorry” for things, like being bumped into by another oblivious person who wasn’t watching where they were going.

This notion of permanent culpability has infiltrated the arena of reproductive health. Many articles and blogs that are in support of pro-choice initiatives often use the most harrowing stories to convince the reader of its viewpoint. We usually read stories of women who were pregnant and then found out devastating news that their baby would not survive much beyond birth and suffers from some debilitating abnormality.

It is so easy to feel compassion for women in this situation. But what about women who have abortions for other reasons—can we extend the same compassion to them?

Why are we not defending a woman’s right to choose period: without having to back it up with a devastating story?

Oftentimes, when women have an abortion they tell next to no one about it. The fear of shame and the guilt dumped on us by society is just too much to bear. The abortion becomes our little secret that we will take to the grave.

When a woman has an abortion it is common for her to feel utterly, desperately alone. It is likely that she doesn’t know anyone else who has had one because it is so controversial to discuss it.

If we truly want to defend our reproductive rights and our right to choose, then we have to break the silence.

Having a forum to work through all of the emotions that accompany making such a difficult decision is instrumental in helping women to heal. If women felt safer to talk about their experiences it would allow a woman to have support and be able to move past this chapter in her life.

For all of the women out there who feel shamed into silence, let’s work together to free ourselves of this unnecessary burden.

I had an abortion at 23 years old (which is not even very young by many people’s standards). I couldn’t claim this as an irresponsible teen pregnancy. I couldn’t argue that it would interfere with my education as I had already graduated from college. I wasn’t raped. I don’t have a story that will prompt you to feel pity or compassion for me.

When I looked down and saw the positive pregnancy test, I was horrified. It was one of the worst days of my life. I was barely making ends meet, earning a slim income in my first job out of college. I had no savings and no family nearby. I had been with my boyfriend for a modest three months and he wasn’t working at the time, but was instead going back to school after a long hiatus to finish his undergraduate degree. I honestly didn’t know him well enough yet to roll the dice on his ability to be a father. I was two years sober from alcohol and drugs and just beginning to figure out who I was in this world. My birth control method failed and I became pregnant.

I always imagined that I would be a mother at some point in my life. I care about people and try to bring positivity into this world. By nature I am nurturing and I believed that I had a maternal instinct. But I desperately did not want to have a baby at that point in my life.

I grew up in an abusive household and was finally learning how to re-parent myself. Taking care of me felt like a full time job.

As soon as I took the pregnancy test I called the doctor’s office to schedule the procedure. I purposely scheduled it for four weeks out to give myself time to think it over. For a month I was in agony. Each day I’d flip-flop, changing my mind on whether or not I wanted to go through with the pregnancy.

Ultimately I decided to terminate it.

I reached out to a lot of women in my social circles while I was trying to make a decision. What I learned shocked me—just about every woman I spoke to had had an abortion at some point in her life. These women, like me, kept this fact to themselves. It was too risky to discuss it in a more public setting.

The other thing that struck me in my discussions with these women was that not a single one of them regretted it. It was incredibly difficult for each woman but ultimately each one was at peace with her decision.

I couldn’t imagine going through with a pregnancy that I did not want. My life would become increasingly difficult. Financially, I had no idea how it would work. I didn’t want my unborn child to be born to a mother who didn’t want to be a mother. I experienced one of those growing up, in the form of a step-mom, and I’ve got the scars to prove it.

I also knew that there was no way I could have something grow inside of me for nine months, push it out of my vagina and then just hand it off to an adoption agency. To be a mother is to make a tremendous sacrifice. To treat each pregnancy as something every woman should just deal with grossly undermines how life-changing and demanding it is to have a child.

Pregnancy. It can happen by having sex only one single time. It can happen despite utilizing contraception, since no birth control method is 100 percent effective.

Here’s the thing about sex—people have been having it since the beginning of humankind. People have sex for all kinds of reasons: for fun, to deepen connection with someone, to express their love for each other and yes, sometimes, to pro-create. Arguing that the sole purpose of sex is procreation is downright comical. If the sole purpose of sex is reproduction, then even married couples wouldn’t have sex outside that function. Teen pregnancy rates drop drastically in places where they have access to sex education, reproductive health classes, and access to contraception and abortion services.

Motherhood should not be thrust upon someone simply because they had sex. To suggest that every single pregnancy must be carried to term denies several important things.

1. It completely ignores the major physical and emotional ramifications that pregnancy has on a woman.

She has to carry the foetus for nine whole months as her body changes drastically on a daily basis. Even though women have been doing this forever, it is still a monumental process that is absolutely life changing.

2. The foetus cannot survive without the woman.

The earliest age of viability for a foetus outside the womb is estimated between 24 to 28 weeks. A woman has a right to determine what happens to her own body in the same way that we don’t legally force people to be organ donors.

3. Adoption is not necessarily a good or easy alternative to abortion.

Pregnancy is 13 times more dangerous for the woman than having an abortion. By carrying and delivering the baby, the woman’s own health and life is threatened. There are over 100,000 children awaiting adoption in this country and many of them have to wait years before they are placed with a permanent family.

4. Having an unwanted pregnancy puts an undue financial burden on a family that might be already in a financial quagmire.

Babies born into poverty will be more expensive for society, as our tax dollars will likely support programs like welfare and food stamps that many of those families will need.

5. When abortion is restricted or illegal, more women die from the procedure.

Taking away the legal right to seek an abortion does not decrease the demand for it. Women will still seek out abortions and if abortions are illegal they will often go to well-intentioned but inadequate abortion providers.

6. There is the compelling argument that life begins at conception.

Scientists do not agree with this but many religious folks do. Let’s say we grant the religious folks this belief as truth and agree that life begins at conception. Despite the fact that a group of cells becomes a foetus with a heartbeat, the woman also has a responsibility to protect her own life. If having an abortion helps to protect the woman from a physical, financial and/or emotional death, she should be able to choose accordingly.

Although life may begin at conception, consciousness does not. The foetus is not conscious and it is incapable of feeling pain until the seventh or eighth month of pregnancy. Most abortions are performed at or before 12 weeks. The only time abortions are performed after 20 weeks are when the life of the mother or the life of the unborn baby is in jeopardy.

Women do not have abortions on a whim. We do not have abortions simply because we are evil, lazy or selfish as many people would like us to believe. On the contrary, women who choose to have an abortion do so for good reasons and, oftentimes, those reasons include taking into account what kind of life we could give our unborn child.

I cried for the entire five hours that I was at the clinic for my abortion. It was the hardest decision that I ever made in my life.

I, like most women, do not take abortion lightly. As Hillary Rodham Clinton said, “abortion should be safe, legal and rare.” Although I felt incredibly sad to make this decision, I have never once regretted it.

I knew in my bones and in my soul that it was absolutely the right decision for me. When women are allowed to choose we will typically choose what is best for ourselves and for our families. This is a win-win scenario and we must protect this fundamental right for women to choose motherhood instead of being a victim to it.

Abortion is a necessary medical procedure that is right for many people. If you have had one, please know that you are not alone. Together we heal, together we rise. Hiding our truth won’t help anyone. Our shared stories will help break through the taboo and shame that surrounds this topic.

We are not alone, we are witnessed and there are many of us out there who respect this important right to choose. 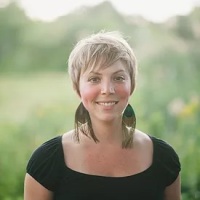