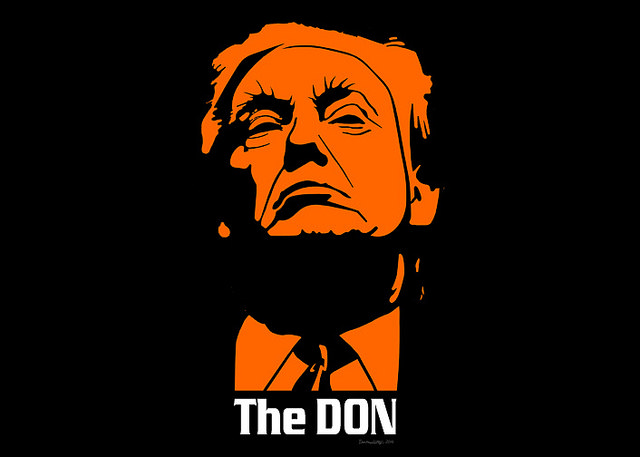 The president of the Philippines, Rodrigo Duterte, recently announced that he intends to kill another 20,000 to 30,000 people in his brutal war on drugs.

However, he explained that if the war is not successful the casualties might triple, which would make the high estimate 90,000 deaths.

Shortly thereafter, according to The New York Times, president-elect Donald Trump commended Duterte for conducting his brutal war on drugs “the right way.”

Apparently, it was a congratulatory call, with Duterte complimenting Trump for his victory in the presidential election, and Trump complimenting Duterte in return for his “successes.”

“He wished me well, too, in my campaign, and he said that, well, we are doing it as a sovereign nation, the right way,” said Duterte, who has encouraged extrajudicial killings of suspected drug sellers and users. Since he took office in June, more than 2,000 people have been killed by police and vigilantes, according to the Times. But according to Duterte, he is just getting warmed up.

Duterte has invoked the Holocaust to defend his war on drugs: “Hitler massacred three million Jews. Now, there are three million drug addicts,” he said in September. “I’d be happy to slaughter them.” I’m sure his “logic” will escape most Americans because they abhor the Holocaust, don’t want to see anyone massacred, and believe in the need for individual justice.

Duterte has praised Putin, calling the Russian leader his “favorite hero.” He explained that he admires Putin for his toughness and has joked that he and Putin seem to have a shared passion for guns and women. (Trump obviously shares those passions.)

Trump has hailed Mr. Putin as a man “highly respected within his own country and beyond.” This may come as a surprise to nations invaded by Russia, and to journalists assassinated on Mr. Putin’s orders, or at least with his consent.

“If you look at North Korea—this guy, he’s like a maniac, okay? And you have to give him credit. How many young guys—he was like 26 or 25 when his father died—take over these tough generals, and all of a sudden—you know, it’s pretty amazing when you think of it. How does he do that? Even though it is a culture and it’s a cultural thing, he goes in, he takes over, and he’s the boss. It’s incredible. He wiped out the uncle. He wiped out this one, that one. I mean, this guy doesn’t play games. And we can’t play games with him. Because he really does have missiles. And he really does have nukes.”

Trump has also praised Saddam Hussein: “He was a bad guy—really bad guy. But you know what he did well? He killed terrorists. He did that so good. They didn’t read them the rights. They didn’t talk. They were terrorists. Over.” Jake Sullivan, a foreign policy expert,  responded: “Trump’s praise for brutal strongmen seemingly knows no bounds… Trump yet again lauded Saddam Hussein as a great killer of terrorists, noting with approval that he never bothered to read anyone their rights.”

In October 2015, Trump said that he believed “100 percent” that Iraq and Libya would be much better off if their former dictators were still in power because of their skill at killing terrorists. But Trump was initially for the military interventions in Iraq and Libya.

For instance, in February 2011, Trump said: “I can’t believe what our country is doing. Qaddafi in Libya is killing thousands of people, nobody knows how bad it is, and we’re sitting around; we have soldiers all over the Middle East, and we’re not bringing them in to stop this horrible carnage and that’s what it is: It’s a carnage. You talk about things that have happened in history; this could be one of the worst. Now we should go in, we should stop this guy, which would be very easy and very quick. We could do it surgically, stop him from doing it, and save these lives.” (One wonders why we shouldn’t act to stop the carnage Duterte proposes!)

There are at least three things that should trouble us here, since Trump is about to become the commander-in-chief of Earth’s most powerful military and the focus of our relationships with the leaders of other countries.

First, Trump sounds happy that terrorists, drug pushers and drug users are “getting what’s coming to them.” But no one should be happy about anyone dying, and using drugs is not a capital offense. No American president should ever praise anyone for mass-murdering drug users. An American president should be advocating treatment for drug addicts, not applauding assassinations.

Second, Trump appears not to be a fan of due process. But due process is enshrined in our Constitution and is a bedrock feature of modern democracies. How can an American president not understand such a vitally important, fundamental concept? Drug pushers cannot be executed without due process, because then there would be no way to be certain they had actually trafficked in illegal drugs (and no way to resurrect them if they hadn’t).

Of course, there are some real-world exceptions, such as suspected drug pushers who violently resist arrest and endanger the lives of other people. But in general, all human beings who are not immediately endangering the lives of others have the right to a fair trial before being punished for their alleged crimes. That Trump seems not to grasp this, or simply doesn’t care, makes him sound more like a mob boss than an American president.

Third, Trump has revealed himself to be an incredible hypocrite, because he relentlessly attacked Hillary Clinton for her support of military interventions in the Middle East. But Trump is on the record supporting such interventions, and for the same reasons. Perhaps Clinton was wrong to support the invasion of Libya. Perhaps she was wrong to believe that deposing Qaddafi would be relatively quick and easy, and could be done surgically. But obviously Trump shared those opinions. Hence, he comes off as a liar and a hypocrite.

Why does Trump express such admiration for brutal strongmen, and such disdain for due process? He really does sound like a mob boss—not just in his remarks above, but over and over again in his public discourse. Trump evidently only wants freedom of speech for himself. At his rallies, he had protesters silenced or removed from his presence, while journalists were confined to holding pens. He talked about longing to punch dissenters and put them in the hospital. He mocked and ridiculed people he considers inferior to himself, including women and a handicapped reporter. He talked about bringing back methods of torture far worse than waterboarding, and ordering American soldiers to hunt down and murder the families of suspected enemies.

These are not things that American presidents should do, but they are the kinds of things that Mafia dons and other gang lords might do. Trump grew up and collected rents in tough neighborhoods. Why does he sound like a gang leader? Is it because the men he looked up to, and who taught him the tricks of the rent collection trade, used strong-arm tactics?

Whatever the reasons, one thing seems clear: a man who admires fascist strongmen and has no use for individual justice and due process should not be our president, or anyone’s. 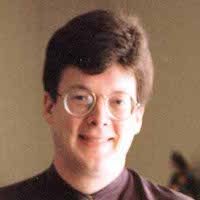