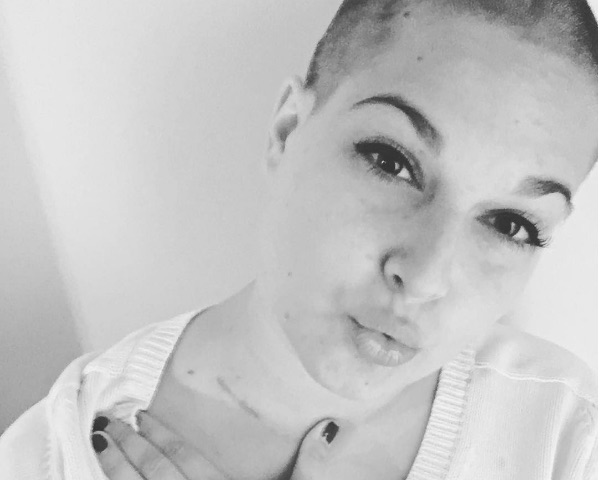 I originally intended to title this “How Cancer Saved My Life” to be mildly dramatic.

Cancer could have easily taken my life, but instead it showed me the beauty in suffering and ultimately lead me to clarity.

But then I realized cancer didn’t save my life. I did.

Well, and of course some credit is due to my ridiculously amazing and supportive family and friends, the talented and compassionate hematology team at Rochester Mayo, and my ride or die: my cat.

But the thing that I was really missing before was my perspective. I was not valuing the nuances and magic of everyday life, rather I was simply trying to get through it with pleasure and ease. I ate too much and I drank too often, I worked out—but mostly so I could brag to my dad about it after. I loved my job but felt exhausted after a typical  seven-hour day with adorably goofy kids and an even more lovable teacher team. Which now I’m realizing could have been partially due to my illness, so back up a moment here.

I started feeling really shitty in May, but the doctor told me he guesses that I had the Lymphoma since about January 2016. I was endlessly searching for an opportunity to take a nap, neglecting most of my social outings (unless they included great beers) and constantly felt I was making excuses for my odd behavior, to myself and others.

I have always been a moderately introverted person so it could very well be that I am the only once that noticed this. Regardless, most of my symptoms came on near the end of May, but I pegged them on the fact that I was working at my school 30 hours a week then at a bar 30 hours on the weekend, while still trying to get in as much wine and Boardwalk Empire as was feasibly possible.

I woke up nearly every night drenched in sweat to change my pajamas and flip over my pillow, had a nagging but seemingly insignificant fever of 99 degrees, and was tired. So tired. Despite these “irritations” in the summer, I managed to work a steady 50 hours a week and complete nine credits of graduate school.

By August my symptoms were getting worse, but I didn’t really notice because I was training for my first triathlon and getting so excited for the best year ever working at a new school.

On the triathlon day I was outside from about 6 a.m. to 12 p.m., in a sports bra and shorts, in 60-degree rainy weather. I remember telling my dad, “Yeah I’m definitely going to be sick tomorrow.”

Sure enough, I woke up with a sore throat and golf ball sized lumps on both sides of my neck. Since I was still proud of myself for completing my first fitness competition in over five years, I decided to once again neglect the symptoms and go out for brunch and mimosas.

The following day was the first day of school. I felt like I was dying. I headed to the doctor once the students left. There, I found out that my fever had gone slightly up, that I was at nine hemoglobin, and that my neck golf balls were abnormally large.

The doctor prescribed me antibiotics, suggesting that it could be lymphadenitis, an infection in my lymph nodes. Somehow, this appointment had given me a bad feeling, so I did extensive research on the mutual symptoms of low-grade fever, anemia, and enlarged lymph nodes to rather unfavorable results.

I checked back in the following week, at my doctor’s request, and we found that my white blood cells were all out of wack and that one of my “golf balls” had grown to seven centimeters in length. This was the first time the doctor mentioned tumor.

I tried super hard not to cry but of course I did—then I got all embarrassed at showing physical weakness. We set up a CT scan, and I headed straight over to Abbott Northwestern hospital. There, I made witty banter with the nurse, had my first CT scan, and waited for the radiologist to call my doctor so that she could call me. I waited for two hours. Not stressful at all. Although, I did get yelled at by a nice middle-aged woman for using my phone, to which I wanted to reply “I have a tumor you b*tch!” But, being the pleasant individual that I am, I smiled and put my phone away.

Finally, the doctor called. She said that they saw tumors on both sides of my neck, and into my chest. A biopsy was arranged to remove part of the tumor and determine what type of cancer it is, or if it could be malignant. I was diagnosed with stage three Hodgkin’s Lymphoma Type B.

Thus, the saga began. Lymph node biopsy, bone marrow biopsy, endless blood tests, CT scans, PET scans, fasting (my favorite), immunotherapy, and chemotherapy. The plan was to continue this for eight months, from September through May. Therefore, I had to move home to my parent’s house, leave my job, and temporarily house my cat with a friend.

Needless to say, as a previously independent 25-year-old woman, I was a little upset.

Devastated could be a better word. There I was in the prime of my life, pursing my master’s degree, and had finally found a career I love. I was supposed to be going out with friends and meeting cute boys. Instead I was sick, tired, and overwhelmed with doctor visits.

I allowed myself to wallow in this self-pity for about a night, while I cried and wondered if I might die. Upon waking up, I made a decision. This isn’t just about me. It is about my family, my friends, my students, my cat, and any other fortunate individuals that will make my acquaintance in the future. I need to be strong for them, and also for me.

With this devastation I finally grew into myself. I had spent a long time fumbling in limbo between what I knew I could be and what was easy. I was neglecting myself and allowing life to pass rather than making life live me. It was my time to take time. Cancer gave me that final nudge.

Sometimes I worry that my new perspective may be wrong.

That maybe I have not fully accepted this and that I’m just allowing myself to be absorbed in naïve optimism. But I think that I have accepted this. It’s not me to dwell in this misery, to claw after the love of others to make myself feel normal again. It’s just life. 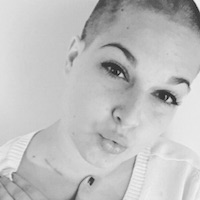