Five Writers who Rock my World. 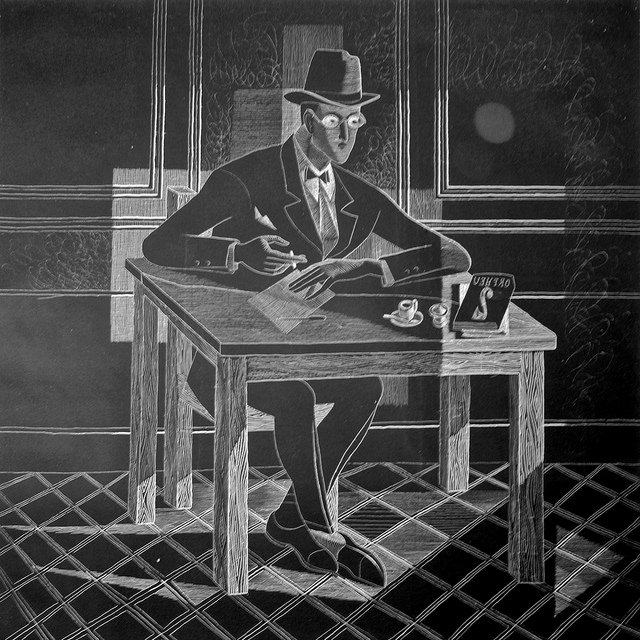 “Those who have no heroes, mentors or teachers are f*cking losers. They don’t have the courage and self-esteem to say, ‘I admire you, and not only am I gonna learn from you, but I want to steal parts of your life.’”

That’s what the colourful Richard Bandler screamed at us, almost five years ago, at an NLP (Neuro-linguistic programming) training seminar.

He had asked who our current heroes were.

Some hands went up, but not mine. Then came his diatribe.

Those words stayed with me for a long time. After coming to understand them, I opened up and started to enjoy emulating the people who impacted me.

I would picture myself becoming that engaging interviewer (Tim Ferriss) in my podcast, the writer (Bukowski) of that beautiful poem I couldn’t get out of my head and the writer (Mark Manson) of that book I was supposed to write.

Every year, a few people impact me, and I become obsessed with their thoughts and practices. I pay close attention to the lessons they learned and try to apply them to my life.

These are the five people currently rocking my world:

I love this guy. He looks like a nerd and always talks about his failures, yet he’s intelligent, and his failures have made him extra resilient. He recognises that vulnerability is a superpower when you know how to use it.

Altucher is one of the most popular bloggers in the world, and has been featured in all the top publications like Forbes, Entrepreneur and Financial Times. He’s ranked as the number four influencer on LinkedIn, hosts a top-rated podcast and has written (and self-published) best-selling books.

“Over the last half-decade, this former tech entrepreneur, venture capitalist and financial pundit has reinvented himself as a gimlet-eyed self-help guru, preaching survival in an era when the American Dream—the gold-embossed college diploma, the corner office, the three-bedroom home—seems like a sham.”

Main lesson: Vulnerability is power. Altucher starts all his blogs with a story of failure, and how he became a better person afterward. Without falling, we can’t climb.

“This is what’s so dangerous about a society that coddles itself more and more from the inevitable discomforts of life: we lose the benefits of experiencing healthy doses of pain, a loss that disconnects us from the reality of the world around us.” ~ Mark Manson

Manson is an author, a blogger with 400,000 readers and a personal development consultant. His writing is no-nonsense. He has been featured on CNN, Huffington Post and Forbes.

His writing is thought-provoking, and his lengthy articles cover topics in great depth. The title of his latest book, The Subtle Art of Not giving a F*ck, tells us all we need to know about his “first-person perspective style” of writing, as he calls it.

This book is one of the best I’ve read in the self-help genre. It’s not the usual bland collection of ideas; rather, he removes the politically correct filter and reveals a more honest reality.

Main lesson: We need to understand that pain is a tool we can use to overcome whatever adversity comes our way. When we wear an armour of authenticity, pain becomes bearable and we are able to face our fears.

“Find what you love and let it kill you.” ~ Charles Bukowski

Bux, as he was once known, is now world-famous. But that wasn’t the case for most of his life, during which the poetry community frowned upon him. Today, of all the poets dead or alive, he occupies the most shelf space in American bookstores. He has many websites dedicated to him all over the world, and social media is full of his quotes.

His poetry strikes deep into our core. It’s both vulgar and sensitive, and as such always invokes strong emotional reactions. His work challenged long-held beliefs that poetry was a narrow, esoteric field meant only for the selected few. Now, more people write and read poetry than ever before. His free-verse style allowed many writers to break the rules and capture moments of their lives in beautiful prose without set structure or rhyme.

Bux lived a rough life. He was an alcoholic and a gambler, and he befriended bums and whores. However, he was a master writer. He broke all the rules because he knew all the rules. He was continually rejected, yet persevered in dedicating himself to writing poetry. He would write in bursts late at night, completing 10 to 15 poems in one go.

He wasn’t successful until John Martin, the founder of Black Sparrow Press, agreed to put him on a retainer and publish his writings. His famous books included The Last Night of the Earth Poems, Ham On Rye and Love is a Dog from Hell. He also wrote Post Office, a novel about his working life, which became a great success.

Main lesson: Be so good at writing—or anything—that you know all the rules. Then, and only then, go break them.

“I can’t go on. I’ll go on.” ~ Paul Kalanithi, When Breath Becomes Air

Kalanathi was an Indian-American neurosurgeon and writer. His memoir about his life and struggle with stage four metastatic lung cancer touched many hearts around the globe.

He died in March 2015, two years after being diagnosed. He left behind most of the words for the book. His wife Lucy then completed the epilogue and publication process to fulfill her final promise to him.

His life as a neurosurgeon before his cancer battle was a testament to his courage, perseverance and dedication. However, it is his beautiful memoir—where he describes what it took for him to battle cancer and write his meaningful message—that forced me to sit up and think deeply about my life.

He wrote under severe pain, and his words have a spiritual clarity about them. They lack self-pity, though he was well entitled to it, and they guide us to live a more meaningful life. Others may preach living in the present, but he had no other choice.

Main lesson: Our own illnesses and pains pale in comparison to a story like this. Our procrastination and fears seem insignificant. We all die sooner or later; it’s how we live until then that matters.

“It ought to make us feel ashamed when we talk like we know what we’re talking about when we talk about love.” ~ Raymond Carver

Many people have read him. I knew of him, but had never read his short stories until last year. When I did, I quickly understood why he was the most influential American writer of short stories in the second half of the 20th century. He made me fall in love with fiction all over again. I’m trying not to read every word he wrote so that I can still enjoy him in the years to come.

Like Hemingway, his prose is economical and plain. He fought alcoholism and died early at age 50, but his legacy lives on. His minimalist style, which lets events and situations describe characters, leaves an imprint on our minds and hearts.

I found myself revisiting certain scenes and dialogues long after I finished reading his stories. His watershed book was called Cathedral, while What We Talk About When We Talk About Love made him really famous.

Main lesson: Less is always much more powerful than more. And great fiction speaks straight to the heart.

These are my favorite writers of the moment. They have proved not only inspirational in my creative life, but also enlightening.

Who are yours? Please share with me your heroes and mentors!