Five Yogic Lessons, in time for the Presidential Inauguration. 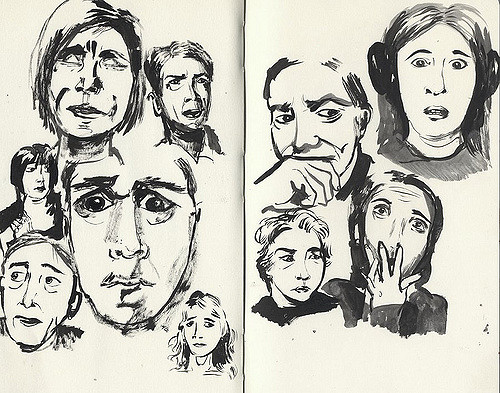 In the aftermath of, what has been for many of us, a challenging several months, it’s hard to know where to begin.

As the President-Elect takes office, I’ve connected with my peers and my community and one thing is clear: everyone is in a different place in their process of coming to terms with the presidential election.

Some people are in a space of subdued resignation, others rage with fierceness, and others still are overwhelmed by anxiety. When I look around, I recognize much of what I see as grief: the shock, the bargaining, the depression, the anger and blaming, and ultimately, the acceptance.

Full disclosure—as an immigrant woman of color, I have been deeply invested in, affected by, and shaken by the results of the election. I am afraid of what this new presidency will mean for me, my family, and those like me—people who while not American by nationality, are here because we contribute to the beautiful fabric of what this country represents; diversity, struggle, growth, opportunity, community, and unity.

The election results have made me feel lost. I have run the gamut from fury to sadness and back, without knowing how to respond. I have feared for my family and the future of my child. This election was personal for me, as it was for many of us.

When our personal fears are triggered, and we find ourselves in the throes of lost-ness, the wisdom inherent in the practice of yoga becomes truly relevant.

In these moments, it is clear that yoga is more than just taking postures on a mat or learning to breathe deeply. This is when we can learn the true meaning of yoga. As a dedicated student of yoga for a decade and a half, and a teacher for half that time, I’ve found that the wisdom of yoga can help me relocate my center.

I liken it to finding breadcrumbs left on a trail to lead us home. This is the heart of our practice. This is when yoga is most essential, when it teaches us how to respond in times of deep wounding.

As I sat with the election results in November, and as I sit with the inauguration now, I’ve found that contextualizing these events, within the framework of yogic philosophy has helped me to discern five real and applicable yogic lessons out of the current situation:

1. Grief is Real—And It Must Be Acknowledged As Such.

Grief and its process are real. The shock, disembodiment, and isolation that many people are experiencing are also real.

The ancient yogic writings suggest that the emotions and situations we do not deal with become part of our subtle—and not so subtle—bodies. This means that if we ignore how we are feeling and push it under the rug, we are contributing to the creation of samskaras or emotional patterning.

It is helpful to acknowledge our emotions, name them, and work with them—even if it’s uncomfortable at first. Even taking a few moments to journal and free-write about our emotions can bring the process in the light, a place where it can be acknowledged, worked with, and ultimately released.

2. Suffering is Real—But It Isn’t True.

And then, the tough love. It felt like a smack in the face the first time I was told my suffering was not true—but bear with me.

The yogic wisdom reminds us that all suffering stems from the same place; ignorance and misperception. In this particular case, those of us who are now suffering as a result of the election were ignorant to the degree of division, fear, and discrimination that is still rampant in the consciousness of the country, communities, and even the families we love.

We are in shock because we were just hit with a heavy realization: things aren’t as we thought they were. And then we woke up.

3. To Come Out of Suffering, We Must Wake Up.

In order to return home, we need to take stock of where we are now.

The heated election results prompted a sort of national reactivity. The divisive rhetoric, that started well before the election results came in, has succeeded in awakening within us a caricature-like “us” vs. “them” mentality. Hence, we find ourselves in that exact reality.

Through the process of othering, which both parties took part in, we have brought to the forefront one of our most damaging human tendencies and easiest default modes.

By creating such stark oppositions—not just about our political attitudes and philosophies on financial policy or immigration, but about who we are as human beings—we have drawn a thick line in the sand and have chosen to embody the epitome of duality.

The problem is that while this situation is real, and its consequences are certainly very < cut palpable, it isn’t actually true. The divisions are based primarily on falsehoods and misperceptions.

Xenophobia, for example, is rooted in the false premise that a person originating from outside of one’s own country is by default a threat.

On the other side of the coin, the assumption that a person with xenophobic attitudes is a wholeheartedly rotten human being is also dangerous. For stark, extreme divisions like this to take hold requires that we have to throw the baby out with the bathwater. It requires that we have to willingly blind ourselves to the nuances of situations that demonstrate the paradoxical aspects of any argument, no matter how corrupt.

In other words, even in the most evil of places, there is good—we just have to know where to look for it. We just have to ask the right questions. Before we can come out of suffering we must wake up to the ways in which we are contributing to the perception of division.

4. To Stop the Perpetuation of Suffering, We Must Calm Down.

The result of adhering to a false division is that when we live in a state of opposition to the truth, we suffer. The current state of division has our collective and individual nervous systems in an absolute fritz, firing like pinball machines.

When the nervous system is on alarm, we can’t act; we can only react. Reactions tend to snowball and deplete us. In talking to people, one phrase I hear often is, “I’m so tired.” Yes—we are depleted.

In such a state of over-activation, we are unable to drop into the place within ourselves that can actually access truth, the place of inner knowledge known in our tradition as Vijnamaya Kosha, or our wisdom body.

This is the element within us that aids in our process of discernment. In order to access the Vijnamaya Kosha, tap into the inherent wisdom that allows us to respond with grace rather than reactivity, we must work through the sheaths of the body.

When the body is playing the fear game, the door to wisdom just won’t open; we get stuck in the cycle of duality—the dangerous game of fear mongering.

5. Healing Starts With Each One of Us.

So what now? According to the Yoga Sutras, before anything at all, we need to learn to check ourselves. In what ways are we contributing to division?

Instead of spending our energy proliferating divisive rhetoric and attitudes—a task much easier said than done—the sage advice is to rise above it. Does this mean that we ignore injustice and hide in a cave? No.

Does it mean that we discard our responsibility to speak the truth? Absolutely not. It means that we learn to do the work that’s necessary to come to understand others’ intentions, even if we disagree wholeheartedly with their conclusions.

When we can understand the root of another’s experience, we gain insight into their paradigm and worldview. From here, it usually becomes clear what instincts drive their decisions, for instance, self-preservation.

Then, we can pinpoint the root of emotions—like misplaced fear—and work to ameliorate these fears with reason, kindness, and education. These tools are much more powerful than a match of heated vitriol, which simply acts like kerosene on fire and keeps the wounds alive. In the process, we work our muscles of compassion.

Yet, the work is also within ourselves. We must check in with our own assumptions and fears. We must work to educate ourselves and others to enlighten, and to align with truth.

We know it will take plenty of practice to accomplish such a task—to find the truth within ourselves and the in the roots of our wisdom. We need to practice to find the compassion that allows us to recognize misconception, and the strength to enlighten it with the glow of the fiercest gentleness we can muster.

The silver lining is that we now know what lies ahead. Prior to the election, we were asleep. No wound can heal if we don’t know it exists.

Today, the wound and the work ahead, while deep and formidable, are clear—we have woken up—and it’s time to practice our yoga. 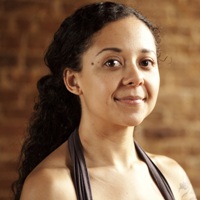