I Didn’t get Kissed at Midnight: What I Learned from starting the New Year Alone. 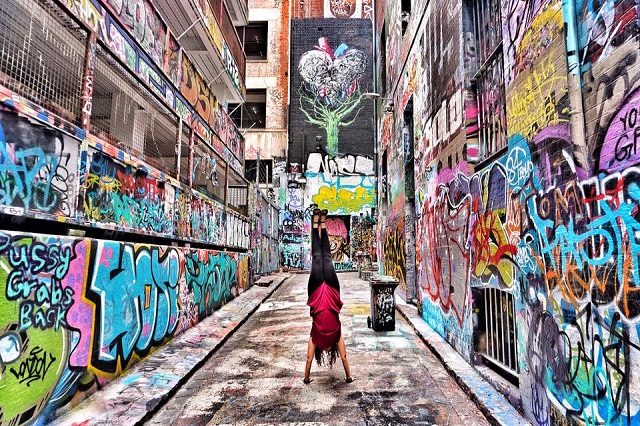 My newsfeed has been filled with people who say they’ve had a shitty year and are eager to welcome a fresh start.

I used to post those same status updates, so I know it’s possible to make changes and ensure that come the end of this year we are proud of what we’ve created for ourselves, despite the inevitable hiccups along the way.

It has been 19 years since I spent a New Year’s Eve alone, without the company of a man by my side. Since high school, I’ve been in relationship after relationship, got married (and divorced) at a young age, and have only had short breaks in between of being single. I have always had someone to call my own to share special celebrations and holidays with and to be honest, I found comfort in those moments.

As a little girl who grew up hating herself and who had a crippling level of low self esteem, I grew into a woman who needed and was desperate for the validation of others to determine my worth and value. I continued to seek out people and situations that would provide me with superficial confidence, and although it worked, it was often short lived. It wasn’t long before I was back at square one, feeling alone even while in the presence of others, and lacking any sense of self-love. Just the idea of loving myself felt foreign to me.

As I reflect on the past 365 days, I realize that 2016 was the year I stopped seeking external validation and began learning to harness the only validation we ever need—that which comes from within, as there is nothing more powerful than our own sense of self worth.

It was the year I finally discovered what self-love feels like and what self-care looks like; and neither are considered selfish, but rather, self-full, because both are absolutely necessary in order to sustain our health and well-being.

It was the year I finally surrendered and eventually let go. I let go of places I once called home and embraced the unknown without having any concrete plans or sense of security, but rather, having nothing but fear pushing me forward and passion guiding me the whole way through. I let go of attachments to things, to people, and to places. I sold off my possessions in exchange for experiences. I ended relationships that were no longer in alignment with my values in exchange for building new ones with people whom I connect more deeply. And I decided to not return to the comforts of my home in Canada in exchange for following my dreams of exploring new countries and living abroad long term.

It was the year I learned not only the importance of, but the need to, be alone. I’ve traveled as a solo woman across Asia through eight new countries without having anyone but myself to depend on, even while escaping some terrifying experiences along the way. I’ve watched multiple sunrises and sunsets on top of mountains and alongside the ocean while in the comfort of my own company. I’ve become lost while on the road more times than I can count and found my own way back without the help of anyone or anything, but solely with the guidance of my heart and the strength of my will. I’ve meditated in the mountains of the Himalayas in solitude, which meant becoming not only familiar, but terrifyingly intimate, with my most private thoughts and feelings. It was one of the most introspective experiences I’ve ever had which required me to do some major inner work and ultimately lead to the shedding of some old beliefs and the learning of some really hard truths—the type of truths that sting at first.

It was the year I learned the true meaning of unconditional love. The type of love that knows no bounds, that chooses faith over fear, that honours forgiveness more than anger, that looks past people’s behaviours and instead sees their pain, that would rather give than receive, that will sacrifice one’s own happiness to be able to witness another’s, that never gives up at the first sign of trouble or when things become messy, that knows the meaning of commitment and stays put even during the biggest storms, that isn’t easy and challenges you beyond measure but is also your greatest teacher, that forces you to look in the mirror and dive deep into your inner work, that gives you no choice but to remove all the masks and reveal your flawed self, and that teaches you the real definition of acceptance.

It was the year I looked fear in the eyes and said, “Thank you for showing me exactly what I need to do; the things that scare me the most.” And so I did. I came to understand that fear is an illusion, most often self-created, therefore, can be self-destroyed.

It was the year I blew my assertiveness and setting boundaries skills out of the water. I’ve stood up for myself and others and used my voice to finally be heard without reservation. I’ve spoken hard truths to strangers and to those I love and care for, because I needed to speak up rather than pipe down. I realized that saying no can be way more important than saying yes. I learned to honour and respect myself first and foremost and not allow anyone to walk all over me or treat me poorly in an attempt to stroke their own ego. I’ve said more no’s than yes’ which created more space and time for me to engage in the things that actually matter to me.

It was the year I harnessed the power of my intuition and connected more intimately with that inner compass. Any doubt or questions that arose no longer remained once I tapped into the truth of my heart and followed it relentlessly and with conviction. I’ve followed my heart even when its guidance and messages seemed outrageous and far fetched; the crazier the idea the more I trusted it.

It was the year that I learned to trust myself above anything or anyone else. Even when I was presented with situations or people which caused me to doubt or question myself at times, I discovered that these moments were just tests to see how committed I truly was to myself and my values.

It was the year I embodied a sense of strength so fierce and a sense of courage so bold that nothing and nobody stopped me from doing exactly what I wanted to do. I handled every circumstance and curve ball thrown my way. When I was pushed to the breaking point, with all odds against me, and when others would have thrown in the towel, I grabbed that damn towel, wiped away the blood, sweat, and tears, and I owned it! Giving up was not an option in my book, and being brave was non-negotiable.

It was the year I solidified my passions, clarified my purpose, and chased my big, bold and often crazy dreams. I became crystal clear about how I want to live my life, and more importantly I became aware of how I wanted to feel. I made the commitment to never settle for mediocrity and realized that freedom is way more important to me than security.

It was the year I developed a deeper sense of what it means to embody gratitude. I’ve shifted from being thankful for superficial items to being grateful for meaningful moments. I’ve realized that no amount of material possessions or social status will ever surmount the beauty that exists within meaningful connections and breathtaking moments.

It was the year I recognized the importance and significance of forming beautiful connections with your tribe. I’ve realized that no matter where in the world my feet take me, the support and love from my tribe is what sustains me and keeps me putting one foot in front of the other. Even when they are heavy and dragging, I continue to move forward.

It was the year I finally, after years of resistance, came home to myself. I came home to who I truly am as a human being and as a woman. Home is not the familiarity of the same four walls and roof surrounding you, but it is the essence of knowing who you are, what you stand for, what you value, and becoming intimate with all your flaws and shortcomings, and accepting and loving yourself through it all.

It was the year I took the leap, held the faith, and lived more fully.

2016, you’ve been everything I needed you to be—a dream come true. I’ve been stretched to new heights, grown exponentially, and developed a new barometer of strength.

2017, let’s do this! I’ll continue to stand on my own two feet, or hands, and flow gracefully through this beautiful gift of life.

Live fully. Love hard. And do what matters. 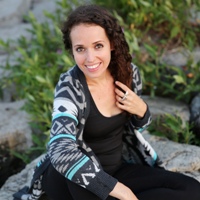