I was 15: A Message for those who are Suffering. 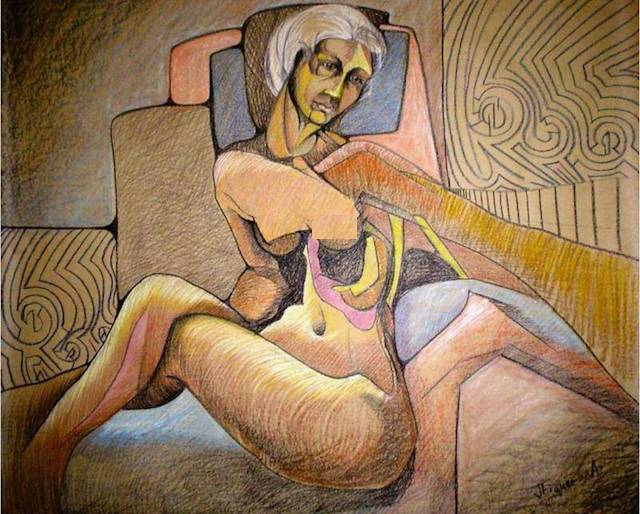 I was 12 when I figured out I could throw away my lunches at school so I didn’t have to eat.

I was 14 when I figured out I could make myself throw up after eating so I didn’t feel like I had food in my stomach. I was 15 when I told my Bible Study leader what I was doing.

I never again told anyone about my disordered eating and exercise habits until I was 25. Starving myself and getting “rid” of food by purging or exercising excessively was empowering. As long as I did that, I had some control of what I felt like in my body, and an effective coping mechanism.

My Bible Study leader told me that what I was doing wasn’t good, and she wanted me to call her every evening and tell her that I hadn’t been continuing those behaviors. I was 15 when I figured out that lying to her over the phone, and occasionally to her face, wasn’t that hard. I was 15 when those little lies changed my life forever.

Not long ago, I got a friend request on Facebook from my former Bible Study leader. I absentmindedly accepted, and later that day messaged her on Facebook, simply saying, “Hi S!” She wrote me back, “Hello sweet friend. I think about you all the time. Hope you are doing well…God loves you and so do I!”

A thousand emotions flooded me. Ones from my 15-year-old self who had confided in someone she trusted, unsure of what she was looking for. Ones from my 20-year-old self, after being caught by a family member throwing up in a restaurant bathroom, wondering why she/I hadn’t stopped all those years ago when someone told her to. Emotions from my 22-year-old self as I stopped eating during the day to justify having drinks with friends later, but forget the memories.

Emotions from my 24-year-old self as she ran on greenways for hours and pounded away at the gym, searching for something she would never find. Emotions from a 26-year-old checking herself into rehab, realizing that she had spent over half her life living to die.

Emotions from my 28-year-old self when I wrote her a letter I knew I would never send, telling her I wish things would have been different. That I wish she would have told someone, instead of trusting a hurting, insecure teenage girl to stop going down the dark hole that had ahold of her. That I would have hated her at the time, but looking back now, I would have given anything to have started the recovery process sooner. And even now, as my 30 old self sits here, part of me paralyzed with fear that I will spend the rest of my life with pieces of myself entrenched in my eating disorder.

They say that hindsight is 20-20. That it’s easy for me to sit here and write that I wish someone had “made” me get help. Whose to say I would have listened? Whose to say it would have made a difference? What would my family have done? And if I didn’t take the path I did, what would my life look like now? I married an amazing man and I love him more than I thought was possible to love someone. I have the best friends anyone could ask for. They are my family. I’m going to be a yoga teacher. I have a great relationship with my parents because of all that we’ve been through.

I say all this because I have a message for you. Maybe you are someone who is struggling—not necessarily with an eating disorder. It could be depression, anxiety, bullying, suicidal thoughts, hopelessness, shame, an addiction. An invisible illness. Maybe you are a family member who knows someone suffering, but is afraid to say something. Maybe you are a friend who is concerned. Maybe you are the actual sufferer.

My message to you is this: Please don’t waste any more time.

Stand up for the person you love, for yourself. We always, always think we have time. Do it now. Be brave now. Say it now. Help them help themselves. In the end, I promise you the only regret you will have is the time you let go by watching someone destroy themselves. An eating disorder has a function—a really good, effective one actually. Depression has a function. Anxiety has a function. An addiction has a function. And suicidal thoughts can become actions. But whatever function a mental illness has, it will not serve someone long term. Eventually it will stop working. It will take and take without a person realizing what they have lost.

I hear a lot of people say that they wouldn’t trade their experience with a mental illness (specifically an eating disorder) because it’s made them who they are, and they are proud of that person. Honestly, I’m not there yet. I wish I could smile and say that I love the person I’ve fought to become. That I am grateful for what I’ve gone through because it has led me to where I am now.

But I can’t say that. It’s shameful to admit. I know I am 100 percent responsible for the life I create. There is no one to point fingers at, to blame, to look to and say they could have changed me. But I can’t help but wonder what my life would have been like if, at 15, someone would have stood up against the darkness that was swallowing me.

I am endlessly grateful for the people I have in my life now. Everyday I am in awe of God’s plan. I am so glad it is better than mine. I don’t believe that the good things in life diminish the bad things. And the bad things don’t ruin the good things. That’s just life; we are just human, and we are broken—but at the same time broken is beautiful.

And it is human to wonder. To second guess what my have been. So give someone that gift. Or give it to yourself. Love is not just words but actions. 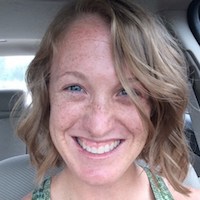