If you Love him, Don’t Destroy Him. 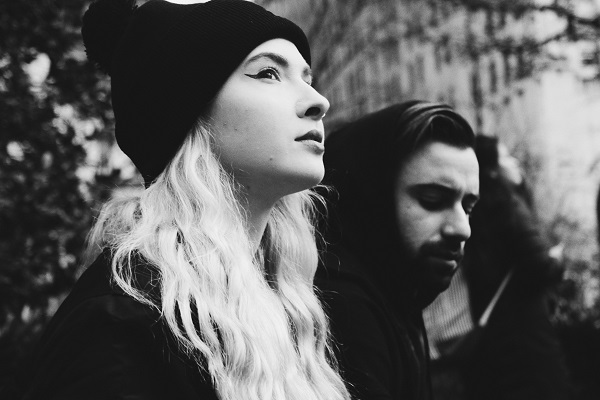 Author’s note: This is a response to the article, “If you Love her, Don’t Destroy Her.”

We think men feel less than us, and that it’s weak and emasculating to be vulnerable.

I hope you know this isn’t true.

We—men and women—both have the same chance of getting hurt. We both have needs that must be met in order to create healthy, successful partnerships.

And sometimes men enter healthy relationships that turn into utter destruction. The same way that his behavior toward you defines the pattern of the relationship, your behavior toward him also plays an essential role: it either helps him grow or it destroys him.

Although he has made the choice to be with you, you need to let him feel doubt and fear at first. Allow him to question whether he can properly love you or not—it means he is opting to love you in all the right ways.

His doubt stems from past hurt. Perhaps, he dealt with blame and rejection in previous relationships. Maybe his past failures have left him insecure, and that’s okay. Be patient, because your lack of understanding can destroy him.

Understand his insecurities and stick around while he sinks into them. Be the hand that guides him and the shore on which he rests when he’s tired from swimming in his thoughts. Attend to his flaws and imperfections, but hold all judgments. Allow him to peel his layers off in front of you until you reach his raw, authentic self—and let him do the same for you.

Tell him that it’s okay to be vulnerable. If he wants to cry, provide him with the comfort he needs. If he needs a laugh, share that moment of joy with him. Merge your emotions with his, transcending labels and definitions.

When he makes a mistake, he hopes you will understand that he’s only human. Listen to him and communicate with him. You’ll destroy him if he feels he can’t talk to you when things go wrong. He wants you to be his best friend in life and not just his lover in bed.

When he is with you, don’t make him feel like you are with him just to change him. Partners grow together and adopt things from each other—either subconsciously or by choice. That said, let this happen naturally. Don’t try to control him and turn him into someone he is not. Love him for exactly who he is, right now.

Read him like he’s the Great American Novel and look at him the same way you’d gaze at the Northern Lights. Believe in him like you believe in your own dreams. Know that you play an essential role in keeping him moving forward or retreating backward. Support him and walk with him like his own shadow.

You’ll destroy him if he feels he is being forced to stay with you. So rather than making him stay, make him choose to stay—give him good reasons to.

And don’t fall into the trap of making him feel the relationship is his responsibility alone. Know that it is yours, equally. If he falls one day, he wants to know you’ll be able to walk for both of you. So meet him halfway and be ready to take on his role when he can’t. Show him you can be an equal partner.

Challenge him to grow and challenge yourself simultaneously.

Love him right, for through that love he will learn how to love himself. How you look at him impacts how he sees himself.

Stay independent and strong. Be the woman he fell in love with, because this is how he wants you. Make him laugh the same way you did on those first couple of dates. Don’t make him feel like you’re losing yourself in the process of loving him.

Don’t blame him and don’t use words as weapons. Instead, communicate with him and be as open with him as you are with your journal. Don’t make him guess what you’re feeling or going through. Don’t shower him with, “I’m fine,” while you keep your inner-most emotions to yourself.

He wants you to speak up and hold him accountable when he is wrong. He wants you to be assertive and point the finger when it’s warranted, but also to be brave enough to turn it on yourself when you’re at fault. This is how you earn each other’s respect.

And once you earn his respect, and his heart, you’ll have a partner, a lover, and a friend for life.

> Three Types of People we Don’t Need in our Lives.
> Dear Lover, Thank you for Letting your Soul Stop By.