Kissing you Goodbye was just the Beginning. 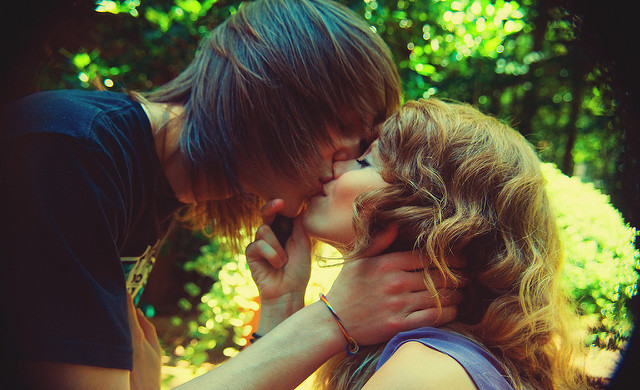 “If it is real it will never be over.” ~ Unknown

I always said that if we were truly over I would just want to kiss you goodbye.

I would want to trace your skin, and feel your lips press into mine knowing that it would never happen again—but I suppose that is why they say to be careful what you pray for.

I wanted an ending so that I would know it was over, because I was always under the assumption that when something was over it would feel that way.

Fires would be extinguished, words misled and personalities would clash like the thunder above—but now I know better.

Now I know that sometimes we can say it’s over, we can kiss goodbye and give closure to even the longest running chapters, but still the reality doesn’t wash away the feelings.

I wanted to have neatly cut corners with you so that maybe I would finally know what this was and why I always seemed to get lost in it despite my intentions of control.

In all honesty, I wanted to be done with you because I thought it would help me get over you. Now, in the fresh morning snow, all I see are your footprints leading away from me and everything I was prepared to offer you.

Maybe I was foolish for thinking that we would ever work, perhaps I was even kidding myself when I thought you were beginning to have feelings for me too—but more than that, maybe I was just under the illusion that love would, in the end, always be enough.

I never wanted you to be this person for me. I fought it and raged against it. I walked away from it and ignored it. I set fire to it and I buried it. All the while it still seemed to pulse underneath my fingertips, whispering that sometimes we find someone we can’t escape because they are a part of us.

The light is clear this morning as the silhouette of the sun creates shadows across my empty bed.

Your sense of happiness and following your own heart somehow took precedence over what I wanted, which was to spend just one evening together until the morning light washed over us, baptizing us in the reality that it was over.

Instead, I woke alone this morning wondering how we end something that still seems to have a life of its own. Perhaps in time it will become easier.

You’ve said that I am just not your one, and maybe that’s true—but maybe this is also just one more twisted path that we both need to take for unknown reasons. There’s so much irony in love. While you have talked about surrendering to it, the fact that I have surrendered to you long ago still seems to escape you.

I stopped fighting, lying to myself and trying to run away from someone whose soul I see so effortlessly.

I’ve never wanted to say the words. I never wanted to put a label on the connection we felt, but as I watched you walk away—fading into the darkness as the cold air bit my bare legs—I realized that you are my twin flame.

Our journey has been the precise description of this connection, and even though I don’t want the expectations this label brings, I suppose it doesn’t truly matter now that you have seemingly walked away for good.

Maybe our souls fulfilled our purpose in this life together already. Maybe we’ve both taught each other everything that we were meant to. Or maybe this is just another lifetime of getting it wrong.

Now that my heart has admitted the truth none of this really matters. It doesn’t matter if you’re not ready for this connection, or if it’s not what you want in this lifetime—because deep inside my soul, I know that God guided us to one another.

We were part of his plan all along.

And so, even though I kissed you goodbye, this was really just the beginning.

It was the beginning of sorting through my memories, reliving the laughter and late-night conversations.

It was the beginning of understanding that even if we aren’t meant to join in this life, I will forever be blessed by all the ways your soul showed up for mine.

It was the beginning of learning how to not love you.

I suppose the most difficult part of how over this feels now is that it never truly has been. We’ve had breaks, interludes and pauses—but through it all we’ve always been developing and growing even closer together. We’ve said horrible words that drip with disillusionment and chaos, yet we still seem to have always kissed away the burns we’ve caused.

We always seemed to somehow find our way back to one another.

There isn’t any real way for me to know if this time was truly the last, but the only truth I have to hold to is that your soul wants mine to venture elsewhere for now…so I will.

I’ll let go, just as you have let me go.

Off into the world, and possibly away from each other forever. Exploring new paths, and learning all of our lessons the hard way as only we know how to do.

Nothing will ever break my heart as deeply as your arms wrapping around me so tightly that my eyes burned with the tears I was trying to hold back.

So I suppose, in many ways kissing you goodbye was only the beginning—even if right now it just feels like an ending that I never wanted to become reality.

Perhaps that was the problem all along.

I never really wanted to kiss you goodbye—but only goodnight.
~

“In his plan there are no true endings, only everlasting beginnings.” ~ Dieter F. Uchidorf