My Tried & True way to Face the Fears that Trap Us. 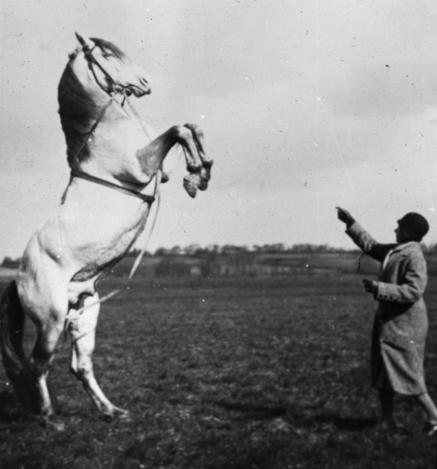 Fear was my foe.

Its threats and intimidation had me trapped in repeating patterns that severely limited my success in my coaching business and my life.

I feared rejection, so approaching strangers and starting conversations turned me into a timid, people-pleasing chameleon with no personality of my own. My presence, or lack of one, made strangers uncomfortable and it prevented me from gaining clients or new friends.

My fear might have turned me into a recluse, but writing this blog sparked my memory of a special day decades ago with my horse. Duke taught me how to “unfoe” my fear and to utilize it rather than run from it.

Horses are not known for their bravery either.

I had fantasized about bringing Duke to horse shows, winning first place ribbons and adoration. Unfortunately, my best friend would look at the horse trailer like it was spawn of the devil. Anytime I led him close, he’d rear up, pull back on the lead rope and whinny in terror. I’d get frustrated and use a riding crop, yell at him and even try to pull him by the lead rope onto the trailer by force—but nothing came close to working. His reaction was what I felt inside when I’d force myself to approach strangers.

The clock on the wall by the entrance indicated it was 7:30 a.m. and Duke’s game was about to begin. When I entered his stall, he nudged my hand, his signal that he wanted attention. I wiped the sleepies from his eyes, pet his muzzle and kissed his face before I attached a lead rope to his halter and led him out of the stall. We stopped at the bin in the breezeway to put some feed into a bucket and I hooked the handle over my arm into the crook of my elbow. I led him outside across the lot from the horse trailer as close as we could without invoking his full-on panic response—about 80 yards. His nostrils flared and I felt a subtle shaking on the lead rope. His eyes fixed on his imagined predator, letting me know his intense anxiety, even at that distance.

I intuitively left the lead rope slack and stood between him and the trailer. Holding out some grain to him with my hand, I gently coaxed, “Come on baby, you can do it. I won’t let that trailer hurt you.” Duke’s stance indicated his readiness for a battle of wills, but this time, we’d both win.

It was noon before Duke took an uneasy first step in my direction. We did have that stubborn streak in common. I praised him like I would a toddler who was learning to walk. “Good boy! I’m so proud of you!” I cheered. My heart felt juiced up like a flock of sparrows in flight. I scratched a favorite spot behind his ears and gave him some feed before taking a solo, gentle step closer to the trailer.

Duke responded by taking two steps back, pulling me forward. He watched and waited for my typical frustrated reaction, but instead, I smiled and coaxed. Twenty minutes later, he took another step forward. The going was slow, but patience required that we’d progress at his pace. I knew, because it was what I’d need.

The setting sun found Duke and I standing at the entrance to the trailer. His breath was heavy, but the lead rope was still slack. We continued our process of coaxing for another 70 minutes until finally, he took his first step onto the trailer followed with a slight trot all the way on. He dug his face into the space between my left arm and my chest like a child might hide behind his mother’s leg for reassurance. I gave him a handful of grain, praised him and massaged his neck until his eyes relaxed. I’d gained Duke’s trust; I wondered if that trust had helped him to use the energy from his fear to push him on to the trailer.

I backed him out, walked him around in a few circles and then led him back to the open trailer door. Without hesitation Duke again stepped on with a trot as if he was using the heightened energy of fear to face his personal boogeyman rather than fighting or fleeing. We repeated this cycle six times.

Our game worked and we both won! With the horse trailer that day, Duke illustrated how patience, care and acceptance are prime ingredients in facing our fears.

After that day, I wish I could say that I faced every fear I encountered with patience, care and acceptance. But I didn’t. Instead, I continued to yell at myself and used a metaphorical riding crop on my back, all with the mistaken notion that the internal beatings would eventually motivate me to be brave.

Was I hopelessly waiting for someone to take the time with me as I did with Duke?

Writing this blog had me recognize that if that someone wasn’t me, my fear would fester and success would continue to elude me. I stepped up and made up my own game for talking with strangers with the following rules:

My criteria for daily wins: I went to the mall or any public place and either talked to one stranger a day—with eye contact—or stayed there for at least an hour to feel the fears that stopped me from talking to strangers. (My horse trailer.)

I used encouragement and patience with myself. Any use of force or internal beatings were noted and I switched back to gentle coaxing.

I rewarded myself for meeting any of my criteria. For example, I promised to watch my favorite “guilty pleasure” TV show on Netflix (My grain bucket.)

I recognized and praised myself for each step I took, even if it was simply not quitting.

Breaking rules or skipping days required forgiveness and encouragement from me. Then I’d return to my game.

I made the game progressively more challenging, or the rewards more attractive, depending on my progress or lack thereof.

I was to take the time with myself, be it days or months, until I learned to use my fear to help me.

With this game, it took three weeks until I was able to use my fear to motivate me to enjoy talking to strangers. Most importantly, I developed a more intimate, trusting relationship with myself.

I plan to create games for any new fears that arise in the future. I am forever grateful to know that my fear is a welcomed guest when I embrace it with patience, care and acceptance.

I invite you to make up your own gentle games designed specifically to your situation and your personality for a new approach to fear. A more loving relationship with yourself awaits. 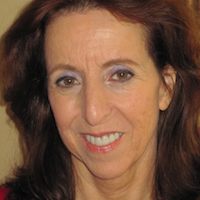