Supporting My Kids Even Though It Could Hurt. 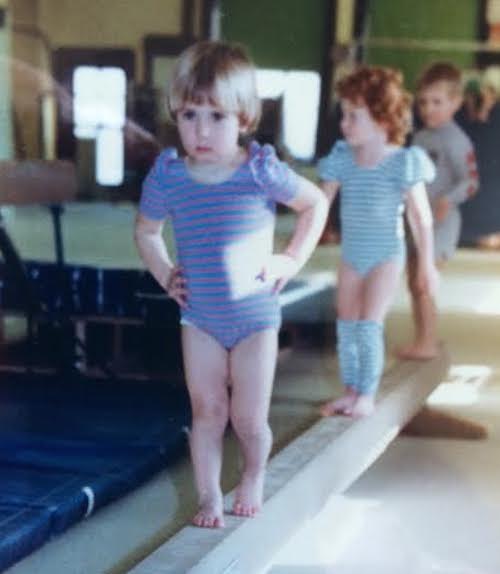 I was a serious gymnast for a large portion of my life.

I started seriously competing when I was seven, qualified for the top level in USA gymnastics by time I was 12, and continued until I was 20.

Sometimes people ask me if I’d put my kids in gymnastics. For a few years, my response was, “heck no.” The hard times were the memories that came to mind most often; I cringed to think of my children going through similar stuff.

For example, there was the time I returned from a meet and my coach spent 45 minutes at practice yelling at me. The gist of it was that my performance (which admittedly hadn’t been great) was an embarrassment to her. She told me over and over that I had embarrassed her, the gym, and the national gymnastics federation. She concluded by telling me that she had been waiting several days to yell at me and now felt much better.

I remember being told to eat a maximum of 1,200 calories a day, that crying (or showing emotions of any type) wasn’t okay, and that we should keep what happened at the gym, at the gym. A few times I got kicked out of practice because I wasn’t able to get a skill right quickly enough. I was glad to be kicked out. It was better than being left practicing an event for hours and hours, being periodically told I couldn’t do anything right or simply being ignored.

Sometimes I wish I could go back in time and tell my younger self to flip the bird and walk out. I never saw anyone do that. I bet it would have led to something interesting.

For many years, whenever a painful memory or feeling of anger came up, I’d side-step it or push it down, telling myself I just needed to get over it and move on. “You’re an adult Robin; that was a long time ago. Just let it go.”

But somehow, I couldn’t. I wondered what would happen if I actually entertained the feelings. Would they spiral out of control? Would I lose it? The idea of feeling angry felt scary.

This past summer, for whatever reason, I decided to let myself feel angry about the crappy times for the first time. I vented and spewed to my spouse for about 30 minutes. And then you know what? Instead of growing, the feelings started to dissipate on their own. Yes, the memories of the hard times were still there. However, they didn’t sting quite as much.

Perhaps even more surprisingly, I started to feel a touch of compassion for the coaches I’d felt most angry toward, like the one I’d embarrassed so greatly. I’m not saying that I agreed with the decisions or methods, or suggesting that the actions were now okay.

However, it dawned on me that the coaches were people too. I wondered what sort of hard times they’d had going on in their own personal lives. Considering them now from an adult perspective, I suspect some of them were really struggling.

One thing I’ve learned—hurt people hurt other people. And in a way, I’m grateful to them for showing me contrast, as I learned a lot about how and who I didn’t want to be, which continues to help shape who I am now and how I engage with the world.

As the sting lessened, the positive memories also started to come forward more strongly. I remembered the perspective of another coach who used to be disappointed for us whenever we fell at a meet. She knew we weren’t trying to fall, and so the feedback she gave wasn’t personal.

I thought about the teammates I’d met over the years—so many kind and beautiful souls, some of whom are still close friends to this day. I remembered highlights from my best meets; I remembered the thrill of nailing a routine. When I watched some old videos, it struck me how cool it was that I was able to perform the skills I was able to do. I truly could flip with ease.

Returning to my kids and athletics, I’ve come to realize that if it’s something they’re into, I’ll support them. If it’s gymnastics? Yes, I’ll be there checking out each and every gym and coach to make sure I feel good about it all. And truly, I’ll do this for any sport or activity they want to do.

I know nobody’s perfect or right all of the time, and I also know that it’s okay to disagree with a coach (or anyone else, for that matter.) I also know that my kids have their own lessons to learn in life, as we all do. And it won’t always be easy, shiny, and bright. There will be times when it hurts. Pain is a part of life, and to try and protect them from doing anything because I had some hard times wouldn’t be fair to them. I’ve got to allow them space to learn and grow.

In any case, I’ll be there loving them whichever direction they choose to go. And if that turns out to be a sport like gymnastics? It’ll all be okay. 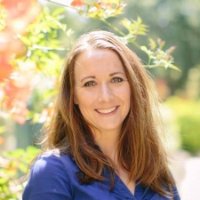