The Blessing of Getting Past Snap Judgments. 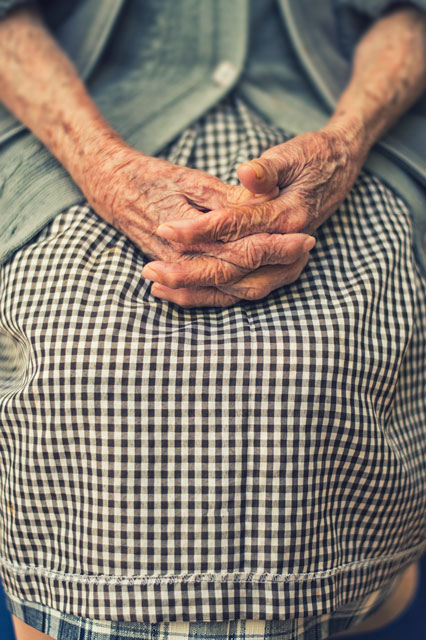 Do you ever get a quick, passing feeling that someone or something just isn’t exactly as it seems?

If there is anything I have learned to do, it’s to take a thoughtful second look as often as possible. Things are not always as they appear.

I will never forget a time in my teen years when I experienced a profound example of this.

Two evenings a week I volunteered to sit and visit with residents in the nursing home where my Grandfather spent the last year of his life. I became somewhat of an on-site granddaughter for lonely, elderly people who didn’t often have guests. I spent time going from room to room, listening to their stories and looking at all of their worn pictures. I grew to love each one of them and looked forward to their individual personalities.

They really just wanted someone to recognize that their life and memories mattered. Being someone who loves to connect through the sharing of life experiences, I enjoyed every moment of it. I was lonely at home growing up and this provided unlimited connection for me.

One day I was in the lunchroom looking over the same, boring vending machine choices when two nurses came in discussing a memory of a resident from a few years prior named Isabel.

Isabel rarely spoke, they said. She’d been extraordinarily beautiful and dignified in her youth and remnants of that could be seen today, yet she was not usually one to talk. Over time they would muse over the cause of her aloofness.

One day Isabel surprised everyone and presented a carefully wrapped birthday party invitation she’d received from a close friend of hers. The party was in six weeks and it was nearby, close to her old home. Isabel quietly said she’d love to have someone take her. Two nurses volunteered, putting tremendous care and thought into the preparation.

Over the next month the nurses helped her pick a gift that she felt was appropriate for this friend. Isabel chose a musical jewelry box with a spinning ballerina inside. She picked a beautiful dress from a catalog and they ordered it. Days in advance they practiced dressing her up, fixing her hair and applying her makeup.

She glowed with excitement. She kept asking if she looked like a princess.

The day of the party, Isabel was dressed and ready, with tears of joy in her eyes over the mere idea of venturing out.

She excitedly talked about how this friend had been a “great secret keeper on the playground when they were just girls in grade school.” She shared how theirs was a cherished friendship that spanned the decades.

As she was dressed and made over, the staff members gathered the gift and birthday card and loaded Isabel into the transport van. They drove approximately 10 miles to the address. Upon turning onto her old street, Isabel commented how different it all looked. “Well I suppose it would sweetheart, it’s been a while,” the nurse said soothingly.

When they pulled into the driveway it was obvious that not many cars were there for the birthday party—there were no balloons tied to the mailbox. Just a dog barking relentlessly from the yard next door. The house on the other side had boarded up windows. The nurses were told by the person who answered the door that there was no party scheduled and truthfully, the resident had no idea who the birthday girl even was. “Never heard of her.” She said, closing the door.

It took a few months to console Isabel and just as long to do the research and phone calls for the nurses to finally figure out that the party was for the fifth birthday of the girl she had been best friends with in grade school. They had remained friends and neighbors until they were married and the friend moved away.

Isabel had carefully preserved that birthday party invitation for 80 years. In her dementia she had remembered the party and the friendship in real time.

I learned so much from these residents and a wealth of lifelong lessons in Isabel’s story.

Things are not always as they appear. The pendulum of this truth can swing good or bad. Someone who appears aloof, rude, detached, even unlikeable may actually have a big, mushy heart of gold and a lifetime of treasured memories just beneath the surface.

Alternatively, someone who appears warm, friendly and loved by all may privately be a living hell to deal with. It really doesn’t matter if it’s an addict being misjudged as a wasted life with bad character, or a smooth talking manipulator who doesn’t mean a word they say (or a picture they post).

What does matter is that sometimes things and people require a second look. Because every life matters. Sharing our memories and experiences as well as sitting with someone through theirs goes a long way.

Someone afflicted with an addiction is still a mother’s child, born with talents to develop, holding different hopes on the playground. However, in the death grip of addiction, the appearance of who they truly are gets covered up. Sometimes a person of great public esteem is actually a bully in private with a bitter, spiteful heart who is skilled at presenting a false positive image.

I’ve learned that it is impossible to assess anything, anyone with just a glance. We all have layers.

In honor of those residents who along with my own grandfather have long since passed, I have tried to make a point to sincerely listen to the experiences of anyone in front of me through the years, even if something negative put them there.

Everyone deserves a chance to be understood, listened to and cared for. I know I have often been misunderstood until the truth became a little more clear. By the same token, I have often been quick to write someone off as bad news, and even quicker to trust that someone is not bad news—a painful lesson in and of itself.

Looking deeper into things with kindness and intuition goes a long way.

“How will you know what tragedies or treasures exist unless you look past the surface?” ~Unknown

May we all welcome love, kindness, and empathy into our lives. 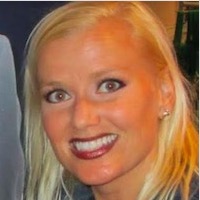