Three Ways to Be a Real Man. 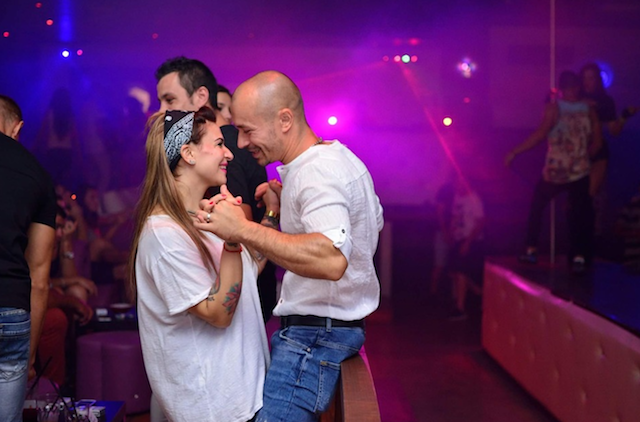 We made it to the other side.

I should start by saying I’m not a huge holiday spirit kind of guy. I really don’t feel like much would be lost in my life if all the celebrations suddenly disappeared—especially the Alabama Christmas album…sorry Mom and Dad.

Despite that, this time of year means so much to so many people. During this time when emotions run high and everything feels somehow more important, I find it’s a really good opportunity to think about how I interact with others. Specifically, this time of year makes me consider my role as a man.

So in the spirit of the classic “What I did on Christmas break” homework assignment we completed as elementary school kids, I’d like to offer you three main reflections on what I learned about being a man during this holiday season:

Giving my girlfriend a gift that wasn’t “practical” made me uncomfortable, but she appreciated it so much that I’ll probably do it again.

I’m not the greatest at gift giving and fall in line with most other men in thinking that the only gift worth giving is the one that’s practical.

I often think things like, “She mentioned she liked my pressure cooker! That’s what I’ll get her for Christmas because this will benefit her life for years to come and that’s what a gift is supposed to do!”

So when mid-December rolled around and nothing “practical” came up, I was forced to switch it up. Instead, I got tickets to Toruk, the Avatar-inspired Cirque de Solei show playing in my city over Christmas.

The non-practicality actually turned out to be really awesome—the tickets were a really simple way for me to take the lead, create an adventure that she could get excited about, and make her feel special and cared for.

After all, everyone knows nothing kills love in a relationship faster than boredom and monotony.

By not immediately telling her what we were doing, I had an easy way to fill her with anticipation, wonder, and curiosity about what I had planned—all great feelings to have in a relationship that’s been going on for years. While you can definitely create that same feeling with a gift sitting under the tree, the upcoming adventure gave more opportunity to tease her about the surprise, which she seemed to enjoy.

Accommodating her needs made me much happier than making demands of how I wanted Christmas to be.

Over the past few years, I’ve tried to make a focused effort to not be yet another person my girlfriend has to try to accommodate and make happy during the holidays. The mantra in the back of my mind during this time of year is something like, “No drama, low maintenance—the world doesn’t end if you can’t spend Christmas Eve with her.”

Since it’s important to my girlfriend that she spend a lot of time with her family, I’ve taken it as an opportunity to practice selfless love.

I set aside my desire to spend the entire holiday break with her and said to her, “Okay, I understand that you are juggling a lot of people’s specific schedules. You decide which days work best for meeting your family, and I’ll just fill in the gaps.”

Rather than insisting my needs are met first, I reassured her that whatever time we spent together was okay, and she didn’t need to worry about me being upset because I might not get to see her on Christmas day specifically.

It was a fantastic way to keep the stress and anxiety down that can so easily spiral out of control. Things were much more relaxed and loving between us.

In addition to this, I decided to take this idea of selfless love one step further this year.

In an absolutely unprecedented move, I suggested to her on multiple separate occasions that we watch Christmas movies together.

So thanks to how good Netflix Canada is compared to the American version, we ended up watching Love Actually, Arthur Christmas, and Talladega Nights (don’t ask why she chose that one because I don’t know).

When I asked her how all of this made her feel, she said that being able to put her family’s schedule first and watching Christmas movies together was like giving her permission (not that she actually needs it) to enjoy the Christmas spirit without feeling personally responsible for my enjoyment.

That’s a big deal for women who are often told, either directly or implicitly, that their job is to make their families happy.

And if “permission” to enjoy a special time of year is spending an hour or two cuddling on the couch during a movie—well, it was a remarkably low investment to make for how awesome it made her feel and how much better it made the rest of the relationship.

Lesson #3: The Importance of Dance.

I still don’t enjoy dancing much but it’s so worth it.

This final lesson came to me in the middle of a slippery dance floor a few hours before the traditional screaming of “Happy New Year!” and the obnoxious sounds of blowing horns and streamers.

As you may have guessed by now, I’ve never been one for much dancing, but when you’re with a girlfriend who is literally the first person on the floor, things kinda have to change.

Even though I was a bit low-energy from a heavy Christmas meal and not overly excited by the DJ’s choice of music, it was amazing to me that all I really had to do was step left, snap my fingers, step right, and snap my fingers to make her feel so happy and loved.

On the ride home from this event (once the vehicle had finally warmed up enough that she could actually talk), she said to me, “You were so great. Thank you so much. It meant so much to me. I love you.”

It was a welcome change to having the age-old battle about “You never like to do anything fun with me.”

Now I know that seems like an extreme oversimplification, because I’ve spent many of my younger years fighting to remain on the sidelines.

Back then my thoughts sounded something like this: “I don’t want to dance. I’m not good at it, I don’t know what to do, I feel awkward and stupid, and people are gonna laugh at me. These stupid hip kids are doing some fancy wiggly gliding sh*t and I have no idea how they learned it or what they’re even doing and I’m just a tall skinny white guy and what am I supposed to do?”

This mess of thoughts has paralyzed many men into total inaction such that when a girl says, “Come dance with me!” he can only give a stern look and respond with “No. I. Will. Not.”

I think that many men get this idea that if we’re going to draw attention to ourselves, then we better look like we know what we’re doing.

Having made it to the other side where the experience of dancing is actually kinda fun, this is purely a construct of the male mind and has no basis in reality. In my experience, most women have decidedly lower standards about these things.

In most cases, her idea of dancing isn’t some complex Argentinian tango where you clear the dance floor and show her off to the world.

What she actually wants is to just have her man by her side while she’s enjoying herself.

While it can feel like women are asking us to move mountains, the only mountain to move is our own self-importance.

And that’s only as heavy as we want it to be.

So we can choose to be a wallflower, or we can choose to say “f*ck it,” understanding that it’ll probably mean the world to her to get out on the “d-flo” and step left, snap, step right, snap.

So what did I learn about being a man this Christmas?

I learned I can get a gift that has no practical use and she may love it even more—especially because of the lead up.

I learned that letting go of my own desires and watching a few Christmas movies means a lot to her, and is totally worth the “effort.”

And I learned that even a somewhat lackluster effort on the dance floor can have her absolutely beaming, as long as you aren’t sulky or pouty—I just received some insider information that that’s where the line gets drawn.

But just because these lessons crystallized over the holiday season it doesn’t mean they are only relevant in December.

Giving selflessly to the one you love or finding opportunities to put your partner’s needs before yours isn’t something you have to wait for the end of the year to do (and it probably wouldn’t be a good idea to wait that long anyway).

In fact, receiving a gift can mean way more when it comes as a total surprise, and putting in extra effort can and should be a timeless practice.

So even though the holidays may be behind us, our relationships continue to evolve and grow. There is always a new opportunity to create a moment where your partner feels like the most loved and special person in the world and feels so lucky to be with you.

Happy new year everybody. Let’s make it the best year for relationships ever. 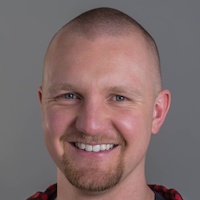