Top 5 Reasons Not to Work for ISIS.

**First a disclaimer: I am not claiming this to be the definitive “Top 5 Reasons Not to Work for ISIS” list. I myself have not worked for ISIS. I don’t have firsthand knowledge.

Despite the above disclaimer, I do think my research is sufficient and should convince readers who are applying to ISIS to reconsider.

ISIS, despite its size, doesn’t appear to offer its employees a 401K plan, nor stock options for its highest-ranking employees, nor any of the benefits you’d expect from an employer in general.

As to why ISIS doesn’t provide its workers such benefits, it’s probably because of their competitors, such as al-Nusra Front (recently rebranded Jabhat Fateh al-Sham®), who are aggressively keeping ISIS from growing.

In fact, if such competitors weren’t successful, there’s little reason to doubt that ISIS would have appeared on a stock exchange by now, like the NASDAQ or Dow.

So: lack of benefits.

ISIS is probably a bad workplace for women. I say “probably” because I can’t find ISIS on any workplace-for-women rankings.

For example, on the jobs-ratings-site-for-women, I typed “ISIS” into a search bar, and there were no ratings, none whatsoever. All their site responded with was this:

ISIS
Be the first to rate this company.

Meanwhile, I can’t find “ISIS women in the workplace rankings” on Forbes, nor The Economist, nor even on the Huffington Post!

And I consider no rankings a major black flag. For how can there be no ratings?

Well, given that ISIS can’t just make themselves a males-only company (that’d be sexist, obviously) there can only be one explanation for the lack of reviews: ISIS requires its female workers to sign non-disclosure agreements—and they enforce them.

So, do you want to work for yet another company that threatens to sue you into oblivion if you reveal negative-seeming things about it?

Think about that for a second.

Let’s say you get an ISIS job and you’re at a party somewhere and you’re trying to get people to like you (particularly members of a certain sex). Then party-goers start exchanging cards and saying words like, “So, what do you do?”

Well, it happens to be the case that ISIS is one of the least popular companies in the world. It is so unpopular that it doesn’t make it onto any of the company popularity lists on the internet.

A reader might ask, “Is it as unpopular as Halliburton? Freddie Mac? AIG?”

So just imagine: an attractive someone at a party smiles and glances at you, looks down for a moment, then walks up to you. A little chit chat occurs. Then he, or she, makes a couple flirty remarks and eventually says, “What do you do?”

What are you going to say?!

Are you really going to hand ‘em your black card?

Are you going to say, “I work for ISIS”?

Because if you do—I’m telling you—that person’s going to walk away from you.

ISIS workers have an unusually high mortality rate. Related to the above reason, ISIS employees, compared to the employees of most companies, have a high chance of dying on the job. And this goes for pretty much all of their positions, from entry-level all the way to CEO.

Working for ISIS is ridiculously dangerous.

Dress code is strict. Many companies have a dress code, but they’re usually not too strict. Usually, as long as you cover up enough (i.e., not dress too sexily), you’re fine. Your supervisor might say a few words if you’re not dressed quite right, or even ask you to go home and change. However, with ISIS, let us say you’re a lady, and you walk in or near an ISIS corporate office, and you fail to cover any part of your body (such as your eyes)—the folks from the Morality Police Department (Human Resources) will find you and make you pay a fine. And some reports say that it can go as high as 50,000 dinars. With further violations costing more and more. And (this is the crazy part), if you fail to pay your fine, ISIS HR will have you flogged!

And this doesn’t just apply to female workers. Male workers in some ISIS locations have had to wear beards (even if they don’t want to), and at specific lengths. And some have had to wear suicide vests, which are obnoxiously heavy. And though you could argue something in defense of that, like: “I’m an adult. I am strong. And I can wear a suicide vest. It’s my right!” Well, sure. But just remember that you’re still applying for a job where failing to wear enough black can result in a fine (or a flogging).

Think of it this way: if you’re worried that one of the companies you’re applying to makes their employees wear a suit, or makes them wear heels and makeup, just remember that ISIS’ dress code is medieval in comparison.

So don’t apply to ISIS. Don’t waste your time with them. Though you may find videos and photos of them looking all motivated and smiley, just remember that such media are generally produced by their PR Department, which of course isn’t going to make them look bad. Do take their ads with many grains of salt.

And do remember that you don’t have to say “yes” to every opportunity. Money may be tight right now, but working for ISIS just isn’t worth it. 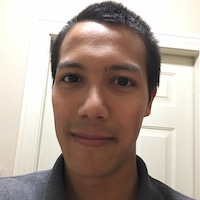