These 10 Points Prove that Trump is a Media Genius. 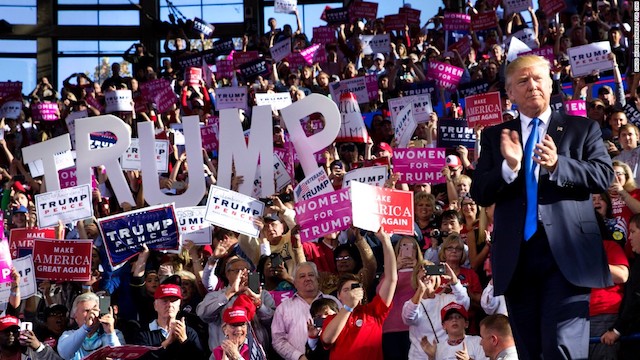 When I examined politics this year from a more mindful standpoint, there was no other story to match the phenomenon of Donald Trump. I’d covered three presidential campaigns, but nothing shocked me like this election.

That is, until Dilbert creator Scott Adams explained it. A trained hypnotist, Adams’ reasoning and thought process provides insight into, not only Trump, but all of us. People operate first on emotion, then justify it with reason.

I had been raised to believe the exact opposite lie: that smart humans operated in a rational left-brained manner. My dad pushed me to be logical and rational. I was a middle-class kid in a fairly wealthy high school, then went to an engineering school, then worked in engineering and real estate.

But I was miserable. And I left it all to become a sports writer.

Why? Emotion. Emotion rules our lives. And those of us most cut-off from emotion are most ruled by it.

Adams’ explanation of the Trump campaign is the best example of this I have seen yet. He shows how Trump was a master of emotion. Ditto Bernie Sanders. “People are not wired to be rational,” Adams wrote. “The most important thing when you study hypnosis is that you learn that humans are irrational. Until you understand that, hypnosis is hard to do. For me, it was this great awakening to understand that humans are deeply irrational, and it’s probably the greatest influence on me in terms of my writing.”

As a kid, I was never allowed to buy souvenirs. “Waste of money.” Or anything fun. Everything had to be pragmatic. Even when it came to dating, I married a nice practical girl. Another engineer. When we went to Europe for our dream vacation, she did not want to go to Paris. “Paris is all about fun and fashion and frivolity,” my engineer bride argued. “Vienna is the cultural capital of Europe.”

I’d already switched careers, and that worked out wonderfully. She threatened to leave me then, and my dad told me I was crazy. But on the Europe trip, I knew I had to get a divorce and that I was married to the only woman in America allowed less emotion than I was. Later, I remember talking to my therapist about cars.

My next purchase, I gave into emotion. It made no sense to my rational left-brain, or my father. Screw it. I bought a Porsche. As William Blake says, “The road of excess leads to the palace of wisdom.”

Granted, Trump likely suffers from Narcissistic Personality Disorder and could launch World War III from his Twitter account. Ironically, I doubt most of these tactics would have worked for Hillary Clinton, because a woman using his tactics would have been seen as hysterical, theatrical and emotional. But that’s beside the point. Here are 10 lessons from Donald J. Trump’s campaign that anyone can use to become more identified with your emotion.

1. Understand the Problem: Trump connected viscerally to the The Hillbilly Elegy crowd, while painting Hillary Clinton as Goldman Sachs’ bitch. His followers screamed, “Lock her up!”

Now, he’s broken his promise and she is coming to his inauguration.

“While his opponents are losing sleep trying to memorize the names of leaders—in case someone asks—Trump knows that is a waste of time,” Adams wrote. “No one ever voted for a president based on his or her ability to name heads of state. People vote based on emotion. Period.”

2. Positive Thinking: Though Trump’s behavior is often morally reprehensible, he went to the church of the original prosperity gospel, led by Dr. Norman Vincent Peale. The prosperity gospel is not unlike The Secret or the Law of Attraction or Wayne Dyer in the Power of Intention.

3. Read the Crowd: Trump spoke to the fears of forgotten people. “If you understand persuasion,” Adams wrote, “Trump is pitch-perfect most of the time. He ignores unnecessary rational thought and objective data and incessantly hammers on (emotions).”

5. Emotional Resonance: Adams again: “People don’t care about issues. People have never cared about issues. It has always been about personality, emotion, feelings, fear, that sort of thing.”

6. The Medium is the Message: Marshall McLuhan’s famous phrase suggests the medium has a symbiotic relationship with the message. Trump subverted the mainstream media and took his message directly to his followers. Adams says Trump is the best persuader he’s ever witnessed. “Anybody who is trained in persuasion already knows that nobody ever changed their mind because of facts,” Adams wrote. “Facts don’t have a place in persuasion. Look at Rand Paul. He is a guy who knows lots of facts. I am sure that he does his very best to make sure that his facts are accurate. It gives him exactly zero persuasive ability. Whereas a good persuader—Trump, anybody who has the same training as I do—knows where the emotion is and knows how to pick the right topics.”

7. The Right Topics: In the late 70s, when it was declared that New York was bankrupt, Trump saw that he could exploit tax breaks and help recreate the city to cater to wealth instead of the poor and middle class. Now he sells condos to wealthy Russians. Adams again: “It is no coincidence that he picked immigration and jobs, the things that people are going to be the most excited about and get the most emotion into. The is the job of persuaders is to know what topics to pick.”

8. Mainstream media: Trump insulted Fox News’ Megyn Kelly, then skipped her debate. Think about that. A Republican? Skipping a Fox debate? Insulting Princess Megyn? Sacrelige. It didn’t matter. Trump knows the media’s primary purpose is not to serve or tell the truth. The media’s number one goal is to make money.

Network executives admit they gave Trump extra airtime because his outrageous statements meant ratings. In turn, he berated the media, calling them dishonest. “Disgusting. Scum. Horrible people.” And they kept repeating his message. “The master persuader will warp reality,” Adams wrote, “until he gets what he wants.”

9. Negative attention: There is no such thing as negative publicity. “The other thing is that Trump is very clever and very deliberate about becoming what I call the ‘human Rorschach test,'” Adams wrote. “So if you watch him take a position on almost anything, you can hear both sides.”

“If this were poker, which hand looks stronger to you for a national election?”

Our point here is not only that Trump is an incredible thespian who mastered his media, but that emotion rules. Not just in politics, but in all avenues of life. My own divorce and career change got me back in touch with a part of me that was not allowed.

Whoever is least in touch with their emotions are most controlled by them. 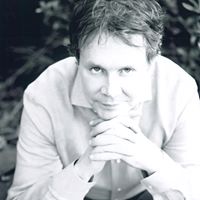