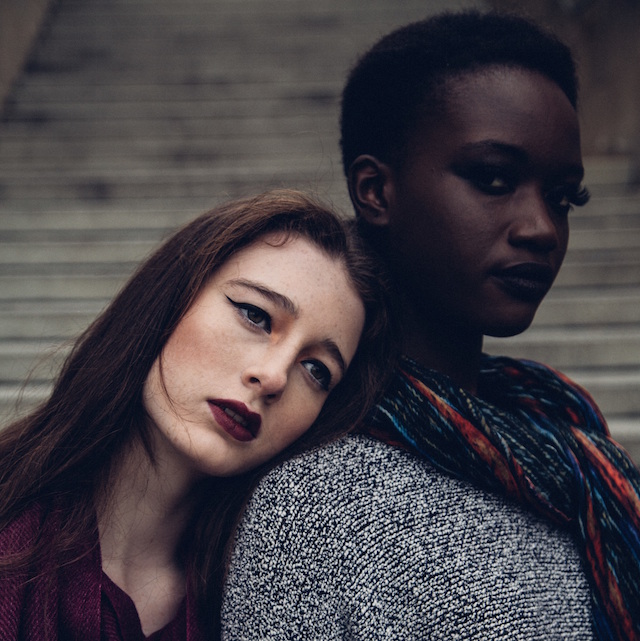 “We are conditioned to individuality, we are conditioned to think that we are separate from another. We have separate souls, whatever that may mean. We must succeed separately. So is that mere conditioning, or is it an illusion, or it is something that superficially—because we are different superficially, you are tall, I am short, or I am black and you are brown and so on and so on—superficially we may be different at the peripheral level, but that does not constitute individuality. You may have a different capacity from another. I may be an artist and you may be a politician—those are outward dressings, outward coating. And we take the outward effects, outward appearance as individual.” ~ Jiddu Krishnamurti

It’s a paradox. We are all different, yet we are all the same.

Each of us has an identity, roots, ancestry, a story. And, simultaneously, we are all simply human beings living a human experience with emotions and thoughts, ideas and memories. We all have plans, beliefs, curiosities, cultures, fears, hopes, and personalities.

I am an “expat,” a U.S. citizen living as a permanent resident in Guatemala. In the small lakeside community where I reside, there are people of countless nationalities, and then there are the “locals”—indigenous Mayans. Every evening, women and shockingly small children can be seen carrying huge loads of firewood on their backs or balanced gracefully on the tops of their heads.

My home is situated smack dab in the middle of two villages. The first, San Marcos La Laguna, is a town known primarily for its plethora of spiritual teachings, holistic wellness offerings, yoga courses and the like—a hippie haven for the past few decades. The second is Tzununa, a small pueblo whose name means “hummingbird,” with relatively few gringos. (Everyone who is not Mayan is considered a gringo here, not just folks from the U.S., a fact that enrages some of the Europeans.)

I am very conscious of being a guest in this country where I’ve created my home and am raising my daughter, while at the same time I’d prefer to transcend borders and just be human. Not Texan, not American, not a gringa, not Christian or Buddhist or attached to any superfluous label.

It is not that uncommon to overhear this line of conversation in these parts:

“Where are you from?”

While it’s easy to laugh and poke fun at the wannabe transcendentalism, there’s also a grain of truth in this concept. We are all from Earth. We are all humans with hearts and minds and lungs and skin. Does it ultimately matter where we were born or raised, where we came from?

“You have certain characteristics, certain culture, certain way, certain tradition, and you are satisfied with that—you are British—all right? We’ll tolerate this? And in France we are French. Go to Spain it is the same. Go anywhere in the world, it is the same assertion. Outwardly and inwardly we are isolated—my desire, my fulfillment, my wanting—all the rest of it. So is that one of the causes of conflict, isolation? Obviously. Politically, as long as you remain British and the French, and all the rest of it, there will be no global relationship and therefore there will be no peace in the world at all. Right? Tell that to the politicians and they will say ‘Buzz off’. And we elect these politicians!”

Nationalism is harming us and has been ever since borders were delineated. A few weeks ago, I finished a long biography called Hitler, by historian Ian Kershaw. It took me six months to read; it was so disturbing that at times I’d put it down for weeks. The term Nazi comes from nationalist. Hitler spearheaded the hatred and fear of the masses under the banner of German nationalism and pride.

Clearly, Donald Trump and his administration are doing the same, right in front of our faces.

Patriotism, tribalism, fanaticism—all this division kept in place by our self-righteous beliefs, dogmas and opinions are doing us no good. The fictitious borders that separate neighbors into countries, the building of walls and banning of individuals based upon their country of citizenship is backward and inhumane.

We need to let go of the absurd notion that “America is the greatest country in the world.” Why does it have to be about greatness and being number one? Why can’t we collaborate and cooperate instead of always competing?

The only thing that makes sense today, in order to overthrow the divisiveness and hatred, is to resist. This might appear counter-intuitive, if we continue to look at the world through the lens of flags and separate nations, but the way through the present darkness is to cultivate love, peace and kindness within ourselves, and extend those positive energies out into the world in our daily lives, relationships and interactions.

Working on ourselves—and affecting change in our communities—takes work. Self-knowledge requires ample intention, discipline, and reflection. But self-knowledge is also the prerequisite for change on a larger scale.