He Will Worship Her. 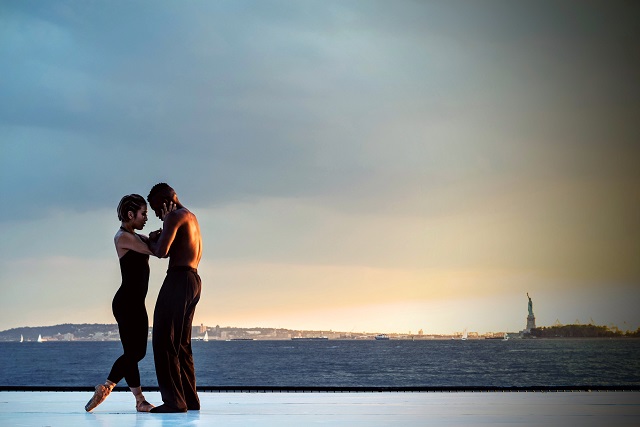 He will love every one of her beautiful contradictions that you could never make sense of.

You may love her; perhaps you’ve even taken the time to reach her bare soul and let her ripe lusciousness intoxicate you past the point of reason.

But if you could walk away from her, then you never actually saw her.

It doesn’t matter what you say or feel. What matters is what you do, and you’re doing nothing to keep her—so how can you expect her to stay?

A woman like her doesn’t want the moon and stars; all she ever wanted was all of you, in every moment, through every single sunrise.

She wanted morning stubble against the soft skin of her breasts and the tangled whispers of your voice, still heavy with dreams.  She wanted nights listening to the melody of icy winds against the window panes, knowing that even on an evening as dark and blustery as that, there wasn’t any other places she’d rather.

Wrapped up in your arms, she saw the world that was born when no one was watching.

To her, you were everything—but to you, she was replaceable. She was a moment in time, and no matter how hard you tried to learn the language of her love, you were never able to fall for her.

You could never choose to believe in the impossible. Couldn’t trust the simple fact that a woman like her had fallen for a man like you.

So you moved between the shadows and slowly made your exit plan. You decided that it wasn’t you, couldn’t be you. And in that choice, you decided it must be someone else.

By walking away from her rose gold kisses and warm vanilla skin, you also chose to let someone else love her. To see her in all the ways you had been privy to. To be the person who would, quite possibly, claim her heart forever.

You made room for another to worship the woman you walked away from.

He won’t leave her wanting more as the nights fall heavy upon them. That’s the point: he won’t leave her at all. A minute away from her will seem like an eternity, and at the end of the day, there won’t be anywhere else he’d rather be than in her arms.

He’ll come home to starry-eyed kisses and the soft weight of her head against his chest as she hugs him like he was born to be her guide in this life.

She used to hug you with the hope that you would become just that.

This man won’t be perfect; after all, she has no use for that. He’ll be worn around the edges, and mistakes will dot his broken past. He’ll be lived in; he’ll reek of all the adventures he has yet to take. He might not say everything right, but that won’t matter.

Because as the moon hangs high, it will be he who wraps his arm around her soft hips, letting her know that she is safe—that she has found her home.

You may not feel regret, and that’s okay. She was never trying to make you jealous, only wanted you both to find the happiness you so deserved.

She wanted you to sink into the same unconditional love you give to so many. She wanted to always be in your corner—your constant—to show you a love you could never have dreamed.

She simply wanted to be the one who got to love you.

But now another has come to fill the place she had dreamed you would one day occupy; he has taken her dreams and given them space to land. She knows he won’t ever be you. And while she fears that decades from now she’ll still remember the color of your eyes, and how they changed when they looked into hers, she can’t wait for someone who has never asked her to.

She has to choose to be loved.

This woman that you continually let slip out of your grasp has so much love to give. She once wondered if that was her burden to bear, but now it seems that all along she just needed someone who knew what to do with it.

And he will worship her.

He will stand tall beside her, unwavering. Because he knows that while she’s as fierce as they come, she needs a strong man for that very reason—a man who can care for her fears and caress her demons until they, too, find peace within his love.

He will be the one to show her why it never worked with anyone else—how every heartbreak was only leading her to him. Because he knew, the minute he looked into her eyes and felt her body against his, that he would never walk away from a woman like her.

So he decided to stay and worship the woman you so easily walked away from.