Liberals are the New Conservatives. 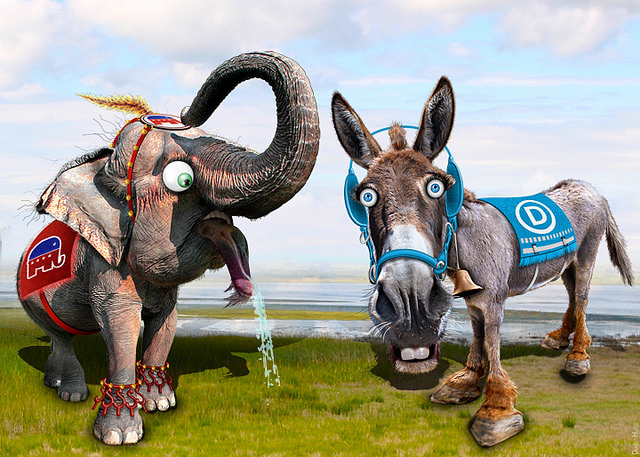 As a life-long, staunch believer in conservative principles and thinking, in order to stay true to my conservative ways of thinking, I had to become a liberal.

The core beliefs of American conservatism: limited government, free market, individual freedom and responsibility, a balance between liberty and law, and a commitment to moral order and virtue, both in the public as well as private sector, come from Frank Meyer’s work in the 1960s, when he called together a broad base of conservative thinkers in order to create the tenets of conservatism, which include:

>> Emphasizing human rights and freedoms, or duties and responsibilities,
>> Unanimously valuing “the human person” as the center of political and social thought,
>> Opposing liberal attempts to use the State “to enforce ideological patterns on human beings” and
>> Rejecting the centralized power and direction necessary to the “planning” of society.

I have been a patriot my entire life, honoring both the constitution and our country’s unique history. Our forefathers left England, in large part, to be free from a country that did not allow them to worship in their own way.

Our nation was built on the principle of freedom from—and conservative thought honored that freedom by placing “the human person” at the center of—political thought, refusing to allow government “to enforce ideological patterns on human beings.”

Yes, societies need laws in order to function, but conservative thinking balances laws with personal liberties by always putting the people first. Conservative thinking looks back, remembers the plight of the pilgrims, and refuses to allow any singular belief or religion to be put upon any group. Nothing, to my way of thinking, is more primary, or conservative, than that.

My journey away from the so-called “conservative” Republican Party, toward the truly conservative Democratic Party, began during my undergraduate years, while researching for my honors thesis. My thesis explored the impact of both liberal and conservative media on Supreme Court decisions. Two cases I compared were the Dread Scott case and Roe v. Wade.

Dred Scott was a slave, taken by his owners to a free state. He sued, claiming that he became a free man once he was moved to that free state. The Supreme Court ruled that “negros,” whose ancestors were slaves—considered to be property—could not be American citizens, and therefore, had no standing to sue.

The Republicans vigorously opposed this ruling so vehemently that this case became a catalyst, sparking the Civil War. Conservative thinking resisted, allowing the government to impose one ideology—slavery—on others, and instead emphasized human rights and individual freedoms.

One hundred years later, the court in Roe v. Wade clarified that the right to privacy under the Due Process Clause of the 14th Amendment extended to a woman’s decision to have an abortion.

In true conservative fashion, the court balanced law (the state’s interest in protecting the unborn) with liberty (a woman’s right to her own body and destiny) by stating that before viability of the fetus, the woman’s rights predominated, and after viability, the rights of the state predominated. The court did away with a host of recently enacted anti-abortion laws, upholding the conservative concept of limited government and allowed each state to regulate on its own accord, as long as no religious ideology was imposed upon citizens.

The court espoused the conservative principles of religious freedom, law balanced with liberty, limited government and the dis-allowance of a single ideology, but this time the Republicans opposed such conservative thinking. I couldn’t figure it out!

Next, I watched as the so-called conservatives fought for the unlimited rights to bear arms. What happened to the balance between liberty and law? What happened to letting the states decide, to refusing to impose one ideology on an entire population, to moral order and integrity?

Conservatives balance laws with liberties, and since every other constitutional liberty was balanced with limits, why weren’t the conservatives acting conservatively with regard to gun control?

My faith in Republicans as conservatives continued to crumple. The war on gay rights and transgender protections, “bathroom bills,” defunding Planned Parenthood, making birth control less accessible, right-to-worship legislation protecting one ideology, and horrific displays of vulgar behavior with zero attempt to be moral or virtuous by treating others without dignity, respect or integrity.

As a conservative, I choose to live morally and virtuously, which means living free from religions that I see as hateful and harmful. I choose to put the human person at the center of social thought, helping individuals become responsible, educated citizens. I choose unconditional love and acceptance to everyone and will not impose my ideological beliefs upon them.

I choose a thoughtful balance of individual liberties with the rule of law, understanding that although I may choose not to have a gun or not to have an abortion, I need to be tolerant of those who do. It’s not the content of the law or the liberty that matters, it’s the balance of differing beliefs surrounding those laws or liberties.

As a lover of conservatism, I had no choice. In order to stay true to the conservative principles I felt most passionately about, I had to become a Democrat. 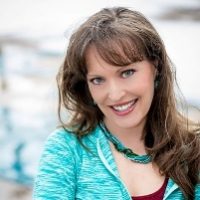