I Stand in the Middle.

A quiet voice whispers in my mind, growing louder, becoming more urgent. Echoing through the dark reaches of space. Shouting at the world at large.

It’s trying to make sense out of events unfolding rapidly and unpredictably. It’s trying to find common ground that once tied us together as a united nation, a country to be envied, a place where dreams were within reach if you worked hard enough. An almost forgotten time and place, a bygone era.

The world seems to be upside-down for half the country. Spinning out of control. Becoming more like a stranger with each passing day.

For the other half, it’s a bright and beautiful place where balance has been restored. Power is within reach. A place where the oppressed no longer feel oppressed. A sliver of hope pervades like a ray of sunshine breaking through dense fog.

I stand in the middle, not really belonging anywhere. Yet my soul feels like it has been bruised and battered from all of the hateful venom being spewed from each side. Most days my mind wanders aimlessly. I can’t concentrate. My heart hurts for reasons I can’t fully put into words.

I see great promises being made. Hope on the rise even as long lasting friendships dissolve.

I see worry written across solemn faces. Ecstatic joy on others.

I feel the anger, the quiet desperation, the uncertainty about our country’s future, and I know their beliefs are grounded in what has been a harsh reality for years, if not decades. They work hard, trying to get ahead, yet can barely make ends meet.

They want the American dream. They feel it is owed to them for one reason or another, yet an invisible wall stands between them and their due. Barely contained rage seethes beneath the surface as they see a dream which has little promise of becoming a reality.

They are the working man. The little man. The forgotten man. They are the thread upon which the fabric of this country has been built. They are the builders, the plumbers, the fixers of broken things. They stock our grocery shelves, deliver fuel to the gas station, install our cable. They are the invisible faces that make our days run smoothly. They have the thankless jobs that we couldn’t live without, yet they go unnoticed. They’re forevermore on the outside looking in.

I see the marchers, the activists, the snowflakes, if that’s what you want to call them. They, too, are dreamers. They dream of equal rights, better healthcare, clean air and water, freedom to be who and what you are. They dream of a better life, a better world for all.

I hear the name calling, the tit-for-tat conversations, the “get over it, you lost” and the “uneducated Southerner.”

I hear “God answered our prayers,” although for half the country those prayers went unheard. If you recall, your God is their God, too.

I hear anxiety and fear dominating conversations and decision making. I hear blame being placed and displaced over and over again.

But can you guess what I don’t hear?

I don’t hear anyone listening—from either side.

I don’t hear anyone trying to compromise, to give and take, to meet in the middle.

We’re so wrapped up in who’s right and who’s wrong. Where to place the blame. How to do the most damage. How to get what we deserve.

We have become an America I no longer recognize.

As these thoughts, these social media comments, these hurled insults with little regard to the lasting damage they may inflict, keep racing through my mind, I wonder if it’s going to take another 9/11 to unite us once again.

To make us see reason.

To make us choose unity over divisiveness.

To make us realize that we’re stronger together and that we’re working for the same goals.

We just happen to see a different way to get there is all.

So friends, family, and strangers alike, I will continue to stand in the middle. I will continue to listen to what each side has to say, waiting on more of you to join me, so we can learn the value of compromise, so that we can become the country we were meant to be.

In the meantime, know your voice matters. No matter what side you are on.

Your voice matters, but if you want to be heard, you need to be able to listen, too. 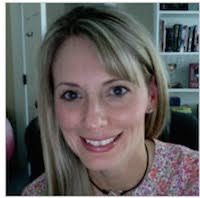