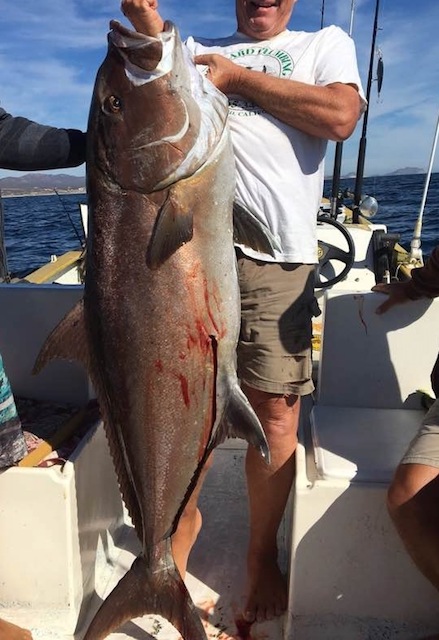 Within my yoga community, I seem to be the resident vegan priest.

Right on the spot, some friends will have one look at me, flush with guilt, and feel the need to confess. Forgive me Father John, for I have vegan sinned: I ate barbecue chicken yesterday and had two non-vegan doughnuts since I last saw you.

I recently had a conversation in the yoga studio that started rather awkwardly.

It felt like there was just too much information in my friend’s ramblings before yoga to chronicle the importance of how to stop killing the planet, so I instead chose to express empathy and wished her a nice yoga class.

The fact is, the ocean is, as Herman Melville suggested in Moby Dick, our unconscious. Most of us only see the surface of the ocean, never the life underneath—or in the case of what’s happening now, the accelerating absence of life below.

To our sight, the surface of the ocean would look the same, whether it had abundant life beneath it or none at all.

This is a problem.

According to scientists, by 2048 most large marine ecosystems will have collapsed from over-fishing. According to a 2006 study led by Dr. Boris Worm and a group of international ecologists and economists, three-quarters of the world’s oceans are already exploited or depleted and the oceans may be fishless in the near future.

The oceans seem to be racing toward extinction.

We swim with our heads above water, unconscious to the changes below.

No more grouper to eat? No problem. We’ll eat tuna. Now where’d that one go?

No more shrimp in northern Baja? We’ll trawl the southern Baja until that collapses.

There used to be more swordfish, what happened? By the way, anyone see where all the shark went?

This tragic demise of sea-life will cascade down the fishing line. We seem to be in a race to see who can consume the last tuna, the last Amberjack, and the last shrimp before they are all gone.

We can’t seem to raise our vision beyond the end of our own forks.

My friend in yoga class seemed to be aware that there are no longer many large Amberjack fish left. But why is this?

Because they have been fished out.

What remains are the younger, smaller fish with a more tenuous hold on survival. My friend’s photo on social media shows a smiling fisherman, elbows lifted and bent, arching back from the weight, holding a four-foot, 100-pound, pinkish-brown Amberjack fish by a hook in his mouth with blood dripping down his side.

Toward the end of yoga class as we lay resting in Savasana, the teacher read a short poem by the Indian saint Saraha:

Though the house-lamps have been lit,
The blind live on in the dark.
Though spontaneity is all-encompassing and close,
To the deluded it remains
Always far away.

A massive 40 percent of the world’s ocean catch is by-catch. Collateral damage. Caught, unwanted, killed, and discarded at sea. These animals include whales, dolphins, seals, sea turtles, sharks, and an infinite variety of other unwanted sea life. Unfortunately, in the industrialized, modern world, there seems to be no such thing as sustainable seafood.

Seafood is simply a socially acceptable form of pillaging the ocean. What if we plundered all of the birds on land starting with bald eagles until they disappeared? Then we moved on to hawks, seagulls, sparrows, and orioles? Who would be next and who would be safe? The butterfly and the hummingbird? Certainly, we couldn’t justify the extinction of entire species of birds simply because they taste good, could we?

A functioning ocean filled with life provides the oxygen we breathe, absorbing more carbon dioxide than all forests on land. Every breath we take has passed through the ocean first.

An ocean full of life fills us in ways we aren’t able to easily quantify. Yet I imagine if we didn’t have life in the ocean, we would quickly understand that loss. Who would we be as a species on a planet where the life around us has vanished?

I am no moral authority. I am not perfect. I am an old surfer doing the best that I can.

All I have going for me is that I care. Besides that, I am compulsively restless, insecure, often wrong, impulsive, selfish, irritable, and sometimes while surfing, I botch a perfect wave, falling on the drop like a kook.

I love the idea that veganism is not a path of perfection; it’s a path of kindness. This concept resonates for me. I care about animals, the environment, and about my relationships with other people.

If I were your vegan-priest, my first instruction would be to live one day at a time. If everyone on the planet went vegan for just one day out of the year, we would save 2,739,726 ocean animals per day.

One day matters. Our food choices each and every day matter.

If it helps, go ahead, I’m here—confess your vegan sins to me. But let’s not bury ourselves in thinking in terms of right and wrong. The oceans are too important for that. Can’t we do better than fixating our Pavlovian vision on guilt? Guilt is the ego’s harangue.

You have a conscience, you’re a good person—now don’t worry about changing anything, you feel bad enough as it is.

Positive daily action is the antidote for our dissonant souls and a planet now pushed to the brink. The mindset of living one day at a time can release the paralysis of inaction, navigating toward a saner, more sustainable world. When confronted with a large problem, taking it day-by-day gives us the freedom to not feel overwhelmed and discouraged.

My hope is that we can abandon our superficial selves, dive into an ocean of life, and fall in love again before it’s too late.

Or if you prefer, say four Hail Mary’s, do five Chaturangas, and go vegan as soon as possible. 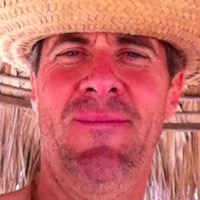