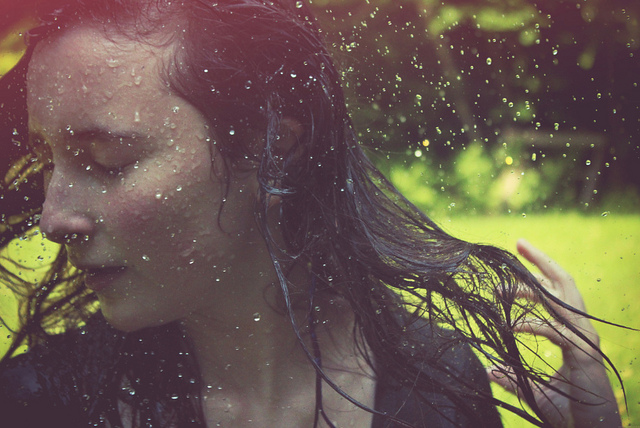 The recent Northeastern snowstorm provided some much needed rest for me.

I know it seems the antithesis of it but the physical and solitary act of shoveling my driveway allowed some time for my overactive mind to focus. As I stood there surrounded by the winds and the billowing snow, I was reminded of the largest storm I could remember from my childhood, and the lessons I learned as a result.

I think storms get a bad rap. Defined as a “violent disturbances,” no dictionary ever accounts for the good that comes from them.

As I look back on the first blizzard I can remember, I realize that watching my mother weather that storm when I was six years old was really all I needed for weathering my own personal storm that arrived some 30 years later.

The first thing I gleaned was to be prepared and resourceful.

Picture it, kids. 1978. We didn’t have cell phones, microwaves, or the latest gee-whiz satellite technology to tell us where the storm was coming from or going to. At best, we heard “storm-a-coming,” and we opened our windows and doors the next day to see what had happened.

We grew up in a time when money was a little more valued, so when something was on sale, we bought loads of it and stored it in our wine cellar in the basement. When we lost power, we cooked sausage and baked potatoes in our fireplace. We didn’t need a plan for everything. We were innately prepared for what was coming, and didn’t panic if we weren’t. We were enterprising and had a way of just figuring things out as we went along.

This lesson I learned from my childhood—being prepared and resourceful—is fundamental for me, using what’s around me and figuring it out as I go.

The next thing I learned was how to ride out a storm.

After the snow had ended, the neighborhood emerged to see what the damage was, and to my advantage, they all pitched in creating sizable mountains for us kids to tunnel through. I think they were likely just trying to shovel their driveways out, but it sure seemed as though they were on our side.

For one storm, I was the Pac-Man champion, and my sister triumphed at Donkey Kong. During another I played dress-up with the kids across street, except they were the skinny kids, and well—did I mention we were Italian? Most of those dresses had to be pinned in the back in order for them to close—but no matter.

We rode it out in our own way. Some years I babysat my younger brother while we watched Willy Wonka and the Chocolate Factory—the original one—and my sister Gina lost a tooth every storm it seemed. As I got older, I was on the “team.” Mom, Dad, and me. We worked on the driveway until it was done. After shoveling, my dad would go off to work and my mom always seemed to host a weary neighbor with some tea and homemade coffee cake.

The neighborhood teenagers played their electric guitars loudly and a pickup game of stick hockey began in the streets. We each weathered the storm in our own way; we each found a way to get to the other side of it.

One year, a storm fell on the Tuesday before Ash Wednesday. When I put on my boots to go out and help my mom shovel, she said, “No. Stay inside and watch your brother for me.” She shoveled that whole driveway by herself, my dad already at work. She then took out our old wooden sled and pulled us all up and down the road that led to our local church in order to receive our ashes.

A storm always shows you what’s important. It lights the way and removes that which no longer serves a purpose.

The last thing that I learned from watching my mother weather the storms in her life, was that something beautiful always comes after a storm. That night, after the big storm of 1978, while everyone slept, my mom and I crept out. The storm was over and not to be too poetic, the moon was visible again, the clouds long gone. The sky was a deep purple and the snow glittered and twinkled in the moonlight. Everything glistened. Everything was magical.

We bundled up, and braved the chilled night air. I jumped on the sled, and as she led me up and down that block, I watched. I observed the astonishing world around me and took in the magic that I saw and felt that night. Trees sparkled, the sky was aglow. Everywhere I looked, I found magic. The storm had come, there was no doubt, and while it required some hard work to weather it, there indeed was something beautiful in its wake.

I have learned many great lessons from my mother over the years. She has taught me well—how to cook and sew and carry on our Italian traditions, with our food and wine, and loving hearts.

But of all the things she has imparted to me, perhaps the greatest one is this: she taught me not to fear the storms that come our way.

She taught me that they bring a clarity and a beauty far greater than anything we can imagine, and that that is what storms are for—for clearing out what is not essential and reminding us of what is.
~ 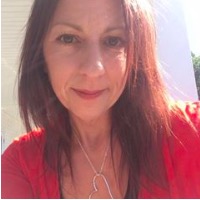