What this Viral Video Proves about our Work-Life Divide. 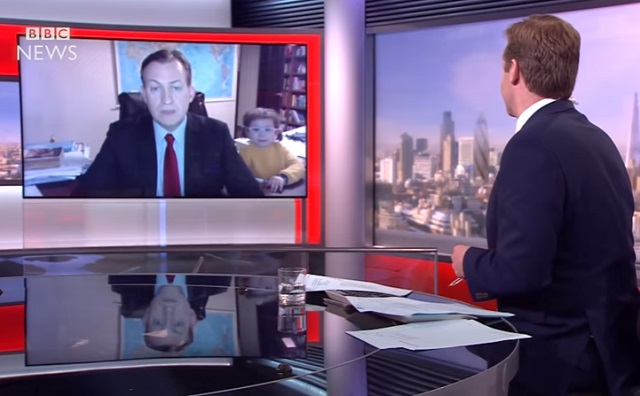 I was giving a talk a few days ago about how to publish a book, when a child escaped her babysitter in the hallway and ran to her mom in the audience.

The mother was mortified, even though I tried to calm her.

Later, I asked myself why she was so embarrassed, since her daughter was quiet and, aside from opening a door, didn’t really interrupt. I can only assume it’s because the woman felt she was putting herself out as an author, and her daughter’s appearance somehow altered her sense of that.

There’s a reason this now infamous BBC clip of the kids busting in on a live interview has been eagerly devoured by more than 22 million viewers in less than two weeks.

It isn’t only because it’s entertaining (although of course it is), or because of how all the social media hand-wringing the topic has gotten: How our thoughts about the clip––Was she the wife or the nanny? Would a woman have been equally lauded for staying in her chair?—may reflect our implicit biases.

So many of us took such pleasure watching it two, three, or a dozen times not just because of how funny we found the scene as it unfolded for the hapless family; rather, every parent could so easily picture ourselves in this man’s situation.

Despite the fact that a quarter of employees today do some or all of their work from home, the façade that family and work life are, and should be, separated remains cemented in place. We can keep a family photo on our desk, but if we sneak out early to go to our daughter’s soccer game or our son’s ballet recital, we lie that we’re “running out to a meeting.”

I’m as guilty as anyone, fearing that people won’t see me as a serious professional, despite all my years as a serious professional, if they also view me as a mother. Once, when I was interviewing a CEO for a national news magazine, my then three-year-old son slipped into my home office and pressed the hang-up button on my landline. When I called the executive back, I feigned ignorance about why we were disconnected.

Another time, when I was seven-months pregnant, I spent hours trying to find a dress that would camouflage my swollen belly for a speech I was giving at an association meeting—a ridiculously futile attempt at not giving away my maternal state.

After the BBC video went viral, writer-friends posted about their own experiences trying to keep mum about being a mom, including one who used to make calls from her office closet so no one would hear the kids romping in the next room. (Mercifully, while I still keep only my work hat on when I write for magazines, publishing a parenting book has allowed me to tip up the cap when I talk about the book.)

But it’s not only at work that we try to hide our family reality.

How many times have you walked into someone else’s home and seen it look as messy as yours does on a typical day? Likely never. To keep the veneer that our children don’t “mess up” our lives, we feel the need to stow away all evidence of toys, crafts, and even that stack of kids’ clothing before someone comes over.

This is exactly why I love this video, because it punctures the false separation between family and work life that many of us parents try so desperately to maintain.

The family was in the next room, but the unwitting star, Robert Kelly, a university professor and author with a doctorate degree, had clearly been pretending they weren’t. Kelly later said he was pushing his daughter towards a stack of toys he keeps on the floor. But would we have thought less of his expertise if those toys had been within view, instead of the falsely sterile office with a map on the wall and neat stacks of books on the table? And if we would have, that’s the implicit bias we need to overcome.

Living authentically as both a parent and a worker would bring us deeper happiness, and in turn make us more effective at the work we do.

Imagine a world where the woman’s child at my lecture could have walked in with ease—or maybe even sat on mom’s lap from the start. (I’m instituting a kids-welcome policy everywhere I speak from now on.) Where Professor Kelly’s kids could have been playing in the background of the interview. Where we keep that lived-in look when people come to visit. And where we guiltlessly admit we have to leave early to be with our kids, since we’ve already put in a productive workday.

I’d like to dub this new way of being, “Kellying,” in honor of the family who made the ridiculous way in which we try to live so humorously clear to us all.

We would all be better off, and both our work and family lives would be enriched, if we banished this false work-life divide—ideally with the same smile and swagger as the little girl in the video.
~

(Maybe it’d look a bit like this mum in the hilarious parody video that’s now been viewed nearly as times as the original:)
~ 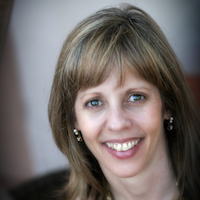