How to Create a Culture with Liberty & Equality, both. 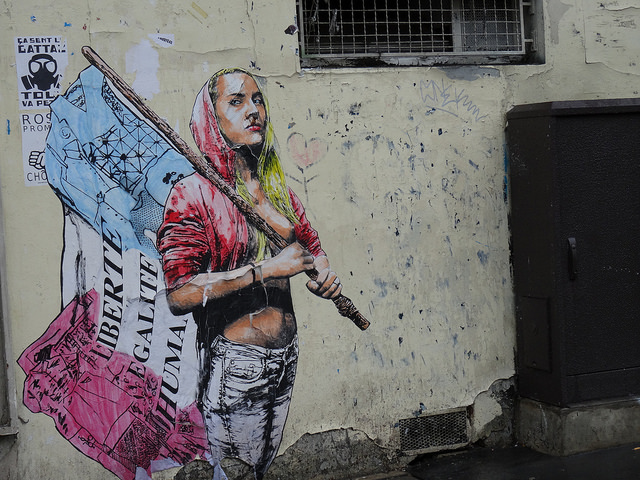 I grew up believing that “culture” is a lie.

I liked playing in the woods. Climbing trees. Hopping fences. The feel of the wind touching my face as I ran through the fields.

This is where I felt the most free and alive. In many ways, this is still where I find my solace.

The conventions of modern civilization never made much sense to me, nor the traditions, nor the courtesies, nor the ceremonies, nor anything that resembled a kind of rule set or guideline.

I remember arguing vigorously when my mother told me I was holding a fork wrong as we ate at the dinner table.

“Why does it matter?” I recall exclaiming.

This is a caricature of my relationship to culture. It has always seemed so absurd to me, so absolutely trivial and stupid. Why be so polite? Why put ourselves in a box? Why be so pleasant? Why pussyfoot our way through existence?

There is no reason for it. It made no sense to me, particularly in light of the fact that most cultural conventions are entirely banal, without any real consequence or validity.

I have a deep-seeded hatred for authority and I don’t think this will ever change, but in recent years my attitude has softened.

You see, culture is just a kind of game that we play with each other.

It is a game we play so as to make things orderly on a collective level. It is a set of rules, essentially. A kind of implicit agreement that we make as a group in order to keep things operating relatively smoothly.

Another example would be that of monetary exchange. We collectively decide(d) that this is the proper way to do business—through fiscal means rather than through simply the exchanging of resources—and that decision comes to be embedded in the very fabric of our culture. Again, this has a most profound impact on the vast web of civilization. It impacts the ways we think, as well as how we communicate with each other.

Now, I see culture as more of a game than any kind of insidious or malevolent force. This is not to say it doesn’t have malevolent elements to it—there are some dark components of the way in which our society operates.

There have been cultures that tried to predicate themselves upon the notion of being without marginalization entirely—those founded in the idea of propping up the oppressed classes and giving way to pure autonomy and communal equilibrium, and the result was the murder of something like 40 million people. So, that didn’t turn out so well.

We must strike a balance between the expression of the individual and the boundaries induced by groupthink. We need some degree of authority in any communal situation, although we have perhaps gone a bit too far in that direction.

So, even though we may at times feel asphyxiated and desensitized by the many mechanisms of culture, it has to exist to some degree.

We must find harmony between the individual and the collective—it encompasses the very structure of our world.

I’ve chosen to keep the rebel inside of me alive. I keep the revolutionary fire burning bright in the depths of my soul, but I also choose to recognize that culture is just a damn game.

We don’t live in a totalitarianism government, although there is no shortage of oppression. This is not Nazi Germany, nor is it Stalin’s Fascist vision. This is a world with many problems to solve and much work to be done, but we cannot provide solutions if we take the game of culture too seriously.

Let’s play the game, and play it well at that, but never allow ourselves to forget that it is just a game. In that, it has no eternal grasp over us. We can still be free individuals. We can still feel the fullness of life.

We need not necessarily attempt to change the rules of the game, but it may be profoundly valuable to live by our own rules. We can be fully ourselves, deeply aligned with our true nature and most authentic propensities, whilst still conforming to some degree to the culture at large.

We are always walking that fine line between embodying our intimate sense of self and capitulating to the dynamics of the collective. The closer to this center we are, the better we feel—at least that’s been the case in my own experience.

This is the Tao in Buddhist philosophy, the line between the Yin and the Yang, the quintessential harmony that underlies and pervades all of existence.