How to use Emotional Intelligence during Death & Grieving. 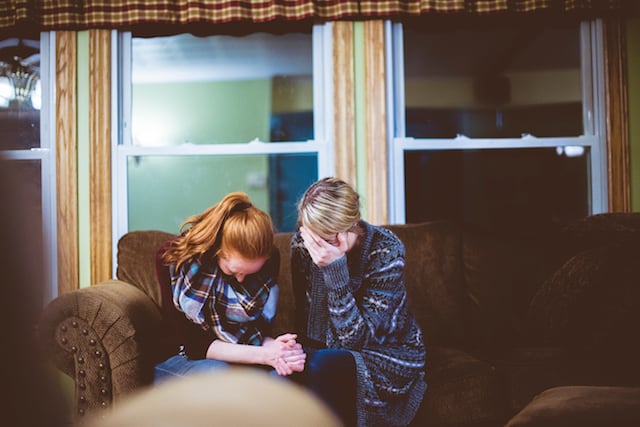 Contextual Communication is the Key to Emotional Healing.

Several years ago, I was taking a class on non-violent communication, and the instructor was going over a list of universal human needs. When she came to grief, about 90 percent of the class objected.

These were all middle-aged adults, typical Americans in almost every way except for the fact that they were living in a resort town, meaning that they were perhaps slightly more affluent than average and slightly more committed to perpetual happiness. They wanted to know why we need grief.

Anyone who has ever experienced the death of a close loved one probably wouldn’t need to ask. Death and grieving are taboo topics Western culture. They’re knowable but mostly unknown in the era of palliative and hospice care.

I’ve had the honor to work with hundreds of grieving people over the last decade, and I’ve never run into anyone yet who claimed average Americans, with no special training at all, are really good at grief support. In fact, when asked, most Americans acknowledge being at a loss for words when it comes to offering comfort at such times, and many people only know one phrase for use during times of tragedy: “I’m sorry for your loss.”

We spend years learning how to write better computer programs, sell more widgets, or invest more profitably. Few of us invest any time at all in learning better communication skills for grief, divorce, and trauma. In a culture that prides itself on competence, we’re almost completely illiterate in what may be the most vital of human skills of all—how to support each other through the darkest periods of life. What was once abundant in the village is scarce in the city.

These are not difficult skills to learn, and it doesn’t take that much time. In just the few minutes it takes to read the rest of this article, someone with virtually no exposure to grief or trauma can raise their emotional IQ significantly.

The Best Things to Say at a Funeral.

At this stage, we’re not trying to fix it, because we can’t. We’re also not trying to spin things to a more positive light with platitudes about “everything happens for a reason” and “they’re in a better place.” The goal of emotionally intelligent communication early on is simply to acknowledge their pain and sorrow, while giving them the comfort of knowing other people are here to help support them.

We also want to leave the door open for them to talk without forcing them to. It’s not unusual for them to be overwhelmed and in a bit of shock, so short and simple is best. These can be spliced and mixed in a number of ways to make them appropriate for the situation and your relationship.

“Please accept my condolences.” (This is formal and should be reserved for those we’re not close to.)
“I’m sorry you’re suffering right now.”
“I’m here with you.”
“I can’t imagine what you must be going through.”

“I know it’s really hard right now, but it won’t be like this forever.”
“I’m sorry for whatever challenges lie ahead.”
“You probably have some difficult times ahead. I hope you’re going to be okay, and that you don’t feel like you have to go through it alone.”

Sometimes eye contact and a hug is the best statement we can make.

Best Questions to Ask After a Tragedy.

The primary goal of helpers in the early stages of crisis is to gather information about the extent and context of what has happened. If we don’t already know, we’re also trying to learn more about the relationship of our friend or co-worker to whatever has happened, as well as give them the opportunity to talk about what they are experiencing if they want to.

Our tone of voice, body language, and eye contact are all essential to communicating the real bottom line: We sincerely want to know the answers, and we’re willing to listen. The only exception is the question about wanting a hug. That one makes the list because research indicates human touch, if they’re open to it, can be the simplest and most helpful form of communication during a crisis.

The Best Questions for Later.

Good grief support has little to do with what’s said at the funeral. It’s really about what happens and who shows up in the days, weeks, and months afterward. The primary goal of friends or co-workers at this stage is to stay engaged, and to understand where they are at the moment and be willing to listen. There is no time limit on grief and no orderly set of stages that everyone will go through.

I once worked with a man whose wife had died suddenly in an accident, leaving him with two small children to raise. For the first six months, he threw himself into being strong for everyone else, and was often told how impressed people were with how well he was handling it. The reality was that he had been in shock and suppressing his emotions. He didn’t really begin to grieve until six months later, when many of his friends had moved on or felt that he should be over it by then.

“Would you like a hug?”
“Would you like to go with me to _____?”
“Have you been getting out of the house at all?”
“What’s the one thing that’s giving you the most difficulty?”
“Some people have trouble eating or sleeping when they’re grieving. Are you eating and sleeping okay?”
“What’s your understanding about what’s happened/happening?”
“What kinds of resources have you used in the past to get through difficult times?”
“I know it’s not for everyone, but I can recommend a good grief counselor if you’d like.”

Because the experience of grief is unique to each person, it makes no sense to restrict communication to just one culturally approved phrase and one perspective on the meaning of what has happened. For most people, grief is ultimately not about how to forget a loved one and move on. The challenge grief presents to us is to learn something new that our culture doesn’t teach: how to love someone when that doesn’t include having them physically present, and how to carry them in our hearts as we move forward. 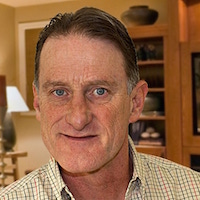